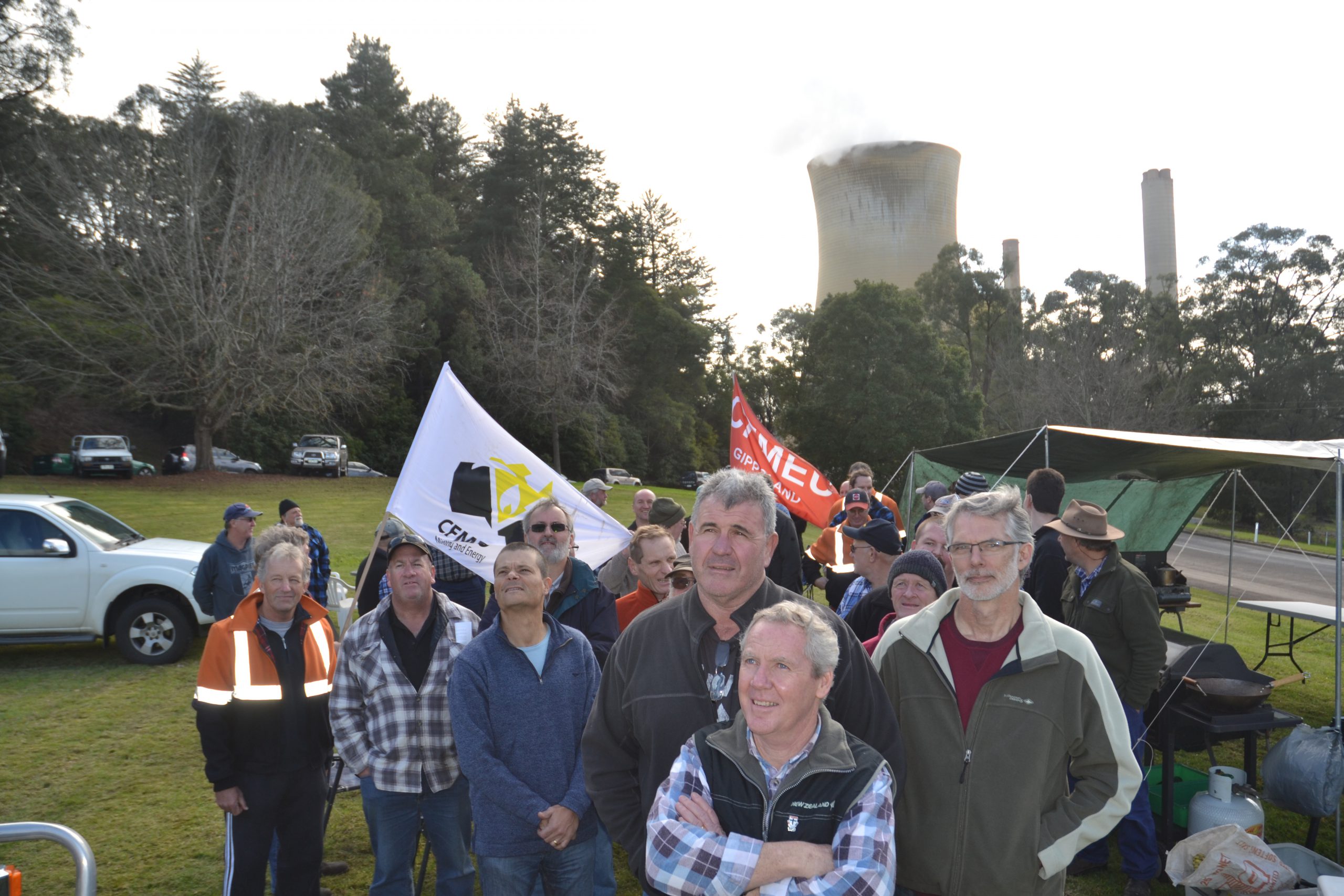 Locked out Yallourn operators are preparing themselves for a long drawn out period of financial hardship, despite the recommencement of enterprise bargaining negotiations next week.

The operators began forming a protest camp outside the station on Tuesday morning, after unanimously voting to stage an indefinite protest against Friday’s lockout at a union meeting on Monday.

With operators still settling into the routine of manning the camp on a 12-hour rotational basis yesterday afternoon, power station owner EnergyAustralia announced the recommencement of talks at a Fair Work Australia conciliation hearing next Tuesday.

The renewed talks will come less than a fortnight after a seven-day round of FWA conciliation talks ended in an impasse.

While both sides are clearly stating a desire to see an agreement reached, Construction Forestry Mining and Energy Union lead negotiator Greg Hardy has expressed doubt Yallourn management was capable of “changing its tune” so quickly.

“Ordinarily you would think that when (an industrial) situation escalates to the point of the workforce being locked out, further talks will lead to outcomes, but I don’t think in this case the company has altered the stance they showed in the first seven days of conciliation,” Mr Hardy said.

EnergyAustralia group director operations Michael Hutchinson said the onus was on the CFMEU to change its negotiation approach.

“To conclude this EBA we will need to see greater flexibility and focus on genuine negotiation from the CFMEU,” Mr Hutchinson said.

“We are determined to make progress on an EBA that will support the competitiveness of the operation and all 500 jobs of site, not just the 75 power station operators.”

Only minutes before EnergyAustralia announced the scheduled recommencement of negotiations, Australian Manufacturing Workers Union organiser Steve Dodd, who represents maintenance workers also covered by the elusive agreement, called for both parties to “take a step back” and return to negotiations, as the current lockout stalemate was counterproductive and “helped no-one”.

The 75 operators were locked out of the station by EnergyAustralia on Friday, after the workers began protected industrial action in the form of generation bans earlier that morning.

Contrary to numerous reports a picket line had been set up outside the station, the workers have assured they were not stopping anyone from entering the site for work.

“We will stay well within the law, but this will be a constant reminder to everyone at Yallourn that workers are locked out, and is designed to create controversy on the site,” Mr Hardy said on Tuesday.

Hr Hardy was quick to refute reports of bullying and intimidation outside the station, alluded to by Mr Hutchinson, as “scurrilous”, telling the company to “put up or shut up” on any further “allegations”.

He said the company’s lockout strategy was to cause financial pain to workers, forcing them to drop demands for further conditions within the EA, however he said the CFMEU was working through strategies to attract financial assistance for workers during the lockout.

One operator said while the team was trying to “make the best of a sorry situation” at the protest camp, there was still a lingering sensation of disappointment and frustration over the company’s move to lock them out.

“Some of the guys are really still in a bit of shock about the financial aspect of this – especially expecting we could be here for a couple for months, I’m a bit concerned about some of the younger guys here, they are pretty stressed about it,” the operator said.

“But this isn’t a decision we are taking lightly – we are not going to roll over in front of the company and say we are ‘sorry’; what annoys me is this perception that we are after a big pay rise.

“People think we are trying to squeeze money out of the company – but they don’t want us to have any say about manning numbers and conditions within the operation of (Yallourn); we would be happy to take the minimum payrise to have some of those conditions put in place.”