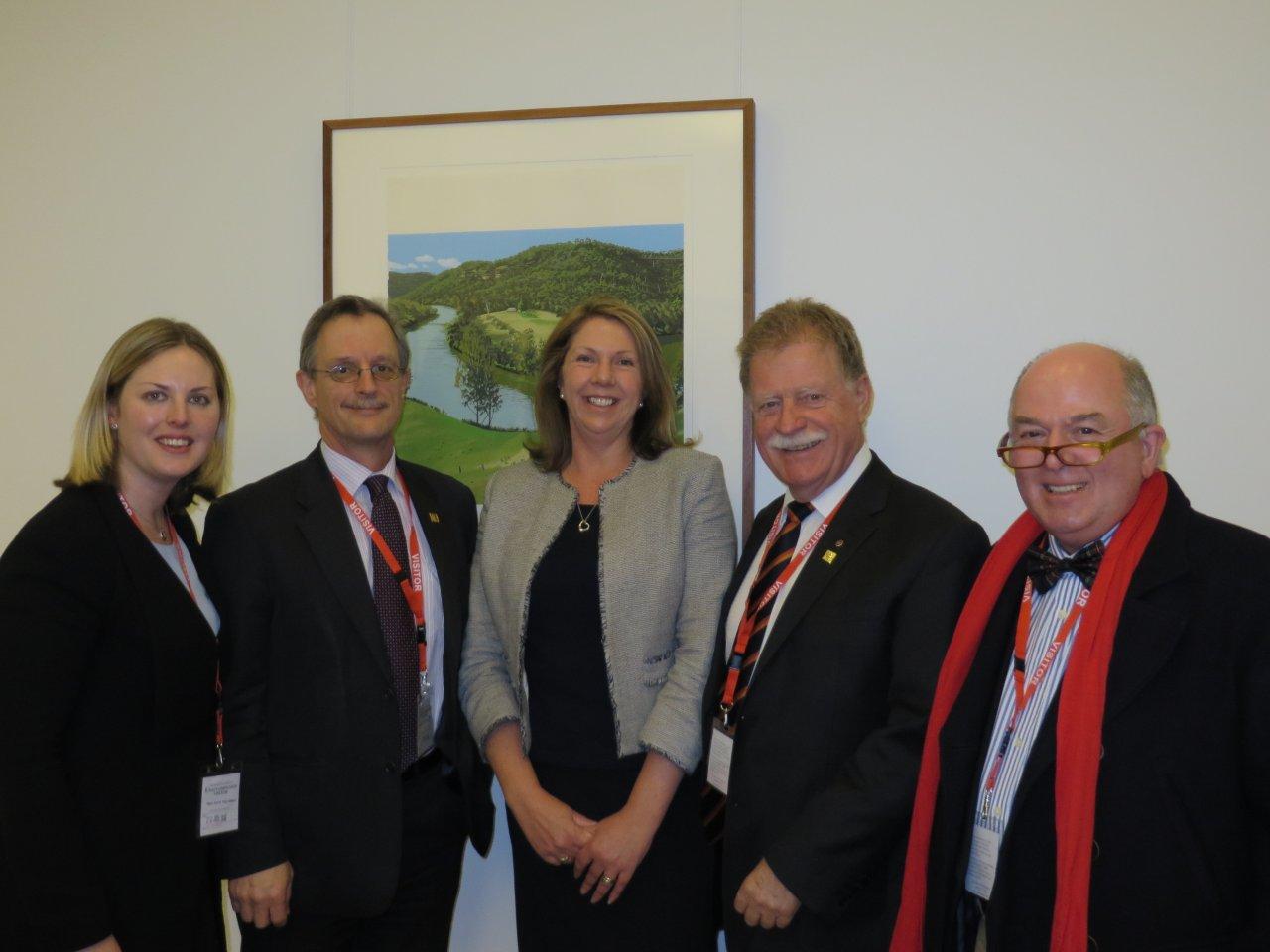 A One Gippsland advocacy delegation, mindful of a looming federal election, met with multiple government and opposition bureaucrats in an effort to secure commitments “to the future development of our region”.

Speaking with The Express after the Canberra visit, One Gippsland member Richard Elkington said the group had particularly focused on putting the Macalister Irrigation District modernisation program, vital to Gippsland’s economic potential, “on the national agenda”.

Mr Elkington said through talks with senior departmental sources, advisers to prominent ministers and opposition ministers as well as local members of parliament, One Gippsland emphasised the agricultural and processing gains to flow from the ‘MID 2030’ project.

He said “we were keen to press the right buttons,” in regards to efforts to highlight the urgency for the $83 million needed to complete phase one of the project.

One Gippsland was directed to discuss the MID 2030 project with Federal Sustainability, Environment, Water, Population and Communities Minister Tony Burke.

While full duplication of the Princes Highway from Traralgon to Sale was another key focus, Mr Elkington said One Gippsland’s approach would, in response to advice from Canberra, now expand to push for an upgrade to the entire highway, from Melbourne to the border, rather than a 21km stretch.

He said a Princes Highway ‘improvement committee’ might now be formed.

Mr Elkington said attempts by One Gippsland to reiterate the need for a stage 2a redevelopment at Latrobe Regional Hospital – worth about $65 million – appeared unsuccessful.

“We tried to bring that back onto the table but were advised the Commonwealth is not in the mix,” he said, adding One Gippsland would now seek meetings with State Health Minister David Davis on the matter.

With no sign of the “firm commitments” One Gippsland spokesperson Mary Aldred said the group hoped to secure from their trip, Mr Elkington said the group was not prepared to accept negative responses but would instead “now find new ways to do things”.

Feedback over a local push for funding support to the proposed East West Link road project – promoted as one which would help Gippsland businesses get their products more efficiently to markets – was adverse.

Mr Elkington said government sources indicated the project had “no business case, but needs one” though opposition MPs confirmed a Coalition Government would help fund the road.

He also said $50,000 had been allocated through Regional Development Australia (Gippsland) to a social impact study for the Latrobe Valley.

The project would initially see Monash University Gippsland undertake data collection to feed into a study which would then inform social programs in an effort to improve ‘social capital’ in the region, he said, as part of a wider intervention plan.