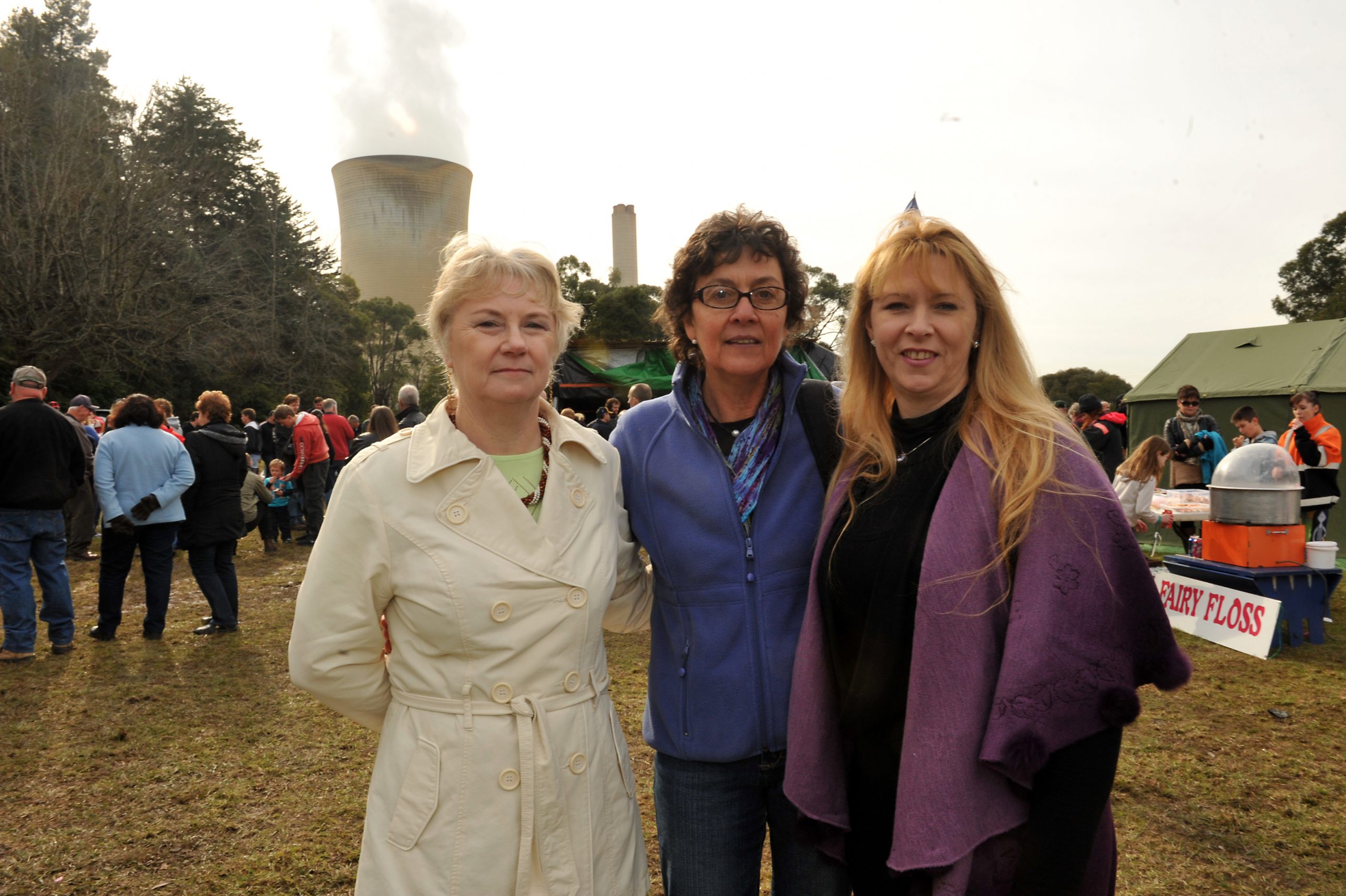 The wives of workers entering their fourth week of an EnergyAustralia-imposed lockout of the Yallourn Power Station say their families are suffering financial strain and emotional turmoil as a result of the industrial deadlock.

At a barbecue in support of the 75 locked out operators on Thursday, families were still reeling.

“This particular type of thing is like a slap in the face to us,” Glenda Di Labio, whose husband has worked at Yallourn for almost 40 years, said.

“They’ve been loyal workers for a long time and it seems to them that this is how the company thanks them, by basically telling them ‘we’re locking you out because you can’t agree with what we want to do’.”

Janine Bodley said she had to deal with the “embarrassment of parents supplying food”.

“That’s never, ever happened before,” she said.

“Our youngest daughter says ‘why is daddy upset all the time?’

“There’s no smiling faces, they’re (the workers) all really depressed.”

Jill Cheek, whose husband has worked at Yallourn for 31 years, said the lockout also had financial implications for the broader community.

“I have been down the street once to go shopping,” Ms Cheek said.

“I haven’t gone to any of the other local shops that I would normally be supporting in Moe.”

EnergyAustralia executive manager operations and construction Michael Hutchinson said he understood the impact the dispute had on families on “both sides of the fence”.