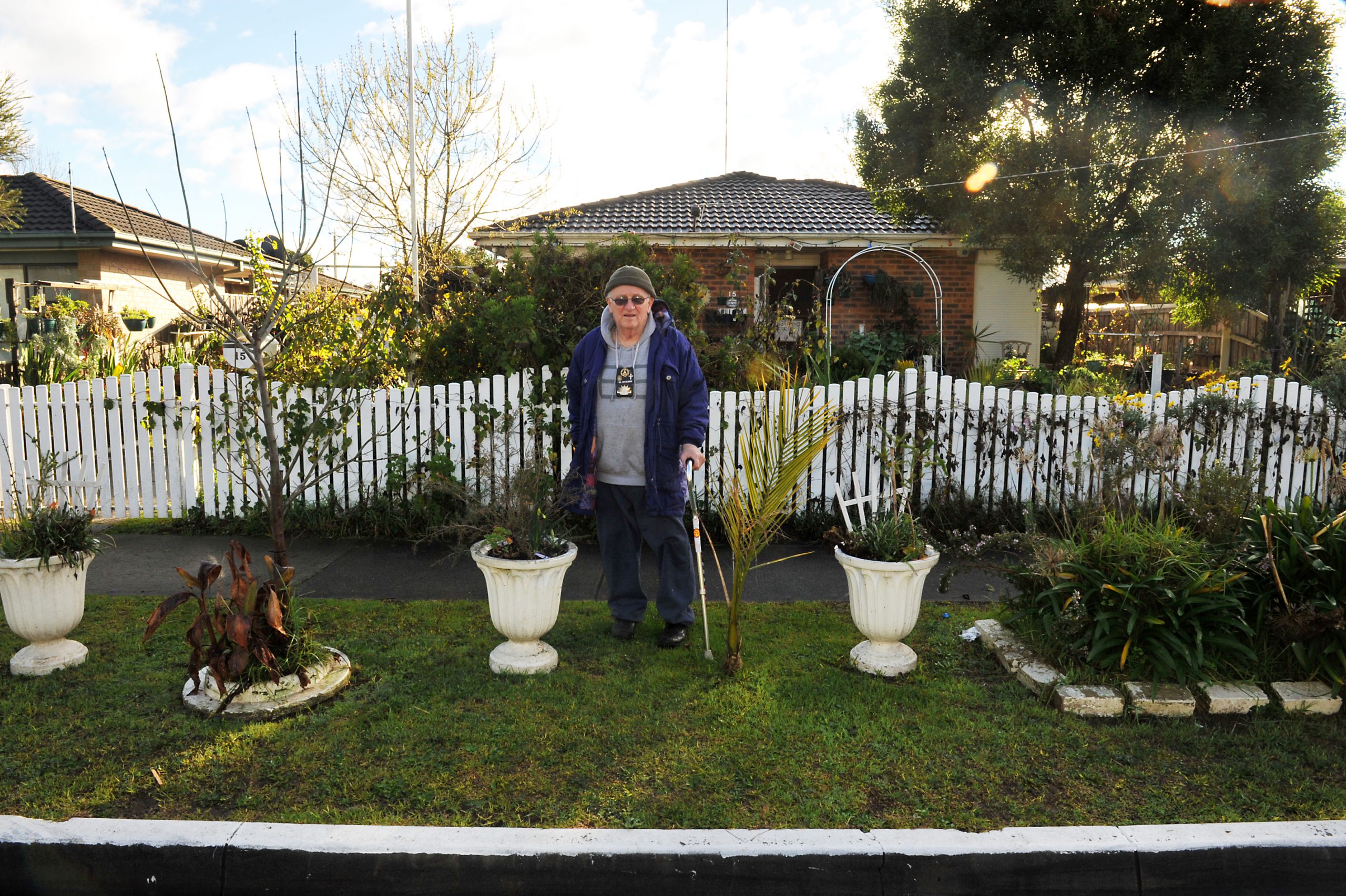 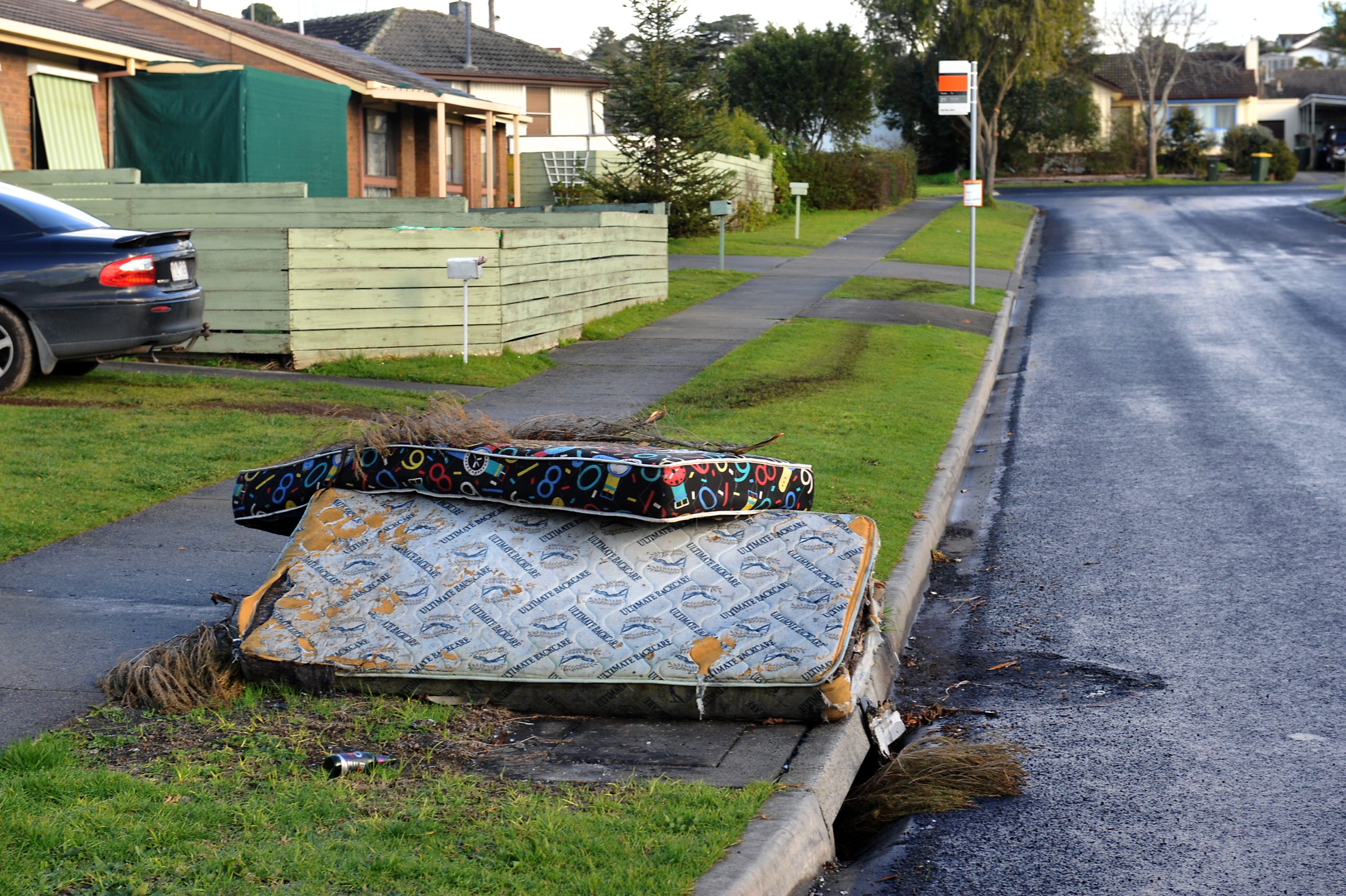 An ailing Morwell man has vowed to fight for his prized curbside garden, amid ongoing pressure from government authorities to remove the pot plants and shrubs.

As part of an ongoing three-year saga, public housing tenant and avid community member Colin Bermingham, 69, was told he had seven days to remove the nature strip garden, in a personal visit from two officers from Department of Human Services last Thursday.

However Mr Bermingham, who is struggling with septicaemia – a life-threatening form of blood poisoning – believes he has only “a matter of months to live” and has vowed to resist the orders so he can enjoy his garden.

“I haven’t given up fighting, but I can’t help but feel I’m treated badly – I shouldn’t have to put up with this,” Mr Bermingham said.

Mr Bermingham’s landlord, DHS visited the property on Thursday to remind him to comply with Latrobe City Council’s local laws, which prohibit vegetation other than grass to be grown on nature strips without a permit.

However in an ironic back story, Mr Bermingman received a letter of commendation from DHS in April, thanking him for his recent involvement in a State Government gardening competition.

“I would like to thank you, not just for entering the competition, but for the obvious respect you have for your property and would like to urge you to consider entering again in the future,” DHS division manager residential client services Rod Forrer wrote in the letter.

Mr Bermingham also won a home improvement competition from the Morwell East Residents Group, in recognition of the effort he had made to improve the appearance of his property.

In a notice to comply from Latrobe City Council, dated 11 April, Mr Bermingham was informed his nature strip garden constituted a breach in local law, and was ordered to remove all plants from the strip.

“It shall be an offence… for an adjacent property owner to fail to maintain a nature strip to the satisfaction of an authorised officer where maintenance includes removal of objects,” the notice stated.

However the order came shortly before Mr Bermingham’s diagnosis, committing him to a hectic schedule of appointments with medical specialists.

“I’m very angry about this – my condition has been deteriorating fast, and I just want to be left alone,” Mr Bermingham said.

“Unfortunately, no permit application has been received for this location. To determine a permit can be granted we would consider community safety in relation to potential trip hazards or possible property damage,” Mr Elder said.

In a visit to the property by The Express last week, the garden pots and shrubs were not impeding the footpath, adjacent driveways, or the road.

Two doors down, neighbour Dorothy Faithful said Mr Bermingham’s nature strip garden “was not hurting anybody”, pointing to a large pile of mattresses five doors up the street, which she said had been sitting there for more than six months, and been set alight on two separate occasions.

“If he wants to do something nice with his strip, he should be able to – it’s well-kept, and not inconveniencing anyone – it’s not really fair,” Ms Faithful said.

Mr Elder said council officers could not ignore breaches in local laws once they were alerted, and were required to take appropriate action to achieve compliance.