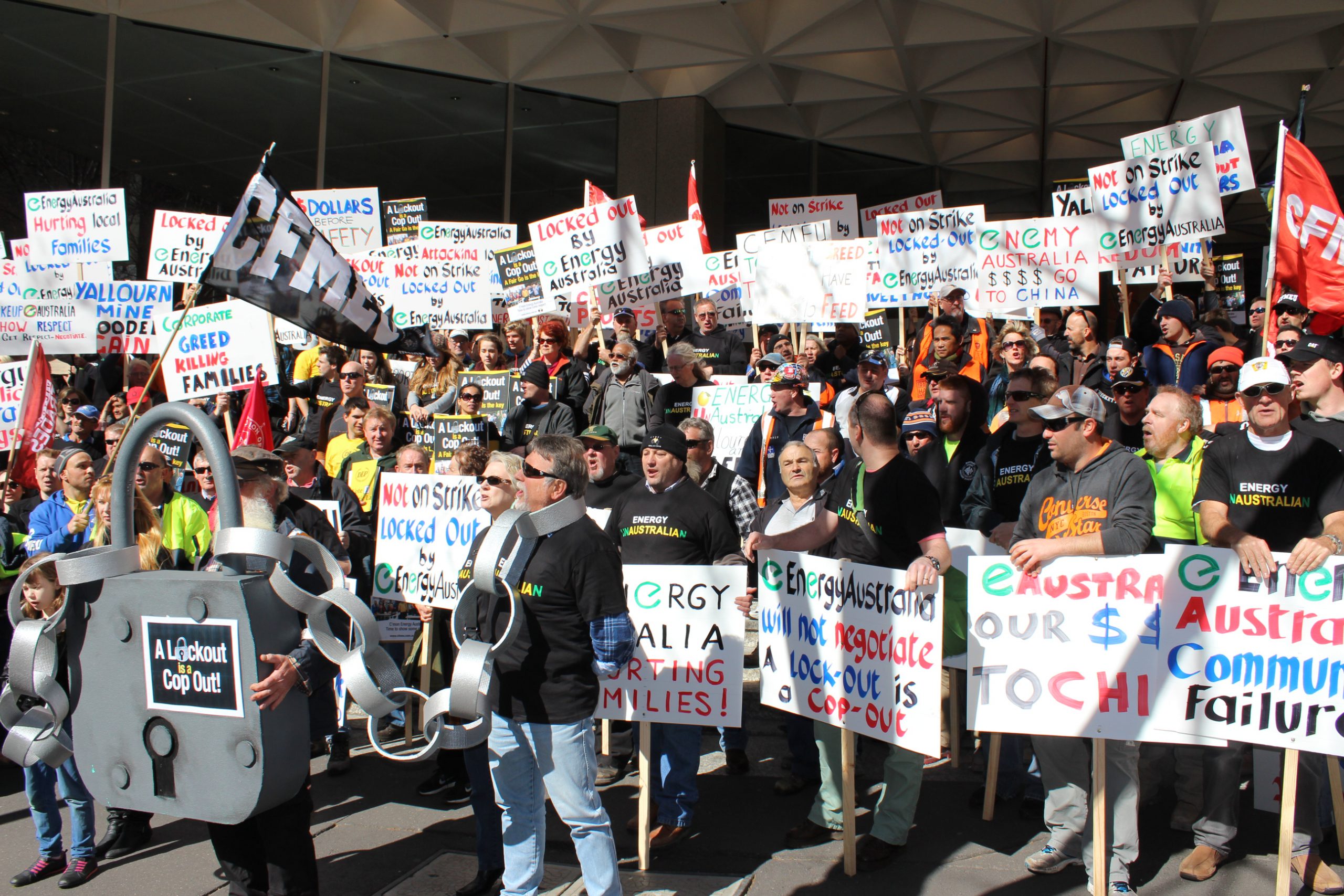 Hundreds of people marched the streets of Melbourne in support of 75 locked out Yallourn operators on Friday, who say their resolve has only been emboldening by the show of support.

A contingent of about 200 Latrobe Valley power industry workers and their families bussed down to the city, where they were met by alternative worker unions, environmental and church groups, before marching to EnergyAustralia headquarters.

Construction Forestry Mining and Energy Union mining and energy president Luke van der Meulen said the rally was a high point for workers, with additional funding of $10,000 per fortnight committed by the CFMEU’s Queensland branch.

“We were very noisy for a smallish crowd, and we were easily able to block the street,” Mr van der Meulen said.

“While will we are completely committed to reaching agreement, we are very prepared for a long dispute, and we are only becoming more and more resourced to financially support our boys.”

The 75 operators have been locked out since 21 June, after the workers implemented generation bans as part of protected industrial action, in an attempt to force the company to agree to key conditions within a new enterprise bargaining agreement, which has been under negotiation for 12 months.

EnergyAustralia group directors operations Michael Hutchinson said the lockout was causing clear financial strain on employees and their families, and the workers should apply to Fair Work Australia to have the lockout terminated.

However the CFMEU have resoundly rejected that course of action as an option, as it would ultimately force FWA to arbitrate a decision on EA conditions, which it believes would favour the company’s claims.

Conciliation between the parties will recommence in Fair Work Australia on 27 August.