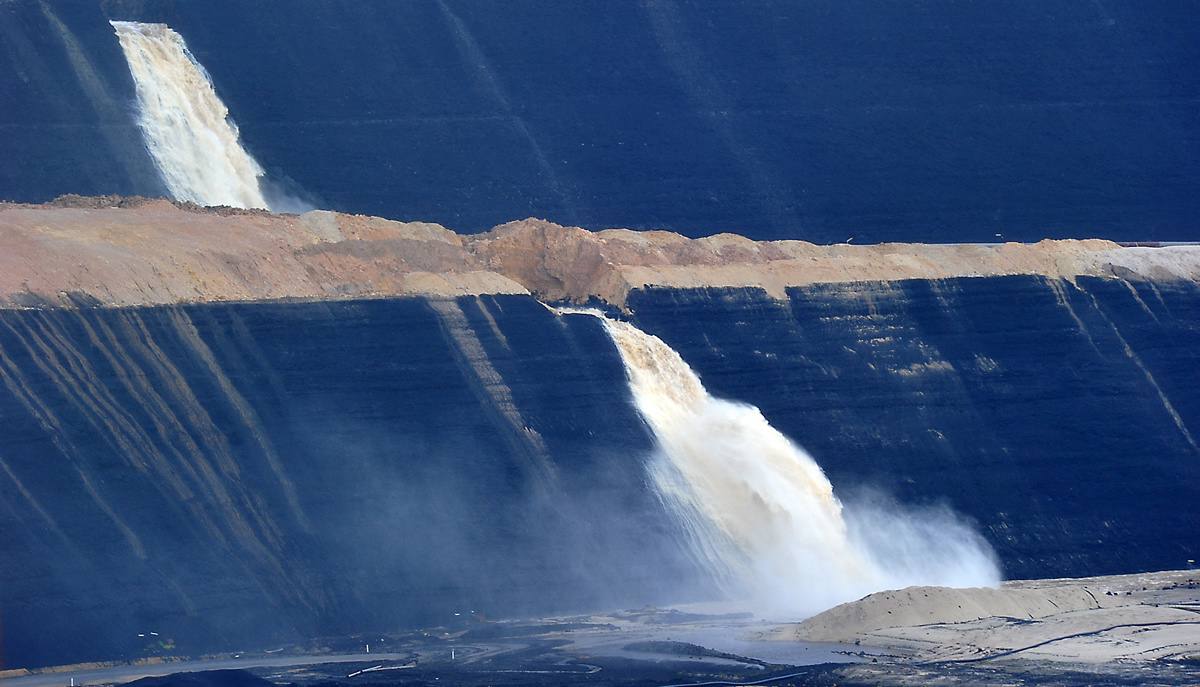 River water is cascading into Yallourn open cut once again, pushing a coal supply conveyor to the brink of inoperability.

Hundreds of millions of litres of water have been flooding into Yallourn’s East Field mine every day since late last week, after ongoing localised rainfall pushed the mine’s water management plan to its limits.

As of Friday, the East Field mine contained a gigalitre of water, and was taking on 300 megalitres every day, an intake rate which was expected to increase over the weekend.

The company is still working to repair the Morwell River Diversion, which redirects water from Morwell River to the Latrobe River through the middle of the open cut, after the diversion failed in June last year.

“While the temporary river-to-river pumping and pipework system can hold up to 120 per cent of average river flows, the increased river flows has exceeded this,” an EnergyAustralia spokeswoman said.

“Work on the Morwell River Diversion repair has always been dependent on weather conditions.

“The lower coal conveyer is currently operational however it is likely to be impacted by rising water in the next few days. If this occurs, coal will be sourced from another location in the mine and will not impact on our ability to continue running two (power generation) units.”

On Friday the company was pumping 150 megalitres per day from the mine into the Latrobe River under an emergency discharge licence approved by the Environmental Protection Authority.