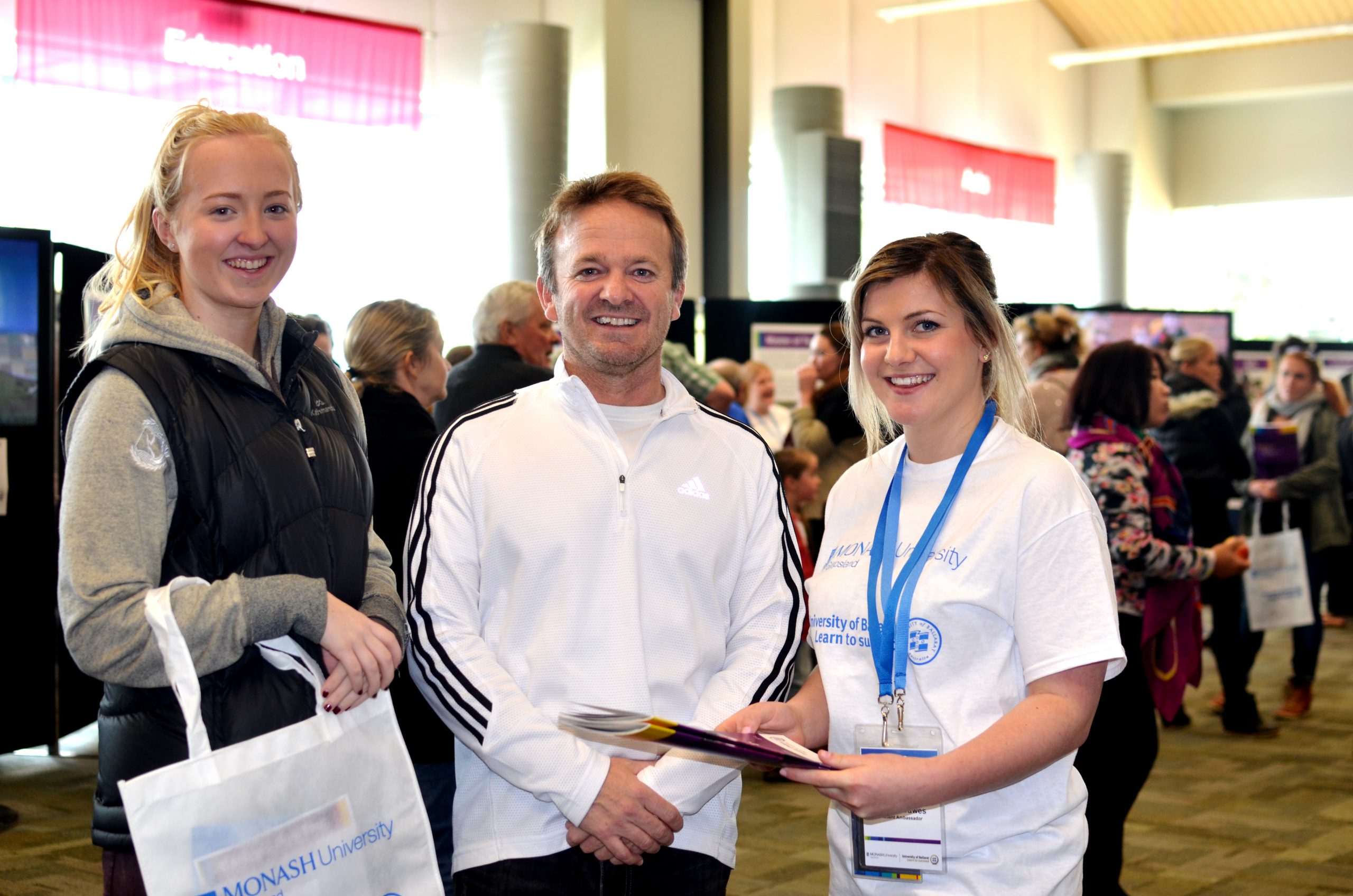 ATTENDANCE figures at last weekend’s Monash University Gippsland campus Open Day have been welcomed as a sign of “genuine” public support for a new Federation University of Australia entity, set to commence next year.

The event was marketed as an opportunity for the public to “learn more about the merger with the University of Ballarat and the range of the study options for 2014”.

Professor Pollard said public support for the event was “pleasing for both universities”.

He said the strong attendance indicated “a genuine interest in what is taking place at the campus and support for what we are all setting out to achieve – the delivery of high quality, accessible and supportive education here in Gippsland”.

Speaking with The Express Professor Battersby said his experience at open day, and subsequent feedback from staff, “reinforced for us that the staff’s enthusiasm is shared by the broader community and region”, adding prospective students had travelled significant distances to attend the event.

“All the staff I spoke to were very upbeat, you can feel a buzz about the place and with 4000 students turning up we know people are very interested in the potential of FedUni,” he said.

Referring to FedUni-branded marketing material distributed on the day, Professor Battersby said it provided “a taster of what is to come”.

A Monash spokesperson said recent suggestions of continued confusion around the new entity’s proposed name were unfounded, claiming instead there was “a high level of understanding of the planned changes”.