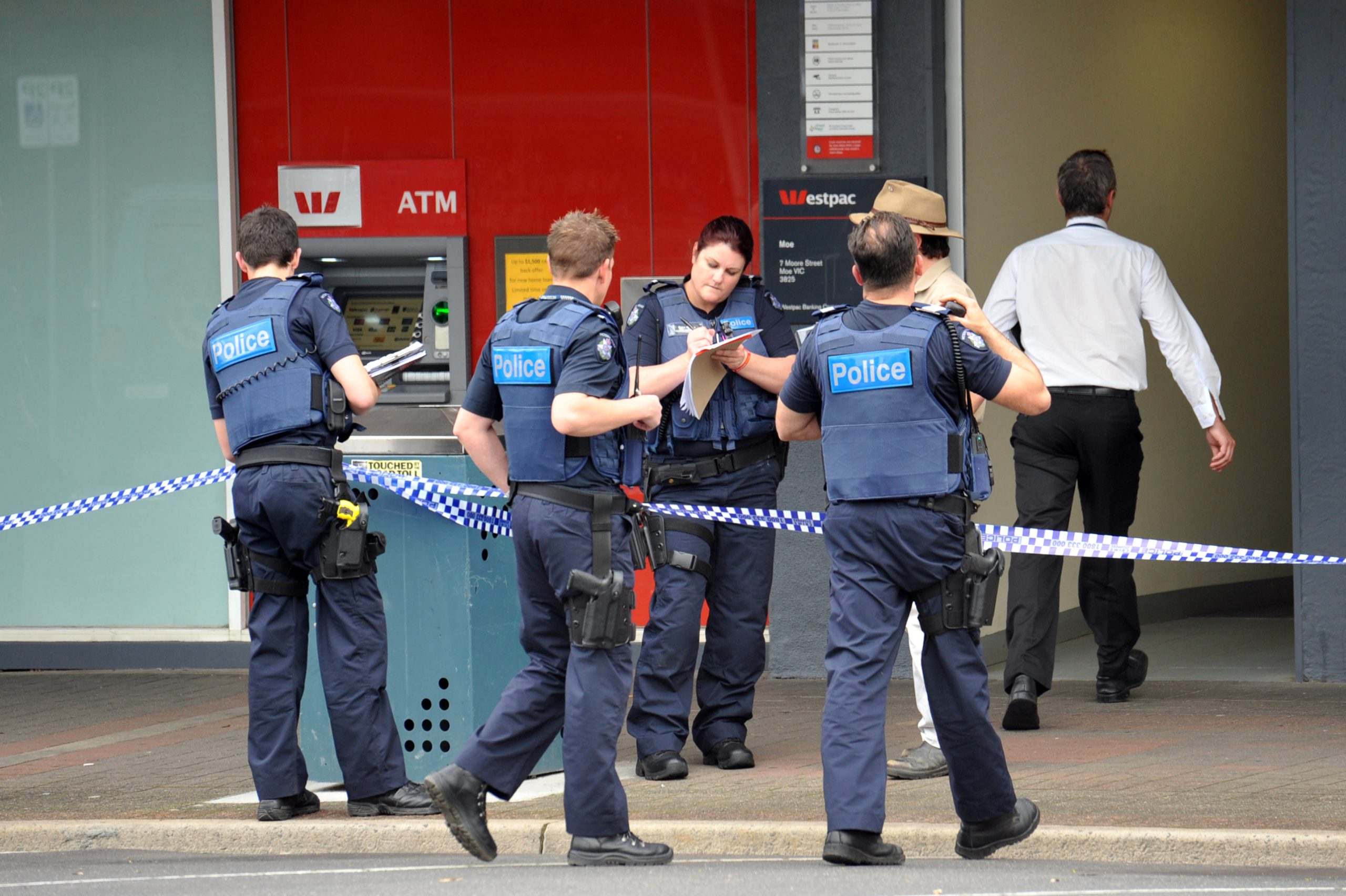 A man has been taken into police custody following an armed bank robbery at Moe this afternoon.

About 2pm a man wearing a facial disguise entered the Westpac bank on Moore Street with a firearm and took an undisclosed amount of cash, before fleeing.

He was later apprehended by police and is currently assisting them with the investigation.

At least four bank staff were present at the time of the incident, along with customers.

They were not injured.Latrobe Detective Sergeant Ian Ricardo described the incident as “brazen”.