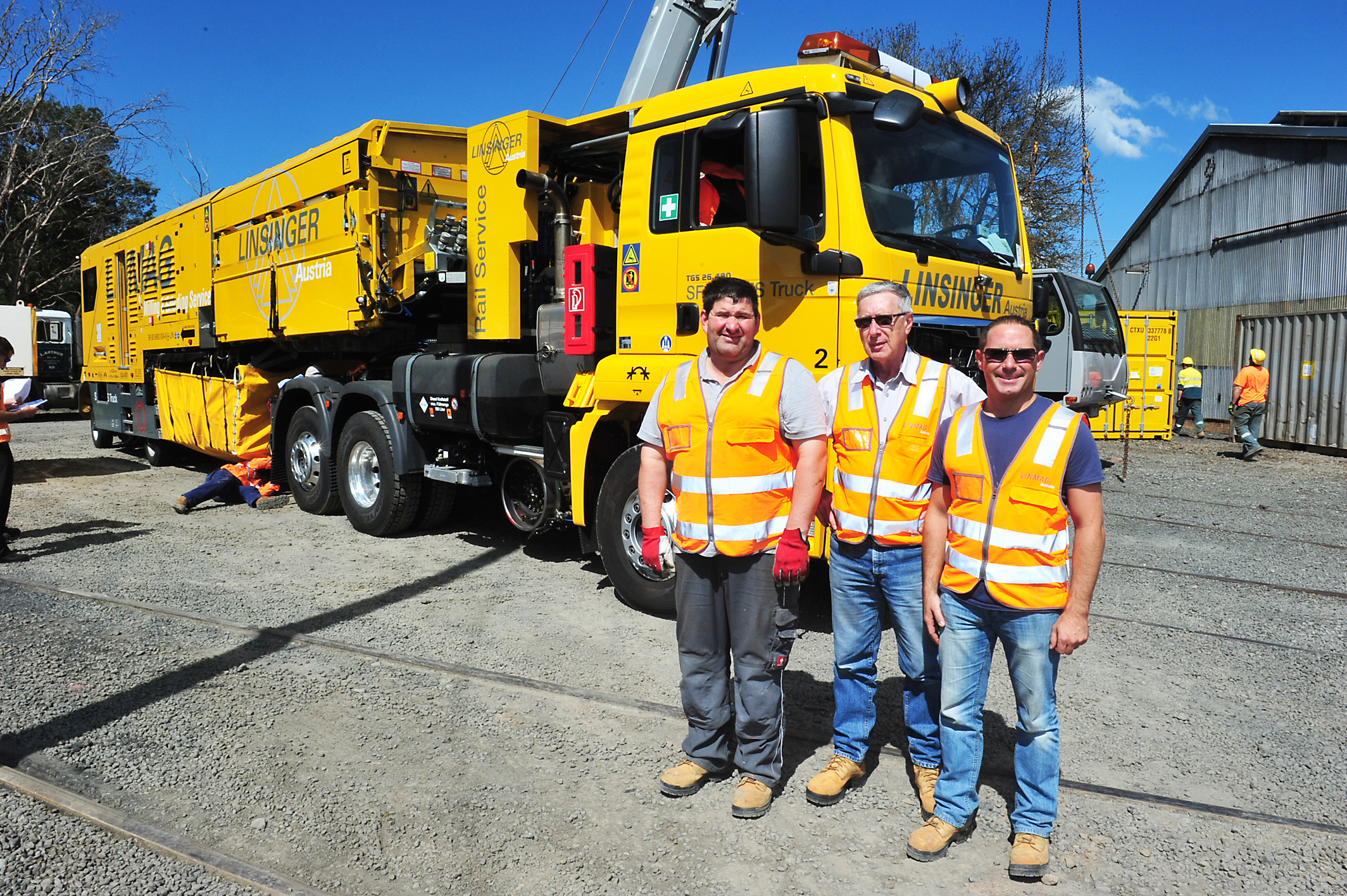 The much-anticipated answer to Gippsland’s V/Line rail woes has arrived in the Latrobe Valley, fresh from an eight-week sea voyage from Europe.

The $13 million Austrian-made Linsinger milling machine, previously referred to by The Express as a ‘grinder’, is set to undergo trial tests along the closed rail line east of Traralgon on Monday, before commencing ‘milling’ operations on Tuesday.

The machine is required to smooth off sections of uneven track at 32 level crossings over the coming month, where incoming trains were failing to trigger level crossing signals and boom gates before the Bairnsdale service was closed in March.

Linsinger’s Australian partner, Benson Machines, is administering the machine’s use in Australia, originally solicited to come to Melbourne to mill the suburban rail network.

“Traditionally when people have had to re-profile rail in Australia, they’ve used a grinding process using wheels that spin around like mad and light up machines like a Christmas tree,” Mr Cooper said.

“As opposed to grinding, this machine’s milling process actually slices off about a millimetre of the rail, taking any imperfections in the line with it.

“At some places along the (Gippsland) line the track is so badly worn that there was only a minute level of contact between the track and the train wheels, to the point where grinding wouldn’t be able to fix that.”

He said the milling of the line would increase its remaining life span by about 300 per cent.

“For V/Line to employ this technology now is a good tactic, because infrastructure maintenance costs in the future will be significantly lowered,” he said.

Mr Cooper said the introduction of the milling technology would help bring Australian maintenance up to speed with standard European practice, where rail milling was introduced to German rail networks in the 1980s.

“We are talking of actually christening the machine’s first use in Australia, but we are still yet to decide with the V/Line guys as to whether we use some champagne or some good quality working man’s beer,” he said.

V/Line services are predicted to recommence east of Traralgon at the end of October, subject to the track’s re-profiling schedule.