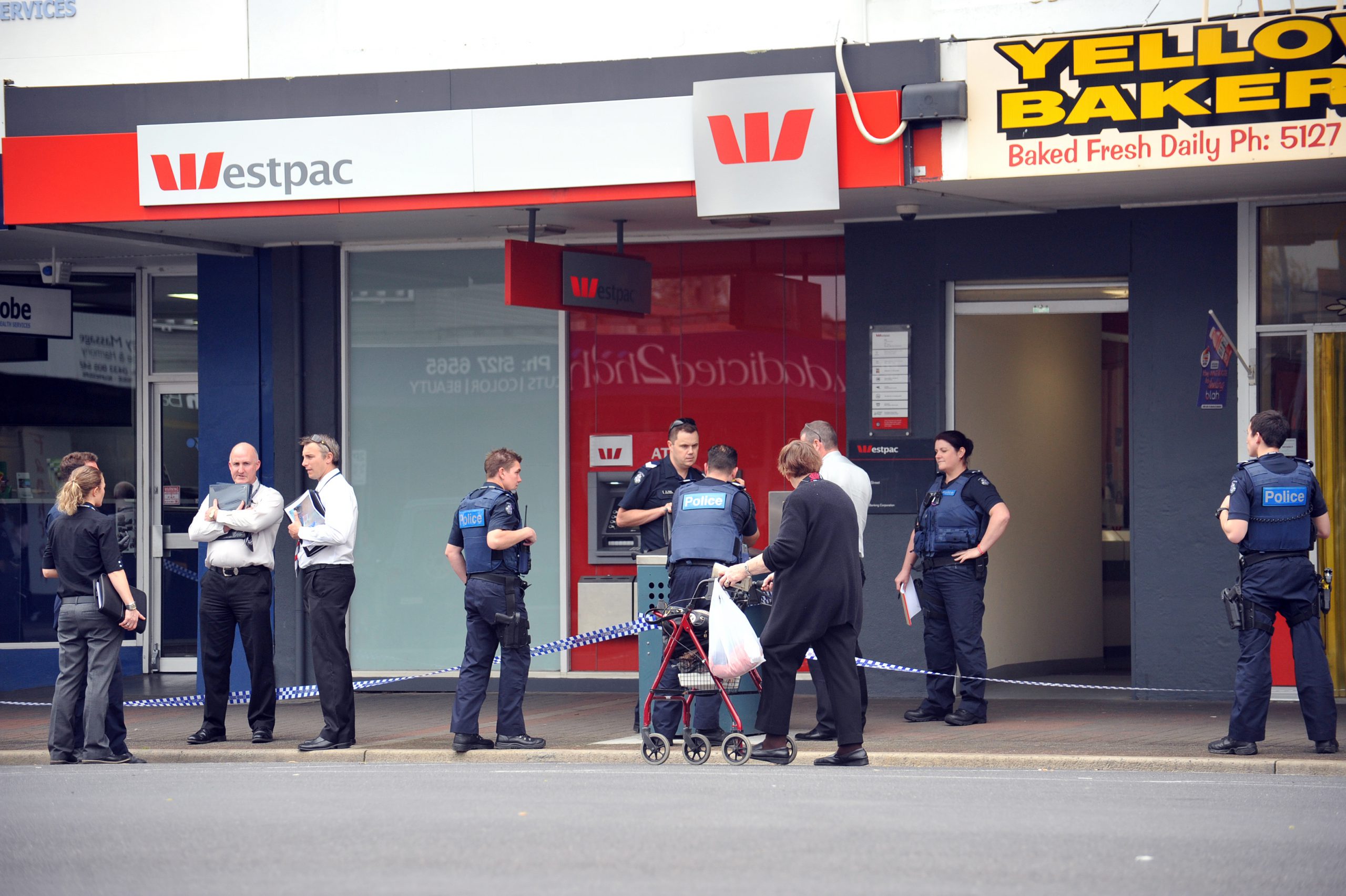 The man charged with robbing Moe’s Westpac bank on Monday afternoon was allegedly carrying a silver-coloured pistol at the time.

The 39 year-old Moe man is charged with robbing the bank of $8900, possessing a firearm and possessing drug of dependence amphetamine.

He did not apply for bail and will return to court on 12 December for a committal mention.

Tansley was apprehended by police on Monday afternoon after fleeing the Moore Street bank.

The staff and customers present during the incident were uninjured.