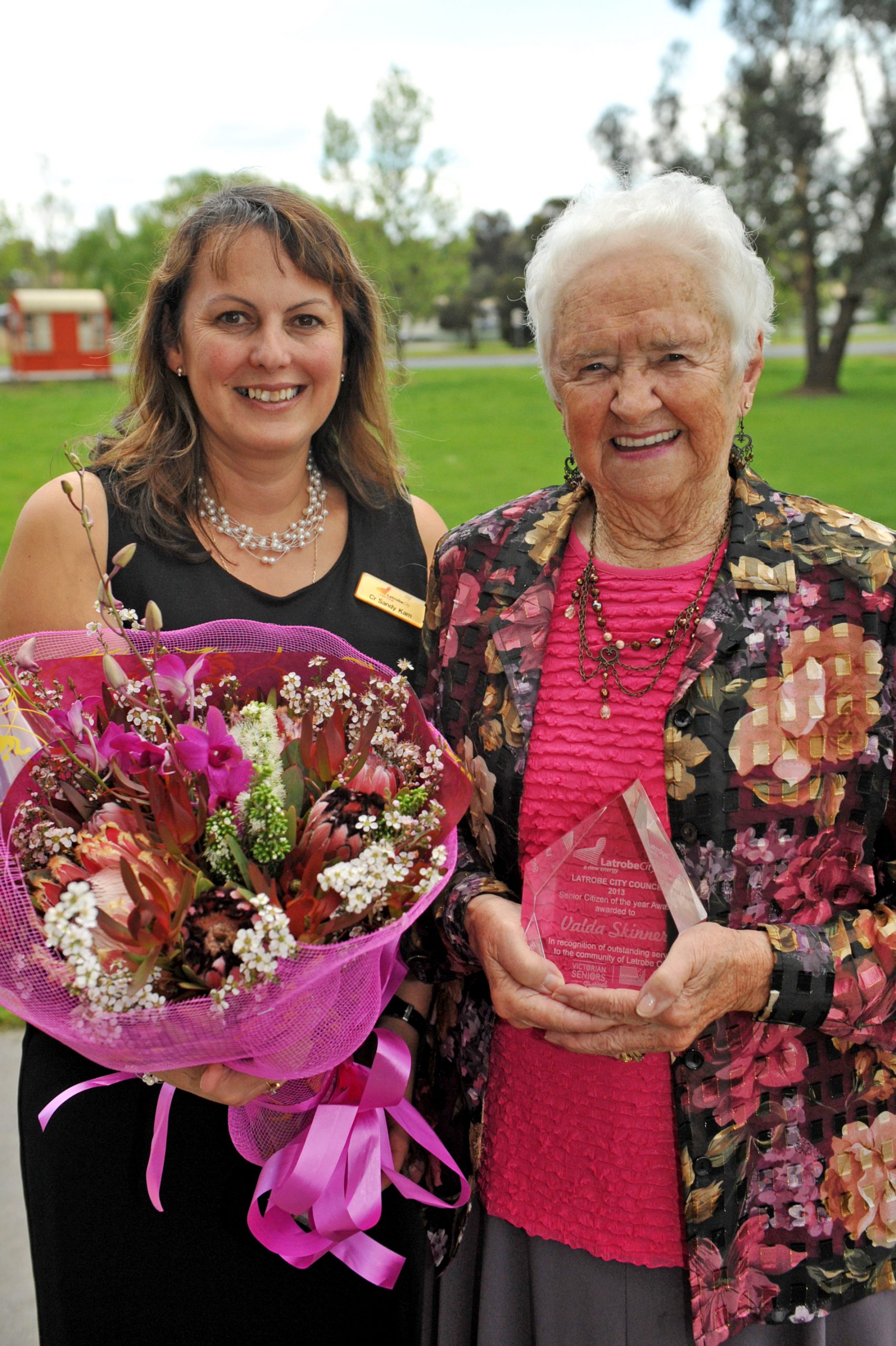 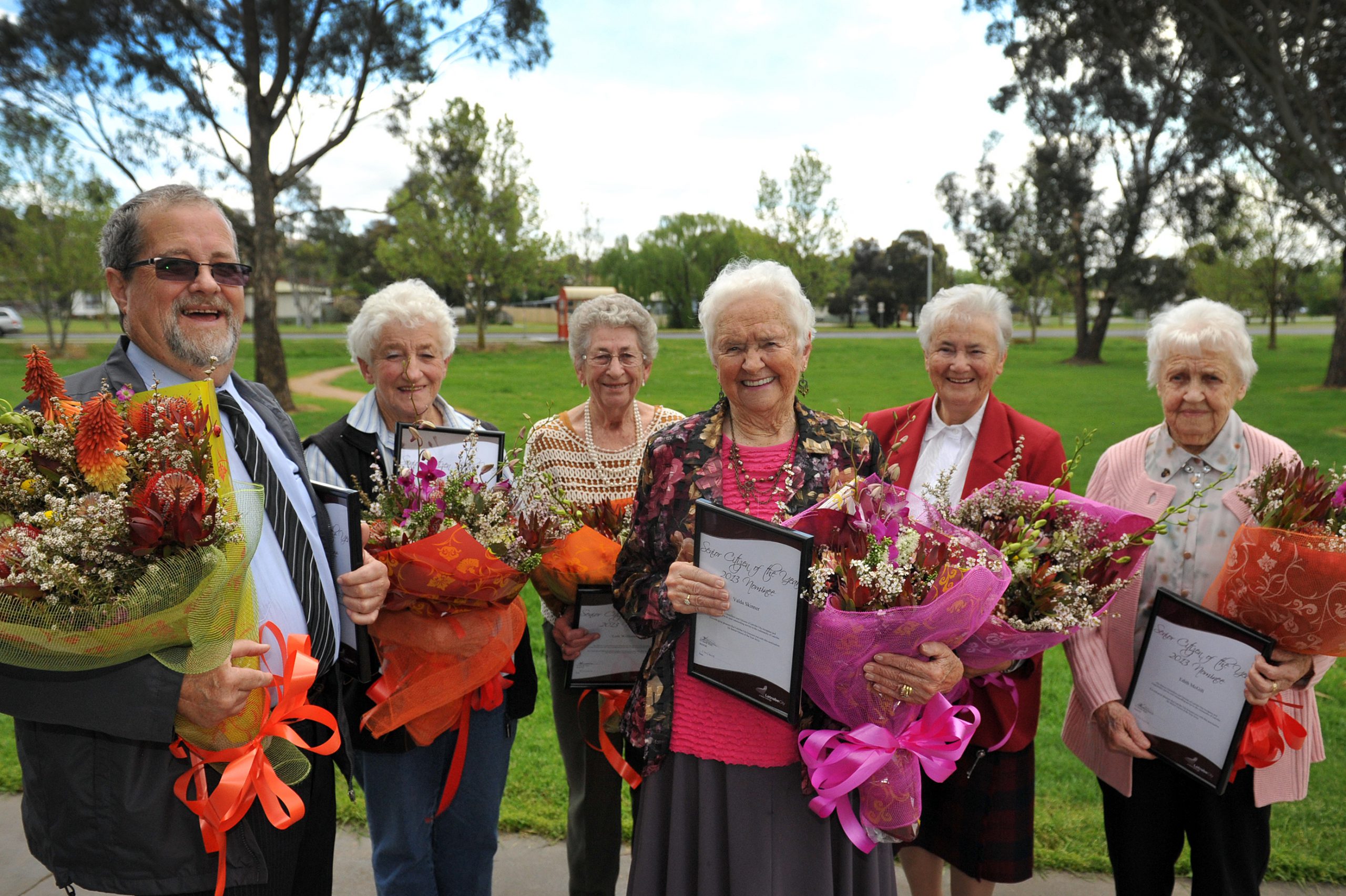 More than 50 years of dedication to the community was recognised when Traralgon’s Val Skinner was named Latrobe City Senior Citizen of the Year.

The 88 year-old was “very surprised and thrilled” to receive the award at a high tea at Waratah Restaurant on Monday, which doubled as the launch to the 2013 Seniors Festival.

Mrs Skinner has been volunteering for community groups since she joined Pax Hill Kindergarten committee in 1955.

She said she became involved with many of the groups through her four children, including the Grey Street Mothers Club, Scouts and Guides.

Her involvement with the Traralgon Cancer Council, which has raised $40,000 during each of the past few years, and the Traralgon Ladies Probus Club keeps her active within the community.

“(Volunteering) just comes naturally. Somebody has got to do it. I usually put my hand up for treasurer or sometimes secretary,” Mrs Skinner said.

The other 2013 nominees were Shirley Newell, Lois Williams, Doreen Billington, Victor Madex and Edith McGill, who all contributed hundreds of volunteer hours to a variety of different community groups throughout their lives.

Latrobe City mayor Sandy Kam said all the nominees were of a high calibre and represented how active the older Latrobe Valley population was.

“They are all great role models to the rest of us and are still connected, and educate and contribute to the community,” Cr Kam said.

“I think it’s really important to remember that as we finish paid employment there is a world of opportunities and we need to embrace them.”