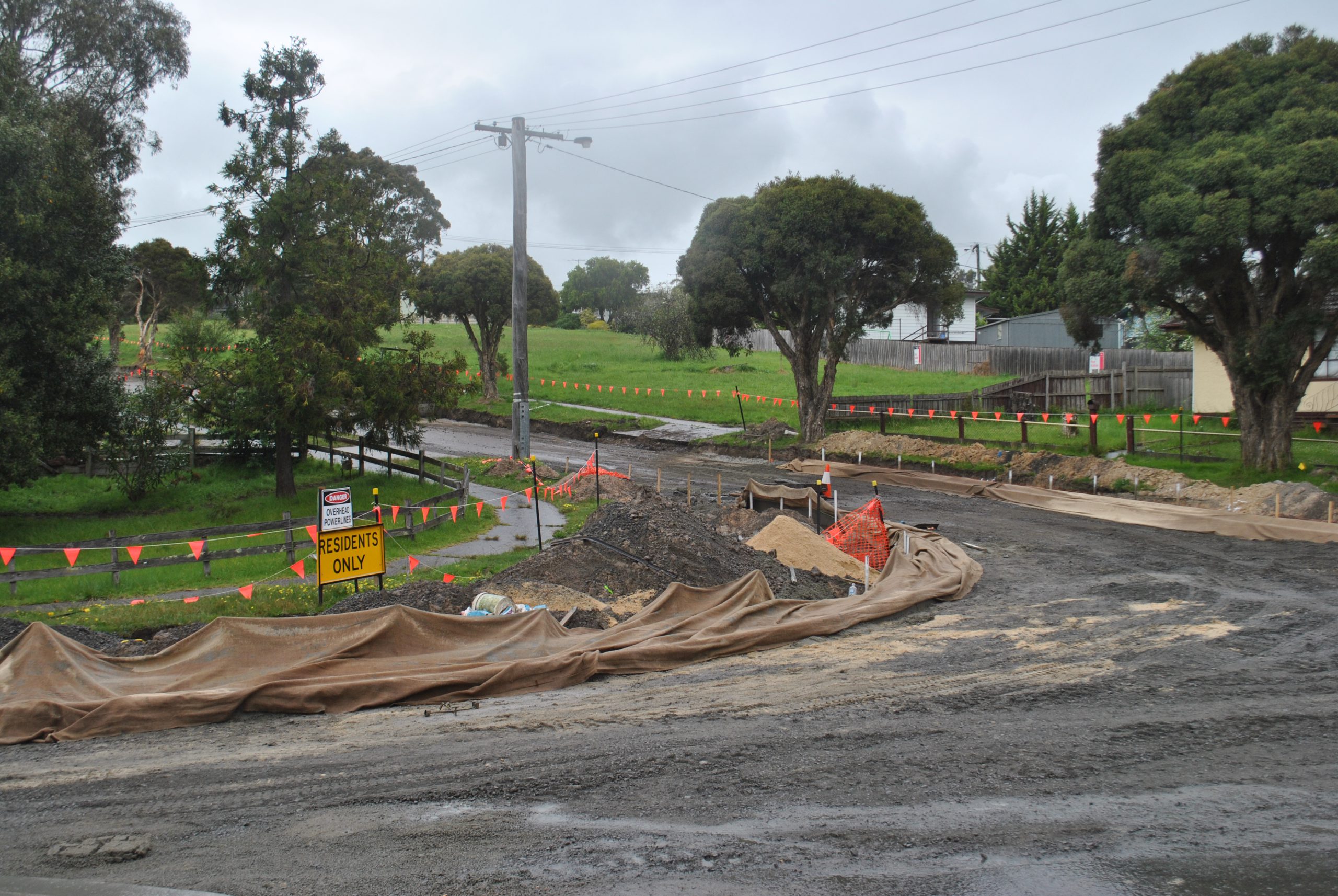 Road improvements in a Morwell street have been held up for at least a month because of Latrobe City Council’s controversial new procurement guidelines.

The contractor associated with the project said under council’s former policy, work could have recommenced just a day after issues were discovered.

On Tuesday work to reconstruct the road pavement at Kelly Street was brought to a halt because of an unforeseen issue relating to the suitability of the existing clay underneath.

Addressing the matter will require a variation to the contract, which under council’s newly-adopted procurement policy, needs to be approved by councillors themselves, rather than by council officers and managers.

Councillors are expected to consider the variation on 6 November, almost a month after the suspension of the project.

Sure Constructions director David Sowerby, whose company is the principal contractor for the Kelly Street works, said under the previous procurement policy, a team of council officers and managers within Latrobe City could have authorised such a variation within 24 hours.

“In the 24 hours the officers would cross check against rates from other projects and other contractors and ultimately approve via an internal review process involving up to five people,” Mr Sowerby said.

“They do it efficiently, as opposed to then preparing a full council report and waiting up to a month for it to be approved.”

He said it was difficult to predict what kind of soil could be found under roads in the Latrobe Valley due to its variable nature and as such the need for variations like that at Kelly Street were commonplace.

“We are looking forward to engaging with councillors in a transparent manner, so that they might understand the legitimate consequences that this policy has created,” Mr Sowerby said.

Morwell-based councillor Christine Sindt does not support the new procurement policy, which has divided council.

She visited Kelly Street on Thursday.

“You put your foot on the soil and it was spongey. That was totally unforeseen,” Cr Sindt said.

She said councillors were not qualified to make decisions on technical variations.

“Even though I have a degree in science and I have done post doctoral work in engineering, that is not my personal area of expertise and I would never even claim to have the capacity to authorise a variation.”

Roadworks in Morwell’s Jill Street also require variations, but the overall project has been able to continue.

“Officers have rescheduled elements of the project to limit the impact on delivery, but there may be delay costs claimed by the contractor,” Latrobe City’s general manager recreation, culture and community infrastructure Grantley Switzer said.

“Two contract variations are required and include; constructing two additional grated side entry pits to avoid clashing with an undocumented redundant gas main and reconstructing an existing storm water pit due to its existing condition and location.”

The variations will also be presented to council on 6 November for approval.

As part of the annual review of council’s procurement procedures, councillors Michael Rossiter and Dale Harriman successfully put forward their own amended policy which will limit the amount of expenditure council officers and managers are allowed to authorise without councillors first voting on the matter.

The majority of building variations for public infrastructure projects like roads, drains and bridges will now have to be approved by councillors.

The Express could not reach crs Harriman and Rossiter for comment.