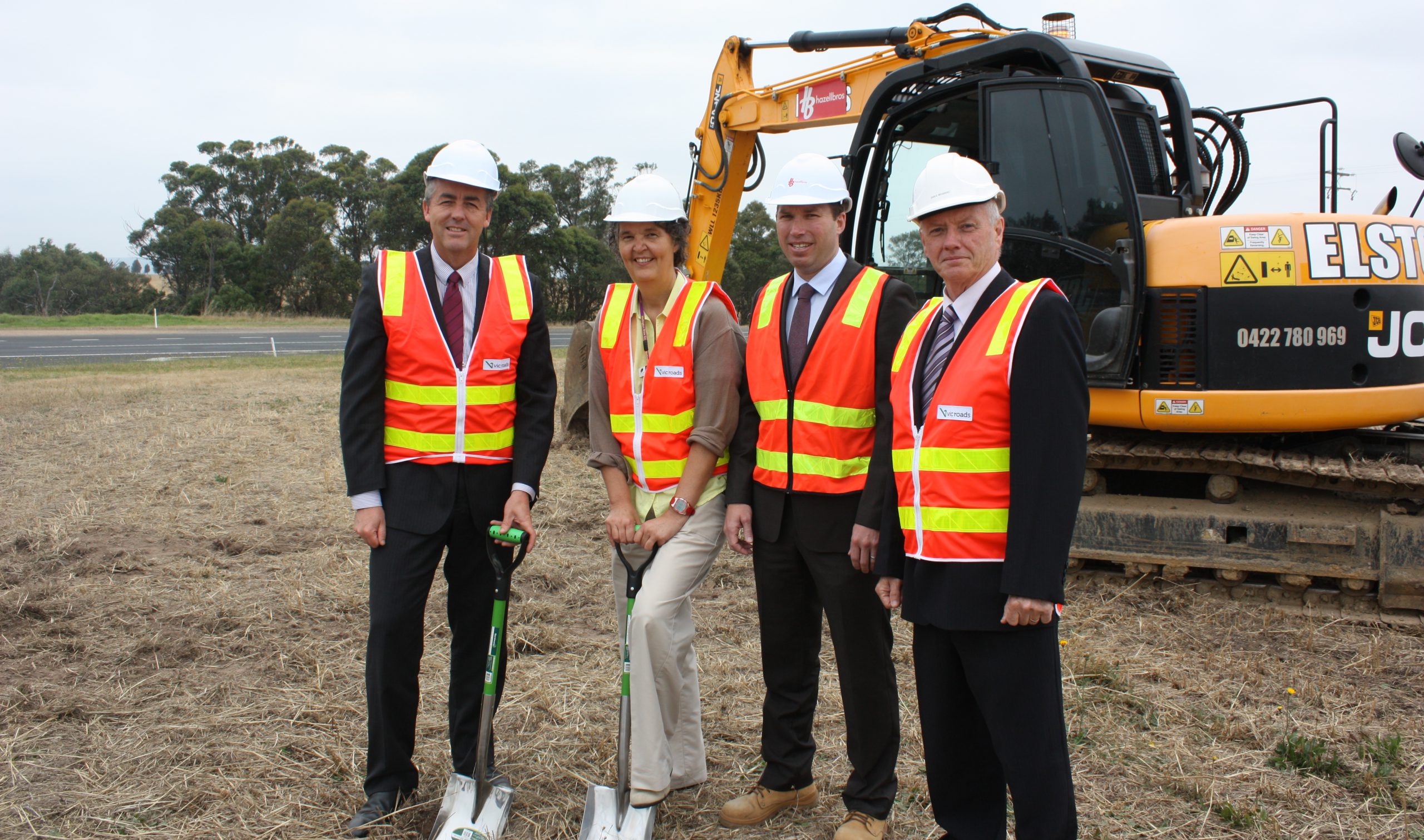 Duplication of the Princes Highway between Traralgon and Sale is a step closer after the first sod was turned at the Nambrok Road section of the project yesterday.

The Nambrok Road section is the fourth of six sections which make up the $175 million duplication project jointly funded by the federal ($140 million) and state ($35 million) governments.

Federal Member for Gippsland Darren Chester said the Nambrok Road section had a poor crash history with three fatal accidents, including a double fatality, and four other people seriously injured since 2003.

Mr Chester said 2.8 kilometres of the highway would be duplicated east of Denison Road to east of Nambrok Road.

“The first section, Traralgon East, was completed in December 2010 and the section between Reid Drive, Wurruk to Reeve Street, Sale opened to traffic in July this year with only final surfacing works remaining,” Mr Chester said.

“Construction on the 1.7km Stammers Road to Minniedale Road section in Traralgon East began in early September and tenders for the 8.3km Flynn to Rosedale section have now closed with the successful contractor to be announced early in 2014.”