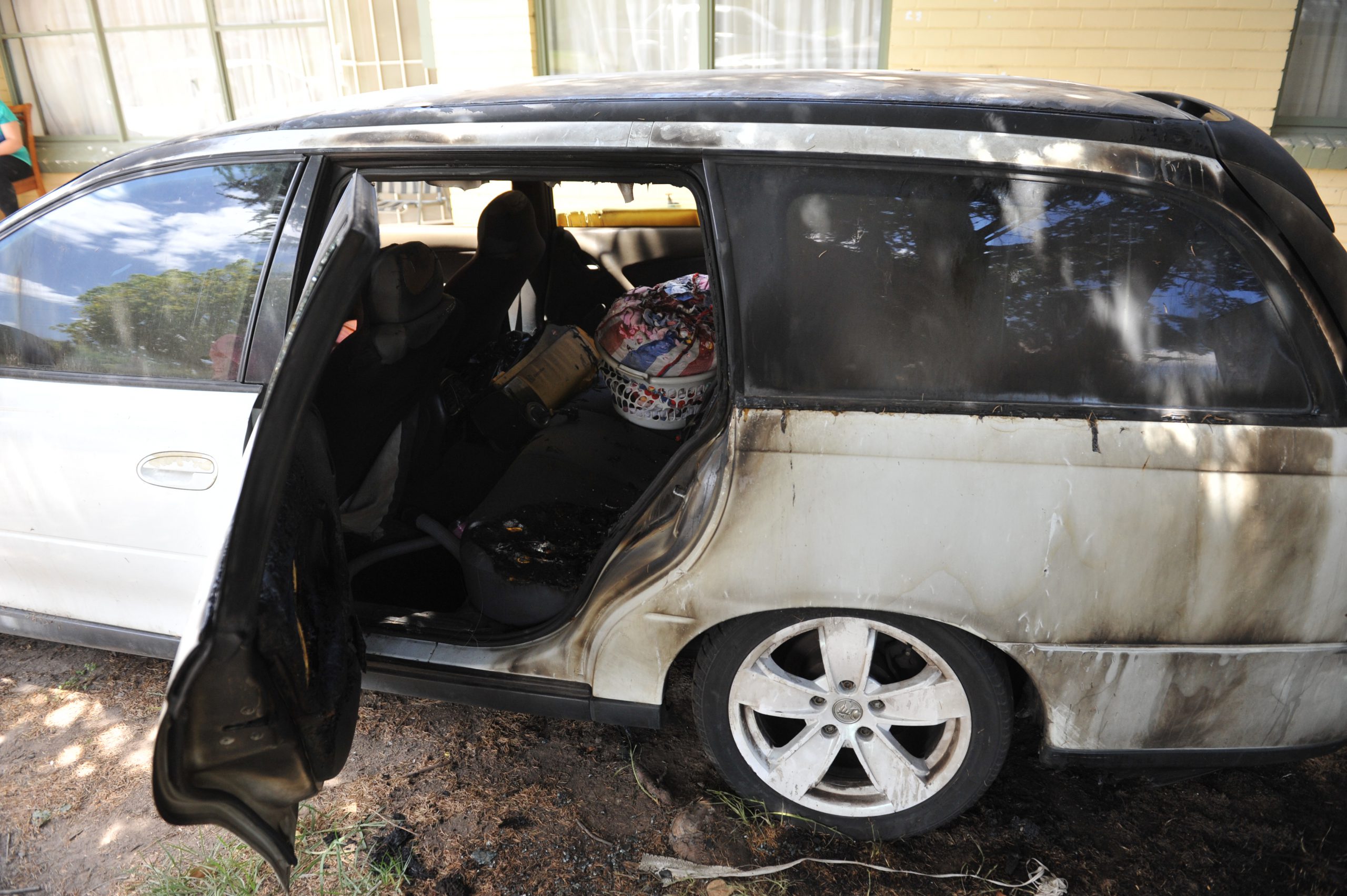 A parked car was set alight by an unknown arsonist in the front yard of a Vary Street, Morwell home early this morning.

Detective Senior Constable Ian Walk said Morwell police were treating the incident as suspicious and were awaiting an examination by an arson chemist after the car was lit at 12.30am.

The white Holden Commodore was only partially destroyed before the Country Fire Authority extinguished the blaze.

Police have urged members of the public with any information to phone Latrobe City Crime Investigation Unit on 5131 5000.

Latrobe Criminal Investigation Unit Detective Senior Constable Peter Ferguson said the fire spread and burnt about half an acre of nearby bush land before authorities attended the blaze.

Det Snr Cnst Ferguson said the silver Hyundai was stolen in Morwell in mid-October and was believed to have been in the Moe South pines for some time.He said a resident contacted the CFA after noticing smoke in the bush land.