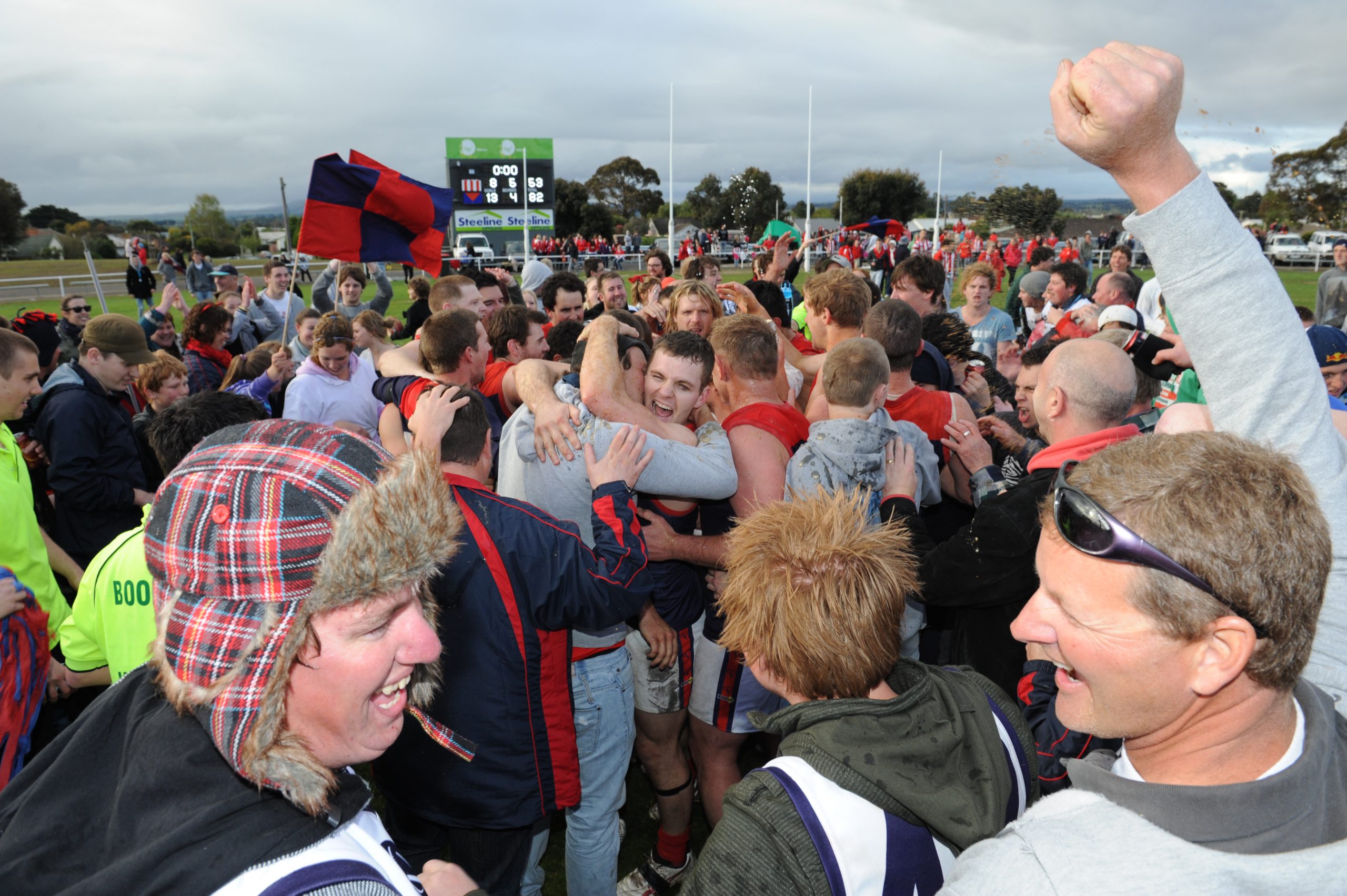 Five years on from the Delburn bushfires, affected residents are set on moving forward.

The blaze destroyed 30 homes in January 2009 when it tore through Boolarra, Yinnar, Mirboo North and Darlimurla.

WHEN Boolarra was ravaged by the 2009 Delburn bushfires, flames licked at the footy club but the Demons’ lair was, perhaps symbolically, never scorched.

The ground itself became a primary frontier in the firefighting effort during the blaze, and continued to act as a rally point in the rebuilding years that followed, albeit in another less obvious capacity.

Pre-season was all but cancelled in the wake of the devastation and the side proved underdone on the park, leading to a wooden spoon, however support from the town was never wanting.

“The town actually got behind the club and supported us in a lot of ways, either socially or financially and just support basically on the Saturday of the games,” club president Russell McGlade said.

“Even though we weren’t winning that year, or winning many games, we had good crowds and good numbers at the club, which was great.

“It just got them out and involved in something to get their minds off it I think.”

After a horror year on and off the park, slowly the Demons rose from the ashes along with the town.

In 2010 Boolarra moved one rung up on the ladder to ninth, then in 2011 secured third place and a finals berth.

A qualifying final victory over Mirboo North came next and people dared to dream.

Back-to-back champion Trafalgar knocked the Demons off in the semi, but a rematch in the grand final was locked in when Mirboo North came up short in the preliminary by seven points.

Boolarra’s resilience as a community was embodied by its footy team that September, as the Demons ran over the top of the reigning premier 13.4 (82) to 8.5 (53).

“It was fantastic (to win a flag) and great for the town,” McGlade said.

“The best part about it was… just to see the smiles on people’s faces was unbelievable.”

For 2009 coach Tony Giardina, then co-captains Micheal Cleaver and Simon Buglisi, and the likes of Daniel Wilson, James Holmes and Tyson Lees who stuck it out through tough times, the flag was all the more rewarding.

Stunned by the incredible backing of the community post fires through to the premiership, Giardina said it was a turning point in the relationship between town and team which has held true to this day.

“They did (rally around us), the club had success about 15 years earlier but then just copped belting after belting. Then you put in a bushfire as well… everyone could see light at the end of the tunnel at the footy club,” he said.

“The whole town, the whole community, functions, the lot, it was amazing.”