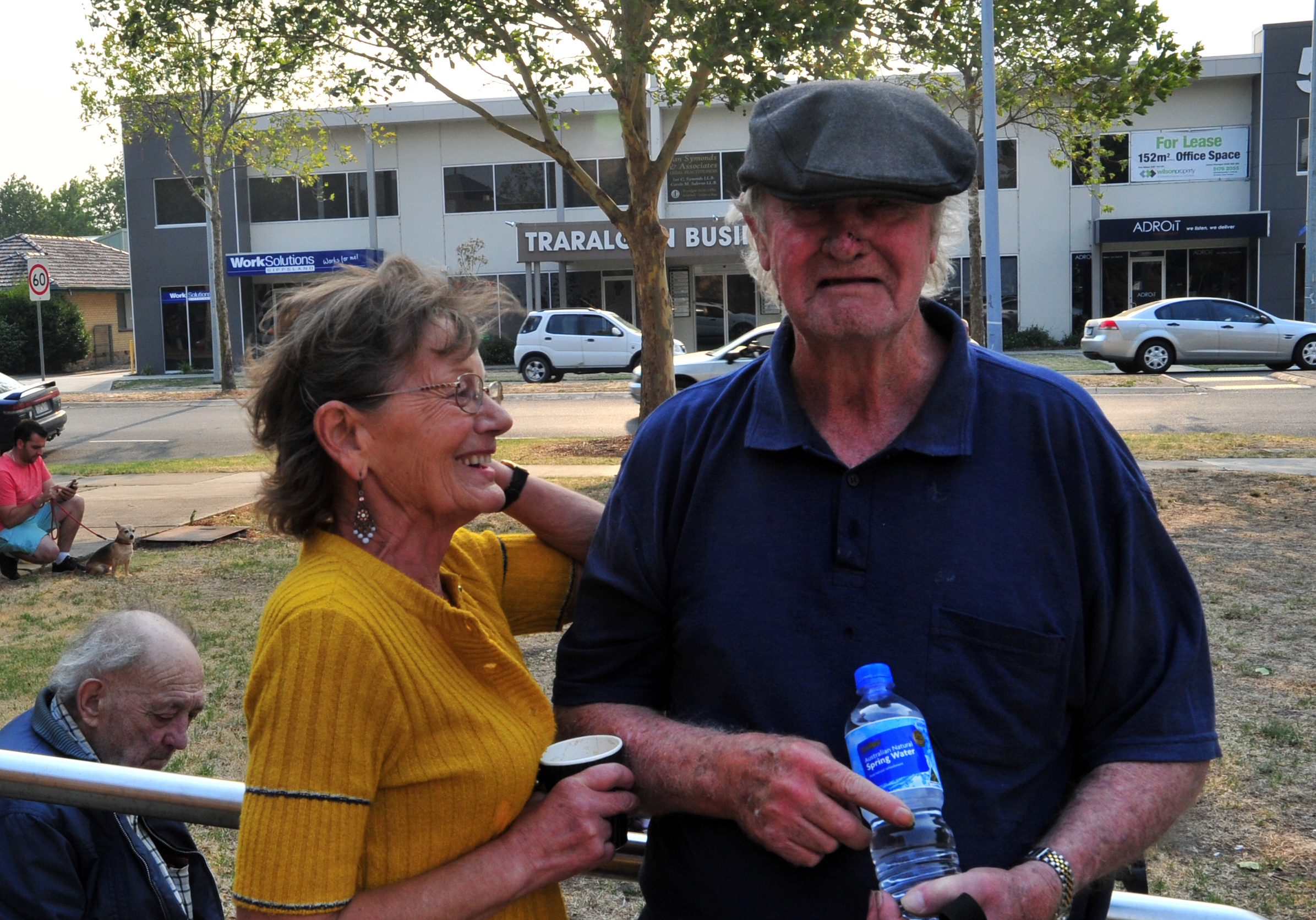 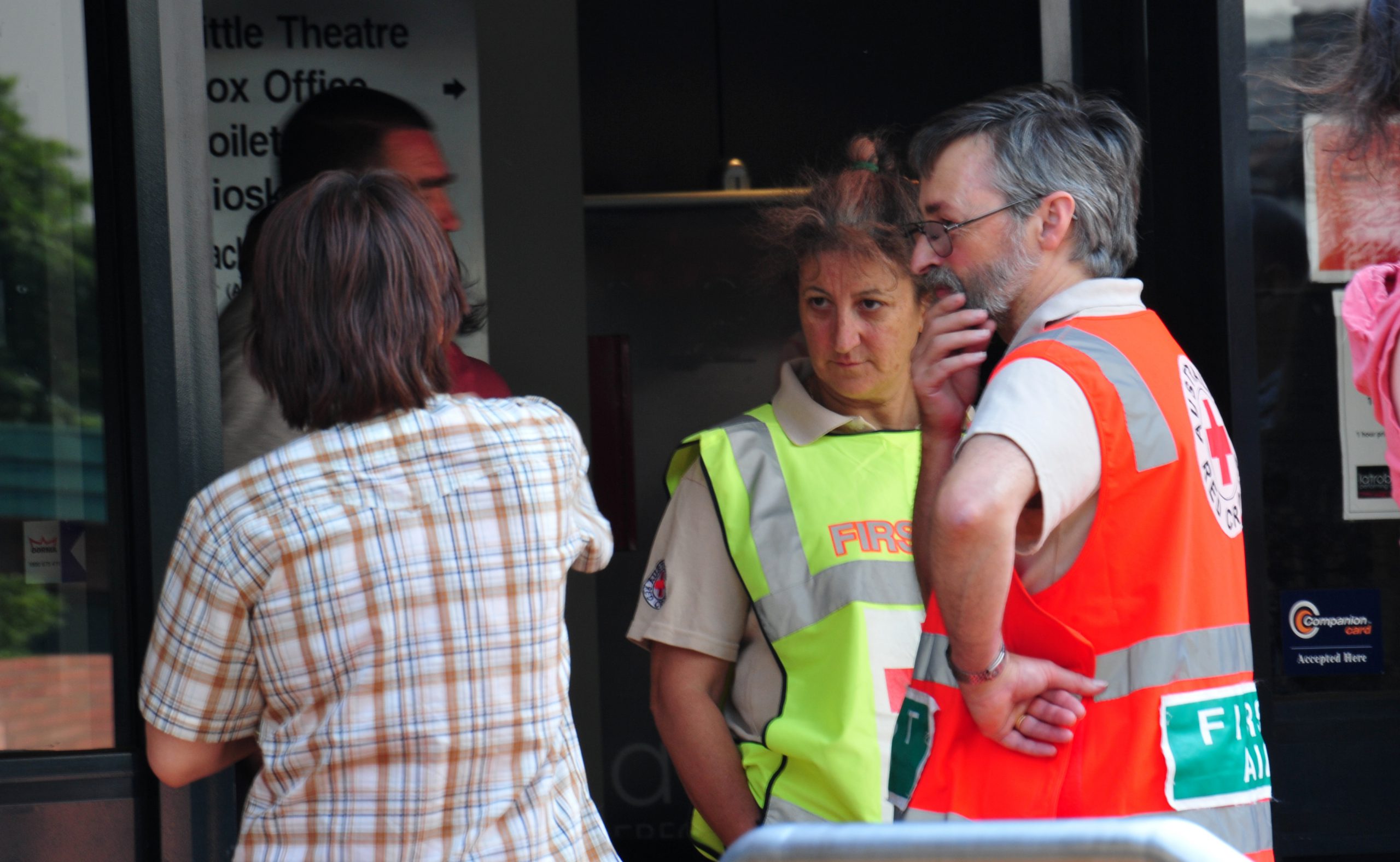 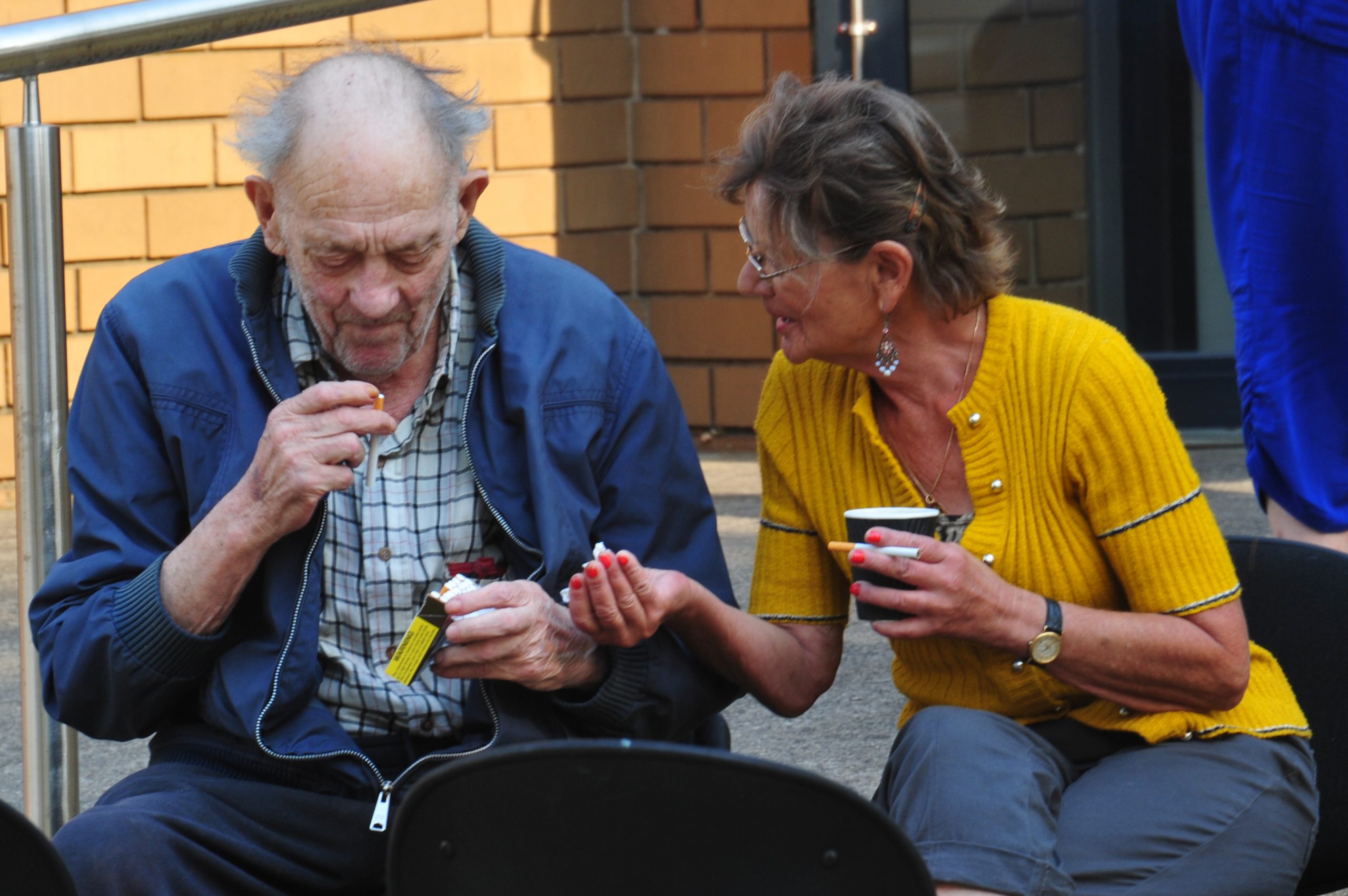 Maryvale Crescent resident Lida Tusa said she could see smoke and flames approaching when police evacuated her and neighbouring residents from the fire which threatened Morwell yesterday.

“I saw flames… it was a little bit scary,” Ms Tusa said.

Mr Laird said he received two emergency text messages from the CFA, but as they related to Hazelwood, Yinnar and Driffield he originally discounted them.

“We could see the smoke and they said it was going to get worse, so get out,” he said.

“It was closer than the one we had a couple of years ago, near the coal cut.

Ms Tusa and Mr Laird were among a large crowd that packed into the Performing Arts Centre in Traralgon seeking refuge yesterday afternoon.