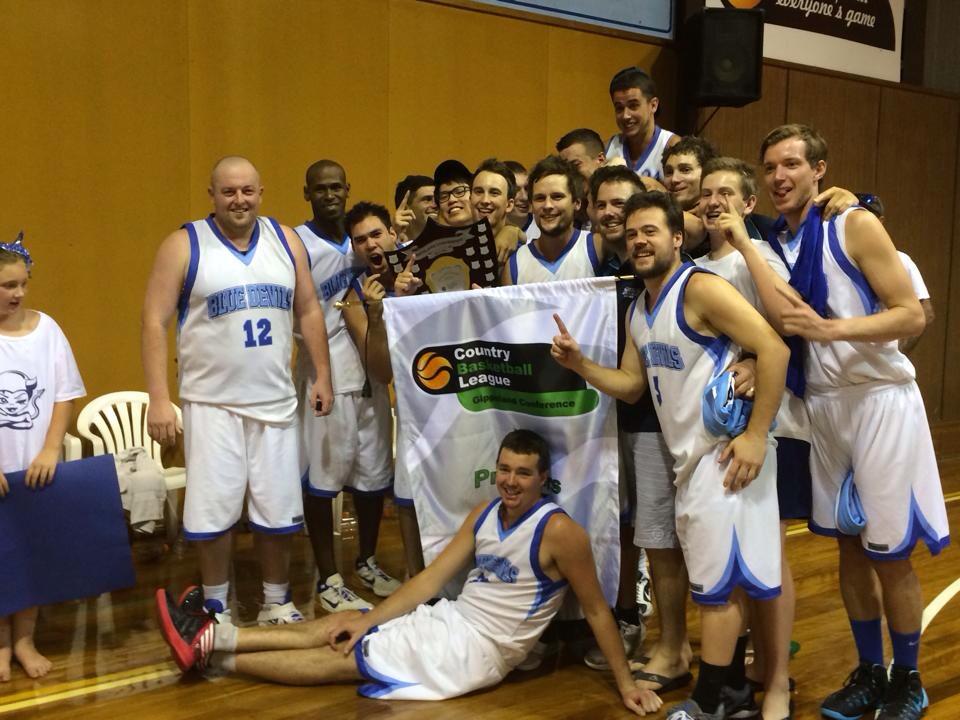 CHURCHILL Blue Devils capped off a perfect season in style on Saturday night, when it won both senior men’s and women’s Country Basketball League Gippsland finals.

The men recovered from a 27-11 deficit in the first quarter to record a 12-point victory over Warragul, while the women snuck out of jail by a single point in overtime against home side Korumburra, 66-65.

After trailing by one at half-time, Korumburra fought back to establish a three point advantage at the final change. Churchill rallied to win the fourth 15-12 and, at 60-60, sent the game into overtime, where the Wildcats were unable to convert with the final possession of the game in a scrambling finish.

Women’s captain Tanarly Hood and the experienced Stacey O’Brien combined for 40 of Churchill’s 66 points to guide the girls home.

The Blue Devils men were inspired by the women’s success, fighting back from 16 points down in the first term to win 86-74.

Old hands Jordan Canovan (23 points) and Vashon Weaver (16 pts) led the Blue Devils’ resurgence, knocking down a trio of three pointers apiece, as Churchill went on a rampage to draw level at the main break.

The minor premier carried its momentum into the second half, winning the third and fourth quarters by four and eight points respectively to register a memorable victory.

Men’s coach Brett Harvey said it was a feeling of satisfaction and relief at the final buzzer.

“Having the undefeated curse… and then falling at that final step was a big thing playing on my mind, and when the game was done and we won it was a sense of relief that we were able to go through undefeated,” he said.

Harvey said both he and women’s coach Nick Michaelides gave the same message to their unbeaten teams ahead of their respective finals.

“You’re not just playing for the 10 or 12 people on your team, you’re playing for a committee and all the people that sat in hot stadiums every week to come and watch us,” Harvey said.

The 2011/12 championship player, who took over as coach from Jordan Canovan this season, said the key to the club’s success was an early pre-season start and clear direction.

“Everyone knew exactly what to expect and the way things were going to work, everyone was on the same page from day dot,” Harvey said.

“My main focus was just to get a couple of extra pieces of the puzzle in there to go one step further… it was very much a team effort.”

The women will play the Shepparton Lady Gators and Horsham Hornets.