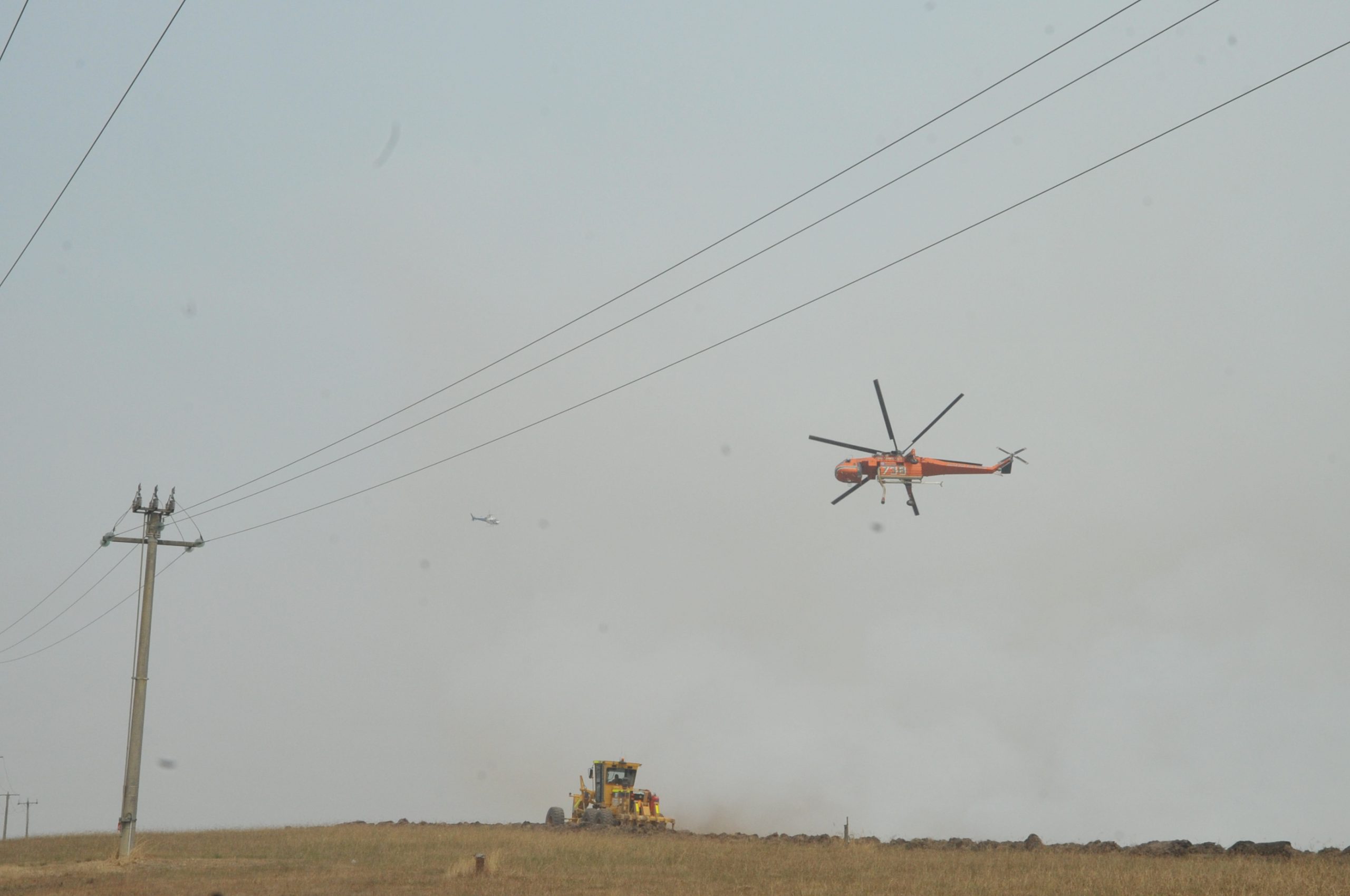 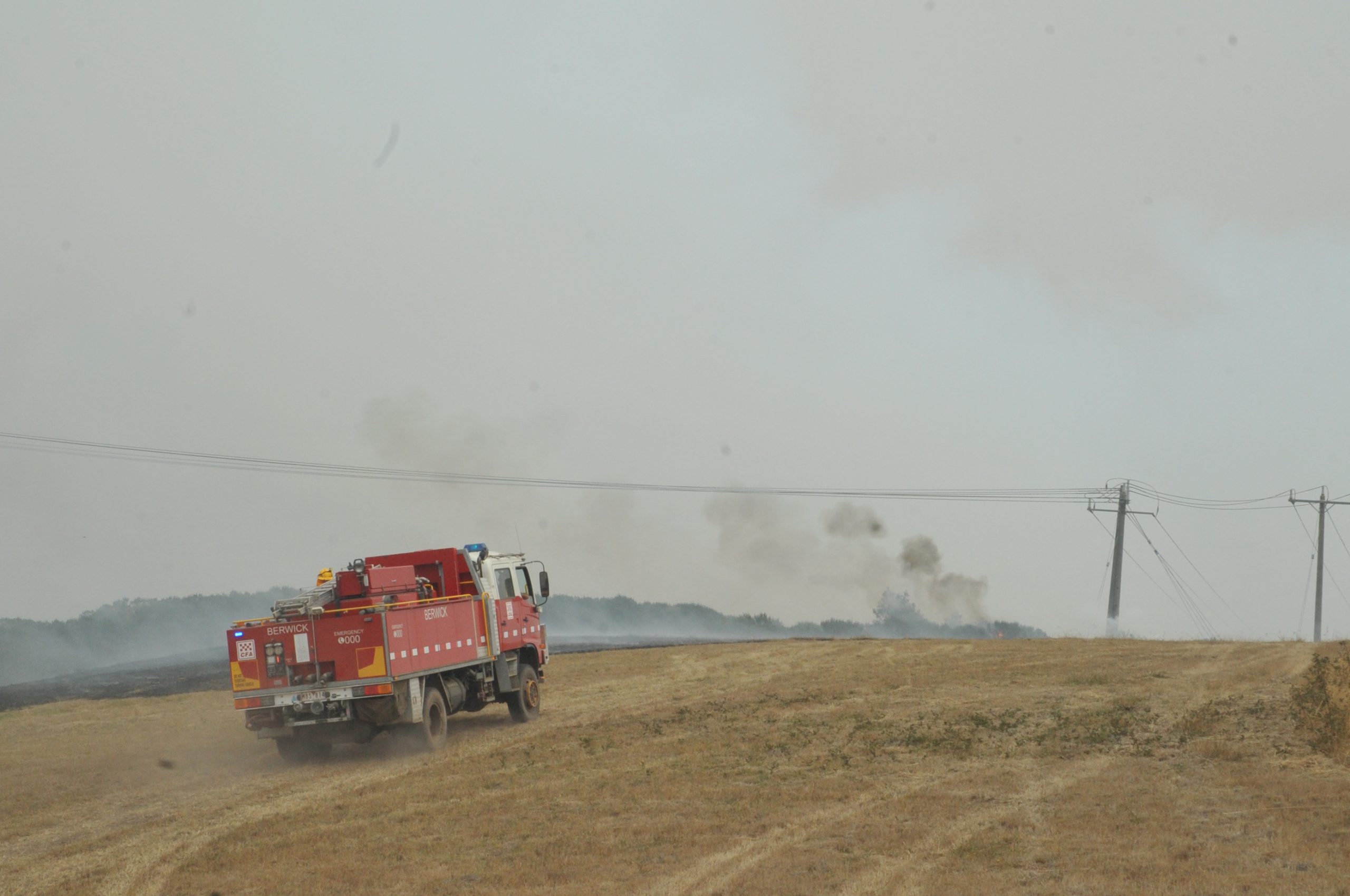 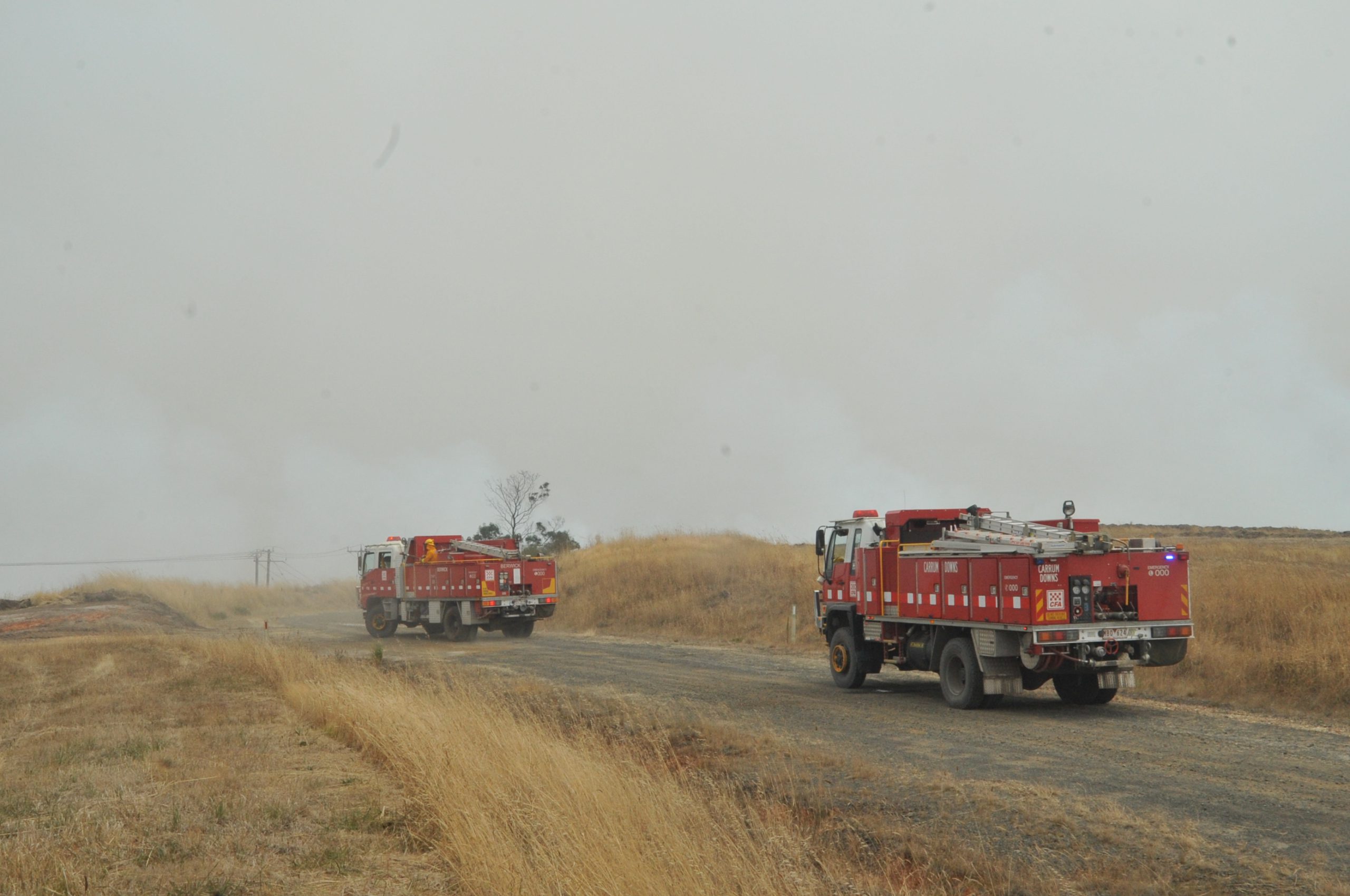 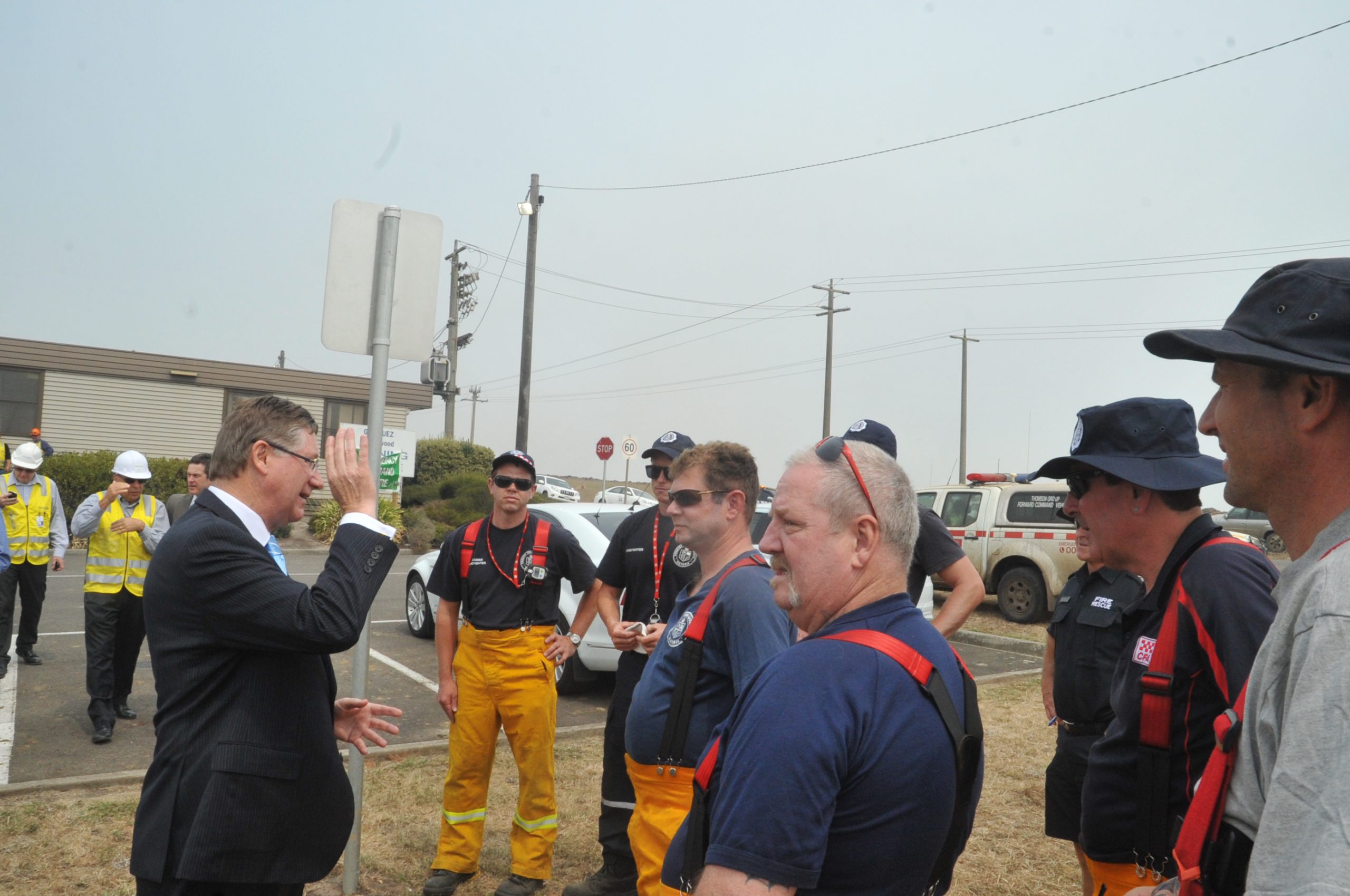 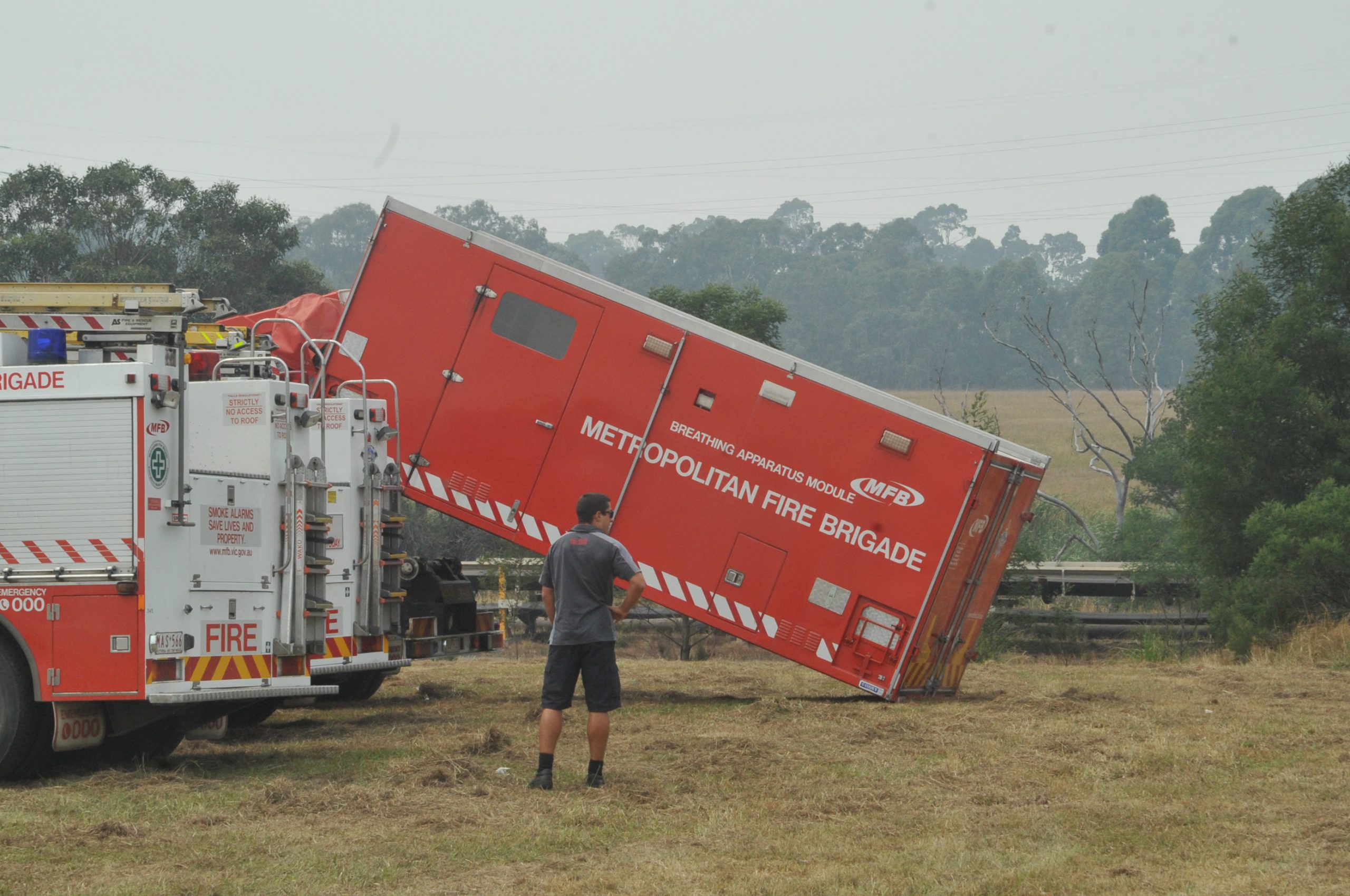 THE nightmarish firefight at the Hazelwood open cut suffered a serious setback yesterday after seven volunteer firefighters were taken to hospital for carbon monoxide poisoning.

With the battle against two major coal mine fires within the Morwell open cut expected to last weeks, the firefight’s operational processes and protocols were undergoing a major procedural overview yesterday afternoon.

The firefight, led by the CFA, was dramatically scaled back as a result of the hospital admissions, with priority being placed on protecting critical infrastructure within the mine.

Incident controller Peter Lockwood confirmed the affected firefighters had been operating within the mine without breathing apparatuses, which had until yesterday been an accepted part of the firefight’s procedure.

“We are very, very concerned by the fact that this has occurred,” Mr Lockwood said.

“This type of fire is unique – these carbon monoxide-rich environments are not something which happen everyday.”

However Mr Lockwood said firefighters had fought a similar coal mine blaze at Hazelwood in 2008 without widespread BA use, and avoided any adverse health impacts.

He said all firefighters were now being tested for carbon monoxide exposure before and after shifts, and extra breathing apparatus equipment was being sourced from across Victoria.

However it was unknown yesterday afternoon where the volunteers were from.

Lighting on Sunday, after the Hernes Oak fire spotted before the south westerly wind change, the Hazelwood fire has established in two separate locations within an inactive section of the mine.

An 800-metre long fire remains alight along the mine’s northern batter wall, and a separate fire on the eastern batter stretches some 500 metres.

GDF Suez Australian Energy head of generation Luc Dietvorst said while the situation had been brought under control following “really bad” circumstances on Sunday, extreme care was being taken to ensure the eastern batter fire did not spread into the operational sections of the mine.

The Express was given first hand access to the response area yesterday when accompanying Premier Denis Napthine as he visited the Incident Control Centre perched above the mine’s eastern rim.

Standing among the staging area where about 15 CFA appliances were parked at the ready, visibility into the mine was at a minimum; the mine’s smoky abyss was broken only momentarily as a skycrane regularly flew in to water bomb the eastern batter with water sourced from the Hazelwood Pondage.

Dr Napthine described the scene as “very eerie”, however noted the calm and organised response from the emergency authorities.

“They are dealing with a very serious and complex issue here in the mine… however I am pleased to hear the affected firefighters have been discharged from hospital,” Dr Napthine said.

While power generation was crippled on Sunday when SP AusNet electricity supply issues brought the mining operation to a standstill, yesterday saw the restoration of six of the station’s eight generation units.

“My understanding is they will make a complete recovery, however it is extremely traumatic to suffer this type of experience,” Mr Marshall said.