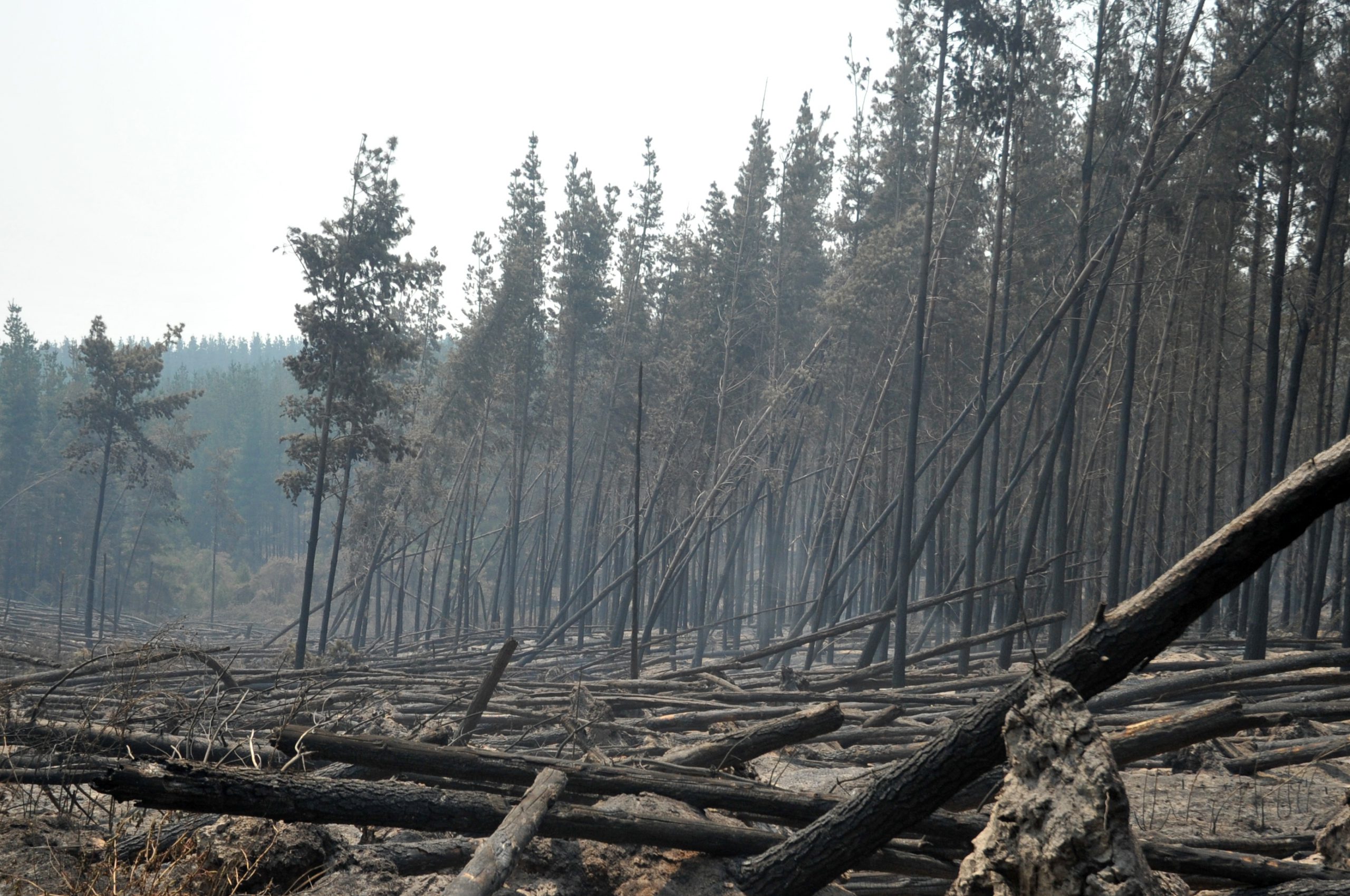 The Latrobe Valley’s extensive pine plantations were another notable victim of the Hernes Oak and Morwell fire last week, with swathes of Hancock Victoria Plantation trees lost in the blaze.

While still assessing the extent of the damage on Friday, HVP chief operations officer Cameron MacDonald said thousands of hectares of plantation had been destroyed.

“I was out at our affected Maryvale site this morning where we have 10 to 12 year-old pines which are too small to salvage but difficult to replace, so it’s the worst of both worlds in that sense,” Mr MacDonald said.

“Once a tree is 15 years of age it can be recovered, but there is still the issue of charcoal which is a major contaminant (for paper making purposes) so we have to look at how to supply those customers while avoiding that additional issue.”

While HVP plantations were under fire, three separate locations across Gippsland – in Stockdale, Yarram and Maryvale were also under attack.

The Stockdale fire was contained by Wednesday, allowing about 110 HVP personal and contractors to allocate resources to the Yarram and Maryvale clean up operations.

“When the fire picked up on the Sunday, direct attack was not possible because it just wasn’t safe, but getting in that evening our crews were able to get in and minimise losses – we’ve made some big saves,” Mr MacDonald said.

“We’ve got a lot of guys with skills in deploying dozers and knowledge of the landscape geography, so their work has impressed me in terms of the minimal losses we have incurred since Sunday.”

Still moving to replant plantation timber in areas lost in the 2009 Black Saturday bushfire, Mr MacDonald said the latest fire damage would have a noticeable impact on forward production schedules.

“Long term we will have to manage the cash flow of the business having now to incur cost over and above our normal replanting costs,” he said.

“Fires are part and parcel of the plantation industry, but you’d like to think we would get a few more years to recover after Black Saturday.”

Mr MacDonald said a large timber pile lost at the Maryvale Mill site was mostly eucalypt, and would not create any short term supply issues as most local plantations were pine forests.