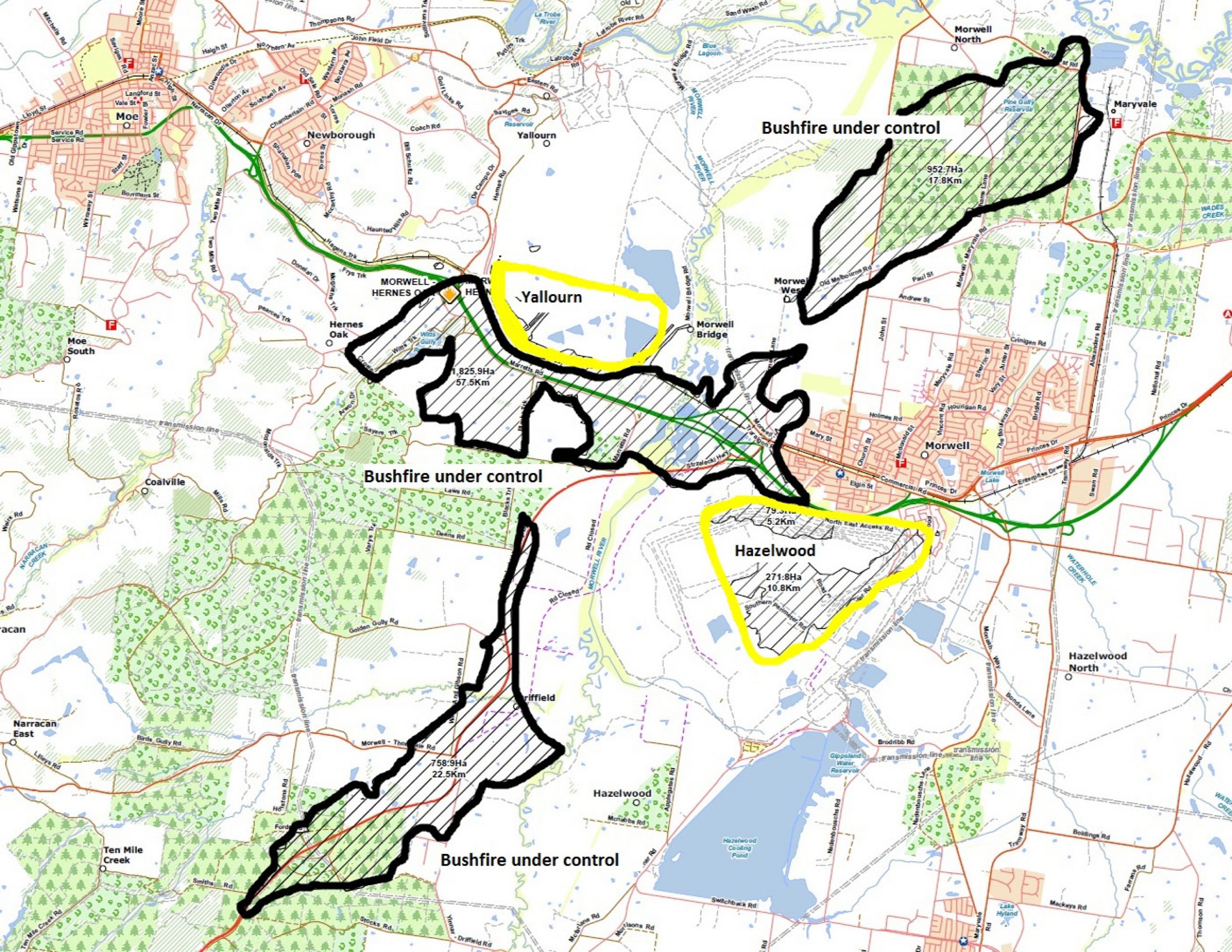 More than 100 hundred CFA personnel were still in the field late last week, mopping up a week’s worth of non-mine related fire activity, despite giving the ‘all-clear’ on Thursday evening.

The Hernes Oak and Morwell fire – which became the Incident Control Centre’s collective name for the Hernes Oak, Maryvale and Driffield fires – had razed 4435 hectares in its entirety as of Friday.

Occasional flare ups across the area were being met with swift responses – a small grassfire on the western outskirts of Morwell reportedly saw four appliances respond early on Friday morning.

“Our crews have been implementing aggressive attacks on any flares ups as they have been reported, but mostly it’s been a case of continuing patrol, mop up and black out,” an ICC spokesperson said.

A staging area established at Morwell’s Maryvale Recreation Reserve on Monday was being wound up on Friday, as the last CFA and Melbourne Fire Brigade appliances scrambled from across the state began returning to points of origin.

A final recorded list of assets lost during the blaze included a shed at Morwell Field and Game rifle club, extensive wood stock losses at Maryvale Mill, and “significant” plantation losses. According to CFA estimates, more than 1050 emergency service personal were involved in the firefight and mop up operation, from 8 to 14 February.