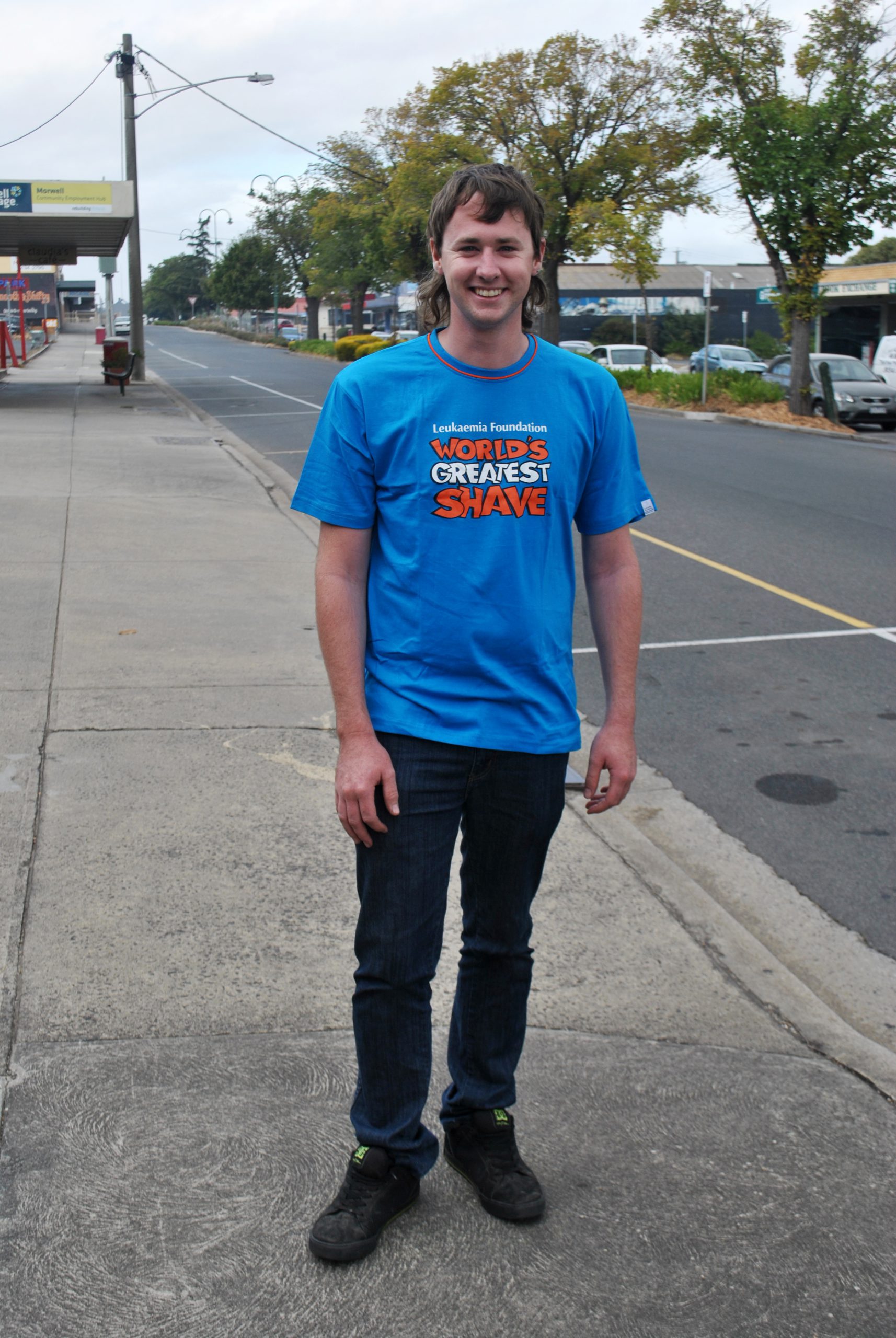 After already losing his hair twice to cancer treatments, a Boolarra man is choosing to lose it all again – but this time on his own terms.

Matthew McKendry will shave his beloved mullet off on Friday as a way of showing support and saying thank you to the Leukaemia Foundation.

Mr McKendry was diagnosed with anaplastic large cell lymphoma when he was 21.

Now 24, he has grown a prominent mullet as a celebration of hair regrowth after receiving the all-clear from lymphoma.

“I thought if I’m going to get rid of it I should at least do it for a good cause,” Mr McKendry said.

“It doesn’t matter what people’s opinion on your hair is, they used to look at me and just stare at me but you’re still the same person, it’s just that you’ve lost your hair.”

Mr McKendry’s cancer was caused by a gene which causes blood cells to stay alive rather than die off after their shelf-life is up and accumulates.

Mr McKendry is kept alive with a trial drug from Germany which kills the excess cells.

In addition to chemotherapy, Mr McKendry received a bone marrow transplant from his twin brother, Luke.

Mr McKendry’s mother Louise has undergone the shave for the past two years but said this time it was her son’s turn to give back to the people who had supported their family.

“The local Leukaemia Foundation coordinator, she’s actually been someone that will ring me up and say ‘how are you?’, ‘how’s Matt going?’ and will talk to you about things that you probably can’t talk to other people about,” Ms McKendry said.

“Let’s face reality, two years, ago we didn’t think Matt would be here.

“It’s just being able to give something back to people and Matt’s been given an extra shot at life.”

Mr McKendry will go under the razor about noon this Friday at Stockland Plaza Traralgon.

The centre will host the World’s Greatest Shave and will offer Koko the Clown and face painting from 11am.