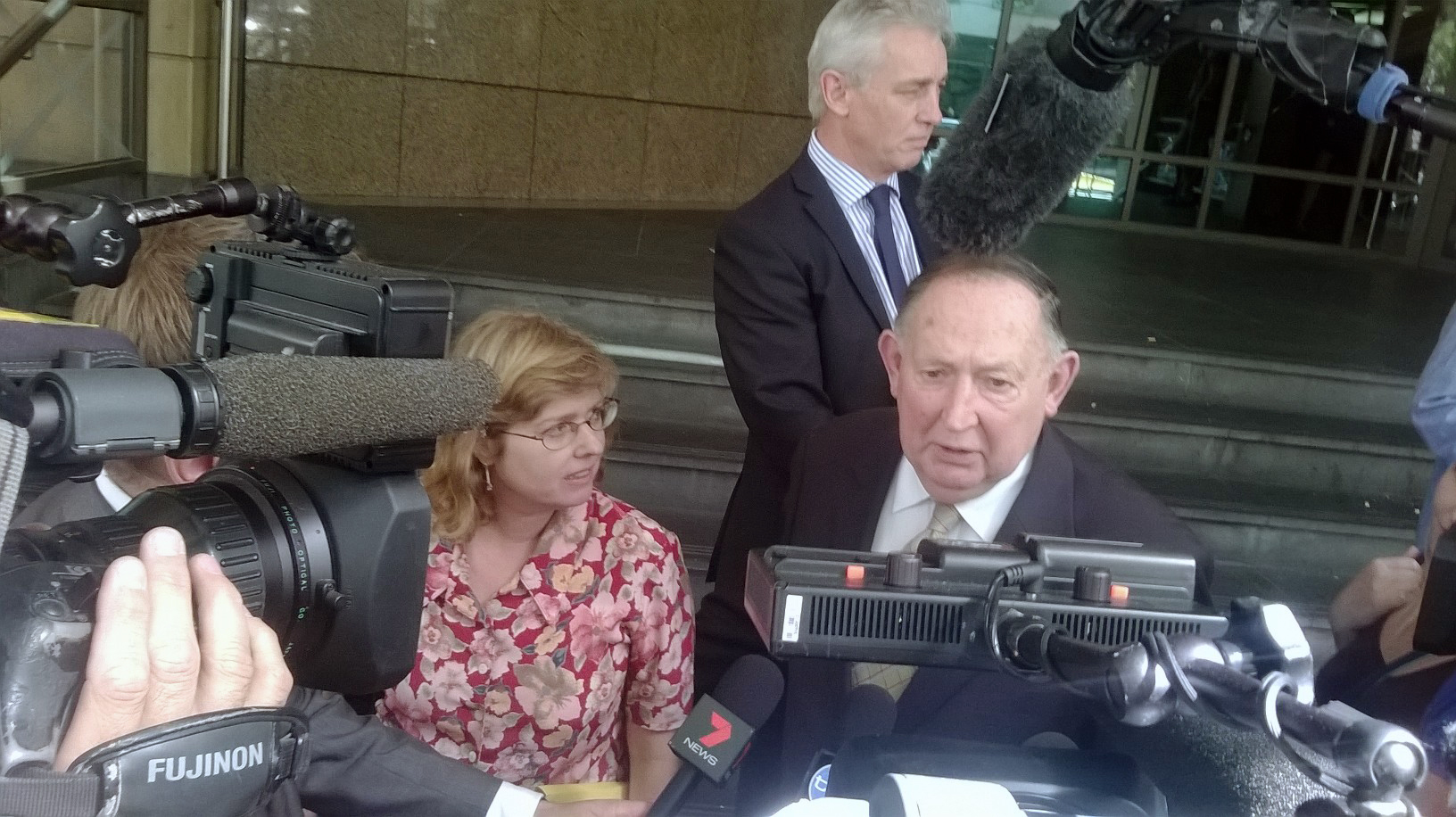 The man at the centre of the Aberfeldy bushfire trial – who started a fire on his property on a day of high fire risk in January last year – has been convicted and fined $2500 for burning off without a permit.

Grahame Earnest Code, 76, was also found guilty of failing to ensure all adequate measures were taken to prevent the spread of fire on his property.

However, Magistrate Peter Mellas said it could not be proven beyond reasonable doubt the burn-off had caused the devastating Aberfeldy blaze.

In handing down his conviction on Friday at Melbourne Magistrates’ Court, Mr Mellas said Code harboured decades of fire awareness, stating the fire “just should not have been lit – end of story”.

“You had clear understanding of the danger of what you were doing, and it’s clear a level of complacency crept into how you handled things on the day,” Mr Mellas said.

Code lit the fire in an open incineration pit on the morning of 17 January to burn off two boxes of his teenage son’s schooling paperwork, before leaving his then 13 year-old son in charge of monitoring the smouldering remains.

“I do not consider it reasonable that an adult leaves a 13 year-old in charge of a fire during the predicted conditions of that day,” Mr Mellas said.

He also rejected claims by the defence the grass area around the burn-off pit had been slashed, pointing to clumps of burned grass depicted next to the pit in a police interview video submitted as evidence earlier in the trial.

“You just cannot take the gamble or take a roll of the dice with fire in these areas.”

To a dense media pack on the steps of the court, Code’s wife Lynda Code said the family was disappointed her husband was not acquitted of the second charge, which he had contested throughout the trial.

“However, we are very relieved the fire did not start on our property,” Ms Code said.

“We feel very vindicated as that is what we have maintained all along.”

Mr Code said he harboured no concerns about returning to his Aberfeldy home.

The Aberfeldy blaze burned more than 80,000 hectares, claimed the life of an 84 year-old man in his car, destroyed more than 20 houses and about 200 livestock.

Mr Mellas acknowledged the multi-agency fire investigation conducted soon after the event centred “on what seemed like a likely scenario” of the burn-off escaping the pit and spreading into state forest neighbouring the Code property.

However, he said the prosecution could not prove this conclusively.

While Mr Mellas rejected suggestions put forward by the defence that the Aberfeldy bushfire could have been caused by lighting strikes or planned burns in the area, he noted the prosecution was unable to definitively rule out other human causes, such as campers or workers in the large and popular forest area.

Before the conviction and fine was handed down, defence barrister John Desmond appealed for leniency, pointing to Code’s many past roles in the community, including his role as councillor for the former Narracan Council, and his active roles developing community and industry programs.

“If ever there was a man to be offered an opportunity for stay of conviction – this is the man. This man is not a taker, he’s a giver,” Mr Desmond said.

“In the scale of criminality, this is way to the left – I don’t think I’ve ever represented a man of this standing.”

In response, Mr Mellas said the conviction, which could have attracted a maximum penalty of one year in prison, needed to deter irresponsible fire use in the wider community.

“Any conduct which places people and property at risk needs to be condemned so as to ensure the community don’t get complacent around fires,” Mr Mellas said.

However he said due to the media attention Code had received since the initial charges were laid, he had suffered a level of notoriety escaped by most other people going through the court system.

“You will be returning to the community where what you did is widely known,” Mr Mellas said.

He also acknowledged Code’s age, health, low income and the impact the ongoing trial had on Code’s mental well-being.

“This issue is not about character – objectively speaking you are a good person – you have contributed to your community, to your council, to industry and providing employment for people,” he said.

“You are the age of 76, if you commit once every 70 years then it is unlikely that you are going to be back here.”

Code had initially been charge with the indictable offence of recklessly and without lawful excuse causing a bushfire, however it was dropped in December during a committal hearing at the Latrobe Valley Magistrates’ Court, after which the trial was downgraded to a summary hearing.