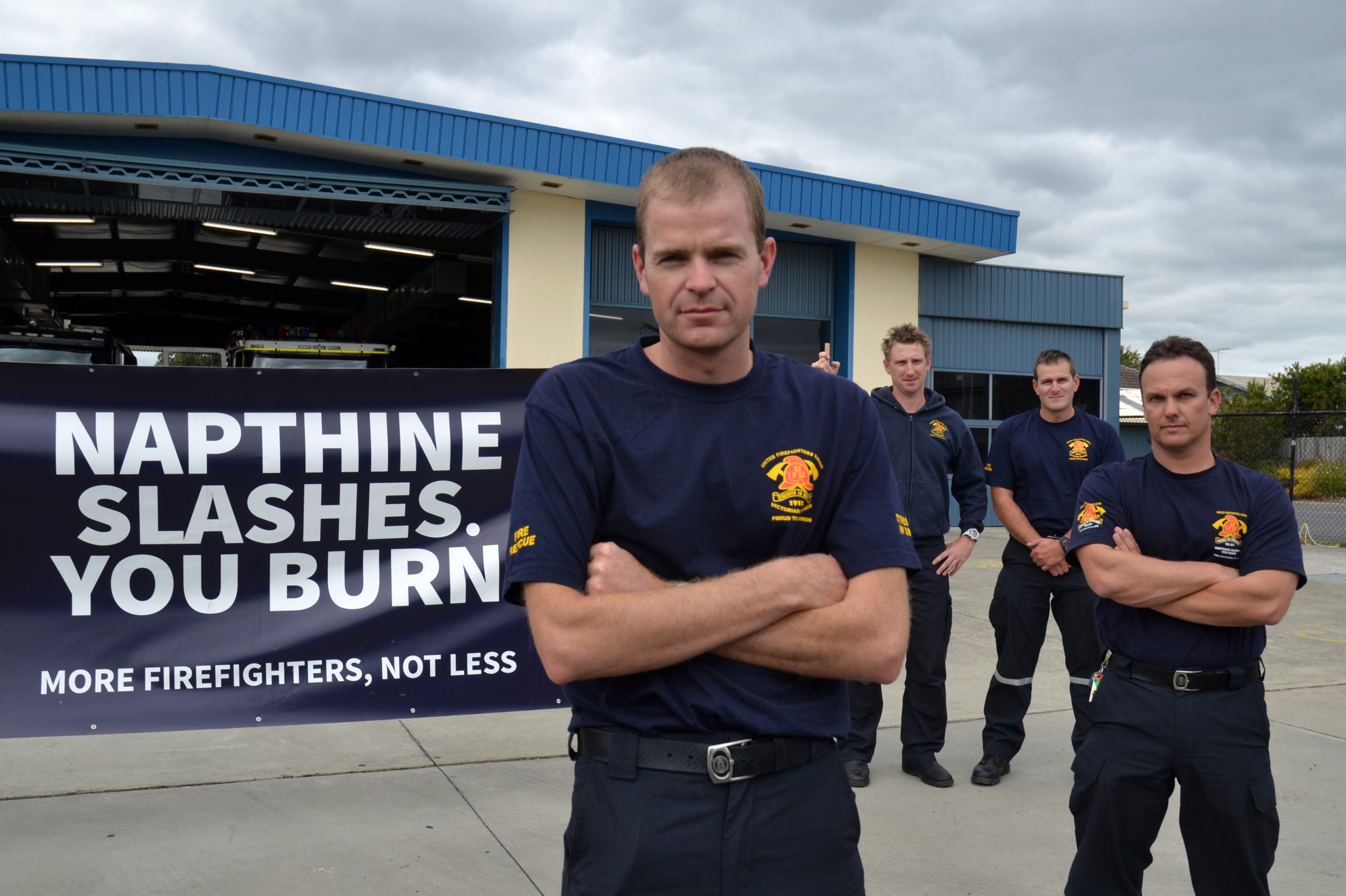 AS concerns for firefighter safety in the Hazelwood mine continued to make headlines this week, a contingent of more than 1000 firefighters and community members marched on Parliament House to demand improvements to broader conditions and resources.

Twenty firefighters from Morwell and Traralgon made the trip on Tuesday, calling for an increase to permanent staff levels. The UFU claims the government slashed $66 million from the operational budgets of the CFA and MFB two years ago and has capped recruitment and training.

“We’ve got two power stations in our primary area being Yallourn W and Hazelwood and we’ve got two trucks and minimal people to be able to deal with it,” he said.

“Plus we have a HAZMAT and a high-angled confined space rescue appliance and we’re supposed to do all that with three people. It’s not something that’s anywhere near world’s best practice.”

Mr Muscat said Traralgon had five permanent firefighters rostered on and two trucks. He said Moe has no career firefighters.

“You can’t have permanent staff in every area of Victoria, but you can surely make it easier in the big areas,” Mr Muscat said.

“Volunteers do a fantastic job but they’ve got their lives and jobs to lead.

“The pressure and the demands that CFA put on them, I believe are too great.” Mr Muscat said the government had failed to introduce presumptive legislation recognising the types of cancers firefighters can contract on the job.

“Currently, you’ve got to prove what smoke and from what fire caused that particular type of cancer, which they know is absolutely impossible to do.

“We protect the community, but who’s protecting us from the job that we do?”

Police and Emergency Services Minister Kim Wells vehemently denied the government had cut funds to professional firefighters, saying it had provided more than $1.84 billion to the CFA.

A government spokesperson said it had not ruled out presumptive legislation and would continue to consider new medical evidence as it became available.