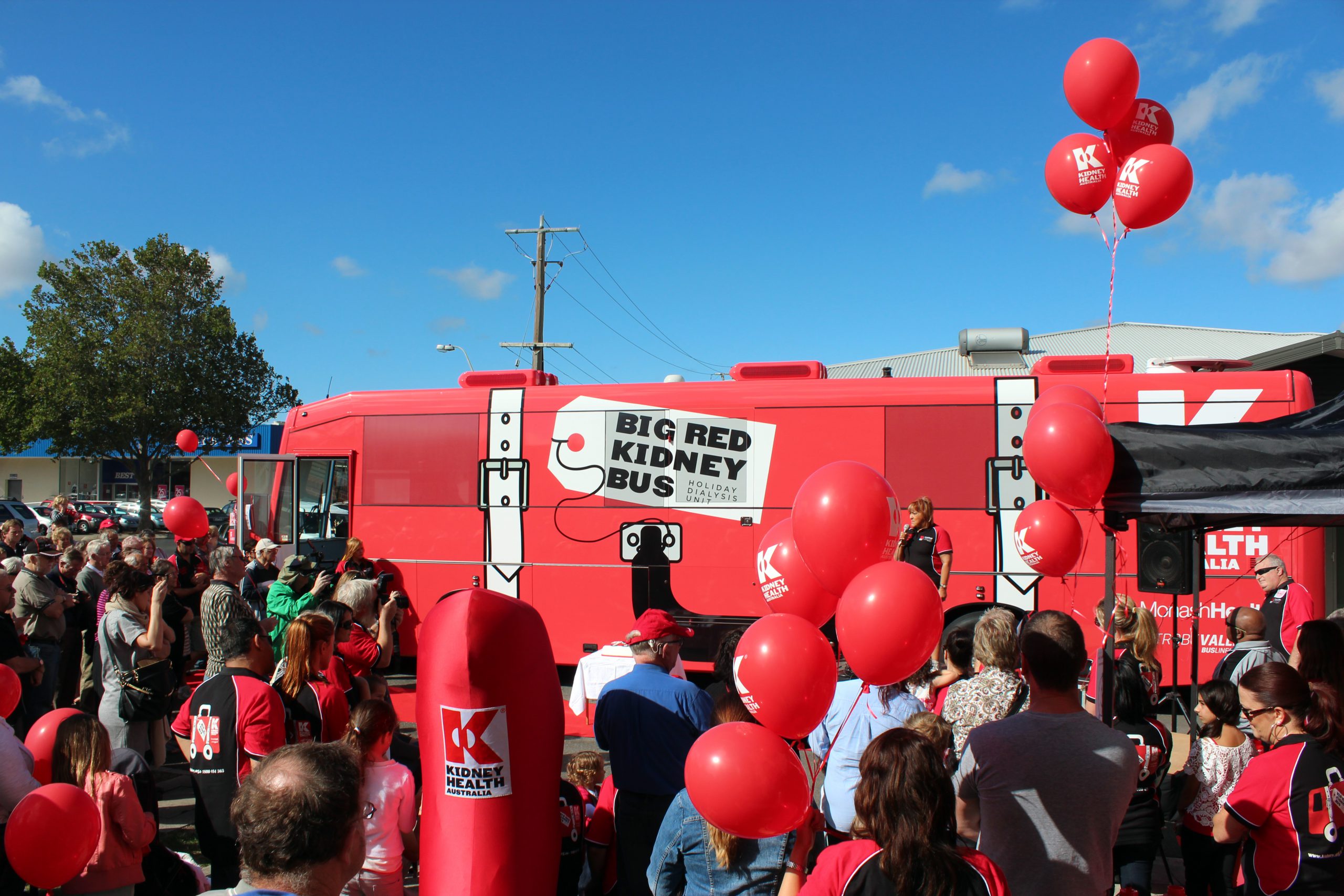 FEELINGS of excitement and sadness flowed through the crowd of more than 200 people at Big Red Kidney Bus launch in Traralgon on Saturday.

The bus will be on the road from August and stationed for six-week periods at holiday destinations allowing dialysis patients to enjoy their vacations.

At the launch of the world-first bus, the crowd celebrated the hard work, commitment and vision of Latrobe Regional Hospital dialysis patients who pioneered the project.

With the first bus plated Vince1, in memory of Mobile Kidney Dialysis group founder Vince Tripodi, it was announced the first two buses in other states, depending on a 12-month evaluation on the current project, would be plated Suzi2 and Bruce3.

“It’s a very emotional day because Vince Tripodi, Suzi Picken and Bruce Bremner aren’t here to celebrate, but we know in our hearts that they knew it was going to happen and it gave them great joy,” Big Red Kidney Bus project manager Jo Fairbairn said.

“For the Big Red Kidney Bus to be in Traralgon and being launched with the community and by the community is such a fitting tribute to Vince Tripodi, who had this vision and this idea.”

Ms Fairbairn said Monash Health will provide a nurse to accompany the bus on its travels.

“Monash Health will be employing a manager who is a special kidney nurse in May,” she said.

“The first location for the holiday will be Lakes Entrance; Vince asked us before he died if it would go to Lakes Entrance for its first six weeks.”

Ms Fairbairn hoped to raise enough money to fund a computer software program which would show vacancies in dialysis wards while patients were on holidays using the bus.

“Their seat in their dialysis units will be empty, which will allow other people to go in their direction,” Ms Fairbairn said.

Mobile Kidney Dialysis member Peter Maxwell said the bus would be a great boost in quality of life for dialysis and peritoneal dialysis patients as many suffered depression as a result of their condition.

LRH dialysis patient and Morwell resident Janelle Ward said the bus would provide her with a much needed break from work.

“I’m over the moon, I haven’t been on holidays for six-and-a-half years,” Ms Ward said.

“Holidays weren’t such an issue when I was on peritoneal dialysis because you could just pack up your stuff and go, but now if there’s not a chair available where you want to go it’s a nightmare to try and organise.”