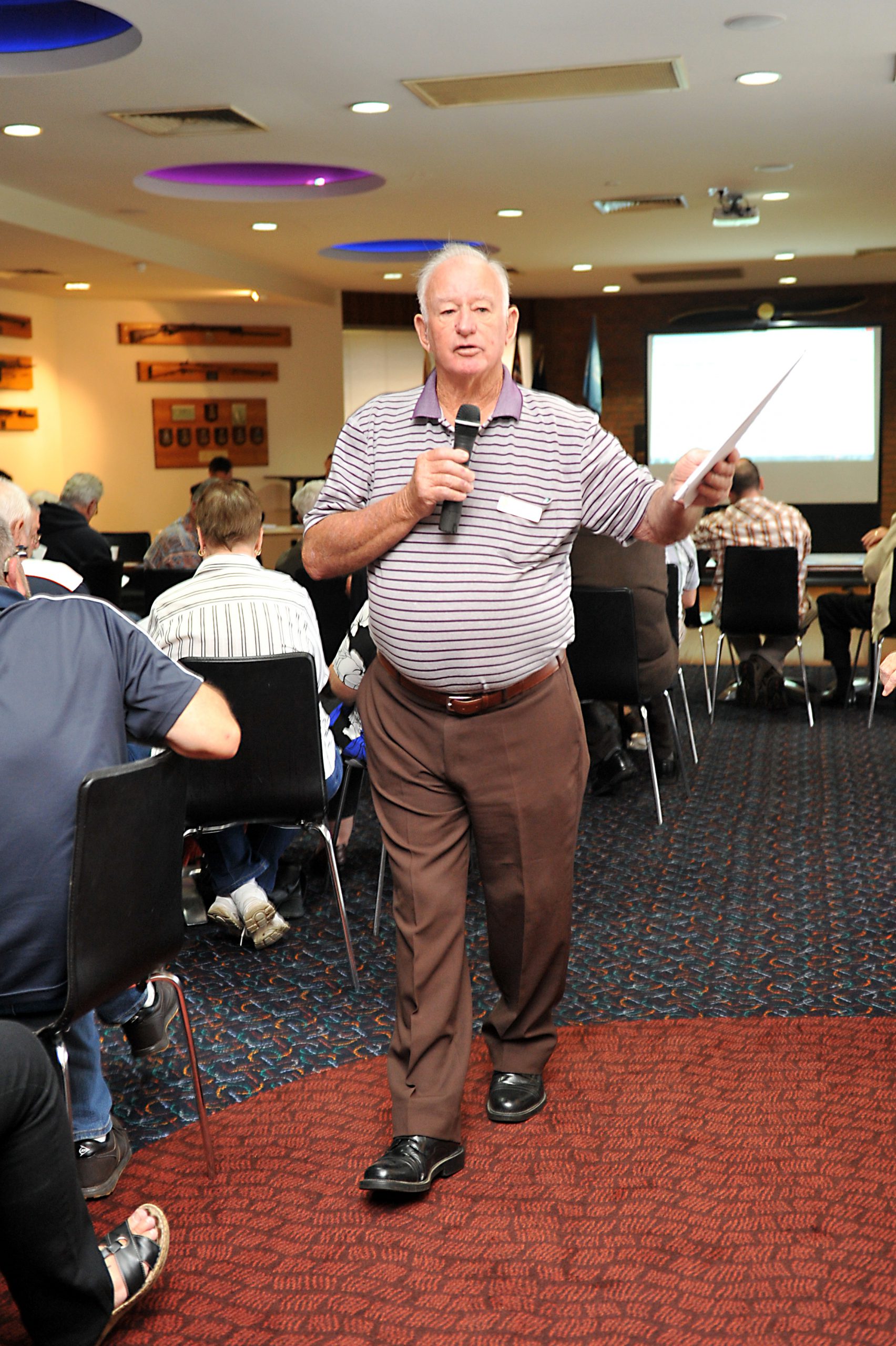 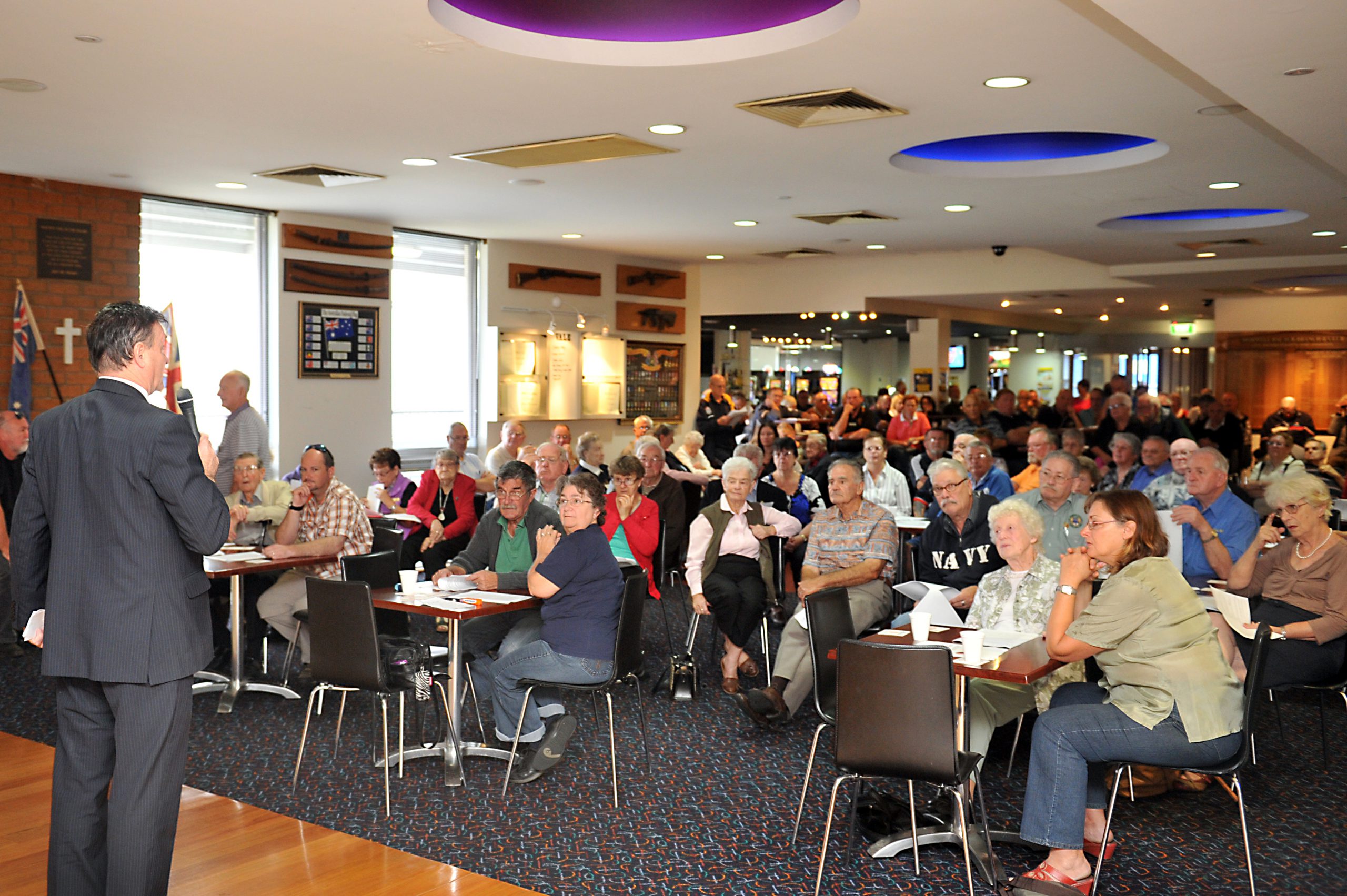 VETERANS and their supporters have rallied to fight the closure of Morwell’s Department of Veterans’ Affairs shop front.

About 200 veterans from across Gippsland voiced their concerns to the DVA Victoria deputy commissioner John Geary and DVA Operational Support Victoria Veterans’ Access Network director David Cunningham at the Morwell RSL on Saturday.

The Morwell DVA VAN service is among offices in Bairnsdale, Ballarat, Frankston, Bendigo, Mildura and Warrnambool in Victoria, and Wollongong and Gosford in New South Wales, set for reassessment.

“They’re not just with us, they look after the veteran community from Pakenham, to Phillip Island to Mallacoota,” Mr Jeffrey said.

Mr Jeffrey argued it was not fair to provide face-to-face assistance to the elderly and unemployed at institutions such as Centrelink, and not to the veteran community.

“Some of our veteran community might have personal issues, and have difficulty talking to a person over the phone,” Mr Jeffrey said.

In their submission to Veterans’ Affairs Minister Michael Ronaldson, the Morwell RSL offered the DVA to continue providing the VAN office in an unused office space behind their club building in Berg Street rent free for an indefinite period.

Mr Jeffrey said the DVA could consider closing the Morwell VAN office five years on, but not now with many young veterans in need of help.

“I reckon we have about 1000 signatures in Morwell supporting the retention of our VAN office,” he said.

In a statement, Mr Ronaldson said the government was committed to a stand-alone DVA, which delivers efficient services to veterans across Australia.

“More and more of our veterans, war widows and widowers and their families are choosing the telephone or the internet to make contact with DVA. Visits to our shop fronts are declining and are down 28 per cent since 2009,” Mr Ronaldson said.

The DVA closed the consultation process to veterans’ submissions yesterday, with Mr Geary expected to report back to the DVA secretary and Mr Ronaldson in due course.