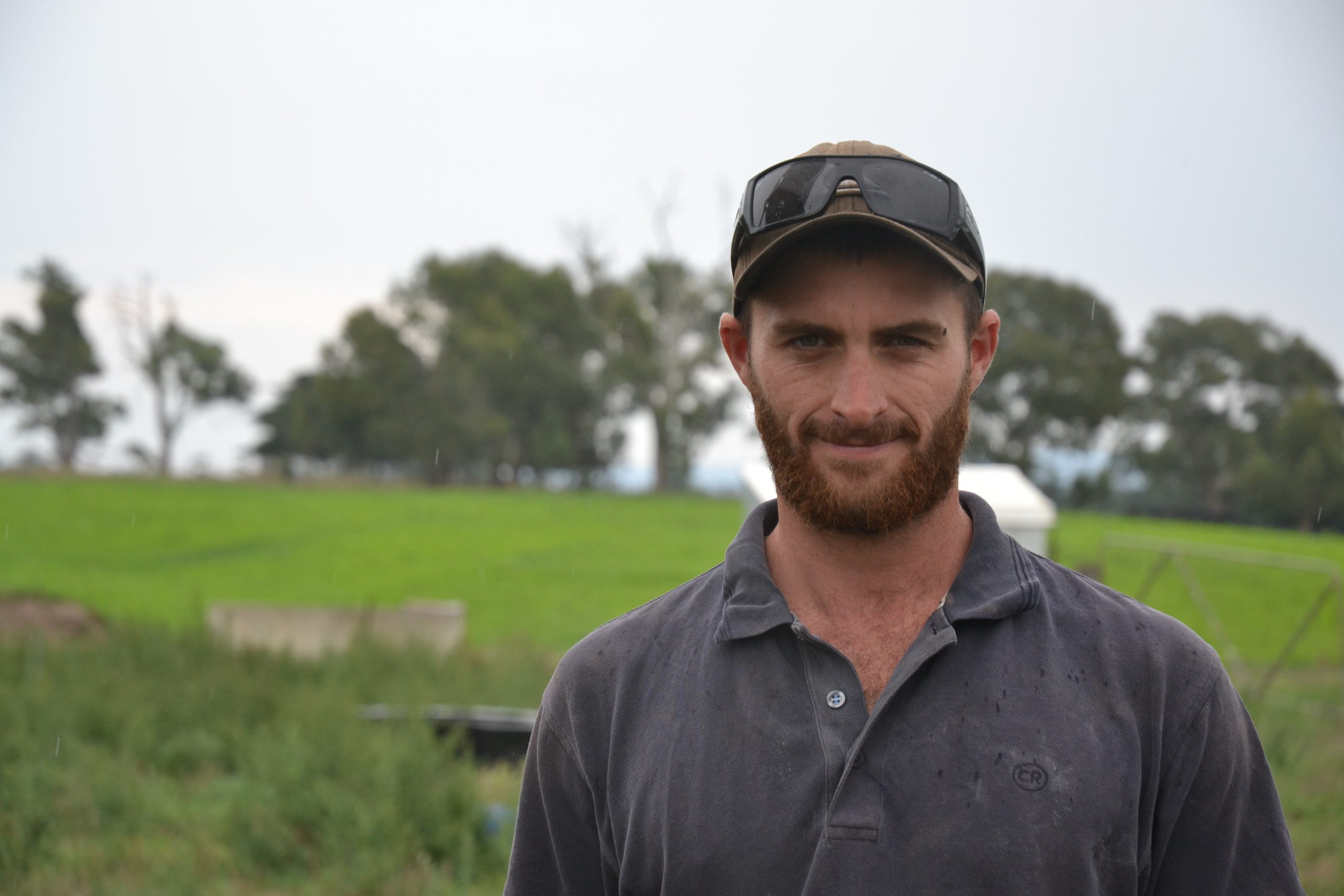 Flynn dairying newcomer Patrick Ferguson reckons Gippsland can become the nation’s premiere food producer – but only if the sector is smart about it.

Jumping headfirst into dairying last July after building up a cash supply in the oil and gas industry, Patrick, 27, has a 10-year plan to capitalise on “many” of Gippsland’s natural farming advantages.

“In the peak tourist season, there’s thousands of cars which come along this highway to the Gippsland Lakes – we as an industry just need to work out how to tap into that tourism potential,” he said.

While agri-tourism is just one of the many concepts being thrown around and discussed in the Gippsland Food Plan, a farming growth strategy blueprint released by Regional Development Australia Gippsland on Friday, Patrick said it’s the type of thinking needed by the sector to realise its economic potential.

Looking across his father’s Flynn property, Patrick said “there used to be a dairy everywhere you looked” in the Latrobe Valley, which now sees beef, sheep and cereal cropping as its more dominant sectors.

“Here the biggest hurdle is the price of land and the urban squeeze, and when you’ve got Traralgon expanding and three gigantic holes in the ground, that remains the biggest challenge for new farmers getting their foot in the door,” he said.

“It will be interesting to see what this area can do when it innovates, but it really comes down to what each industry is paying the most.”

“All the quantum leaps in production output really have been reached – so its about looking at the need to produce something more diverse, in a smarter and innovative way,” he said.

“But responsibility for this doesn’t always lay with the farmer – they are too busy – so there is a real role for industry groups to take the lead here – all they have to do is look at how agri-tourism has taken off in Europe.”

Patrick said Gippsland was holding all the right cards – particularly through its “clean and green” image – it just needed to play them right.

“The growth potential for more sustainable and environmental farming – which is what the consumer wants – is going to be where we stand out,” he said.

“You can always make your product more efficient wherever you are – it’s just in Gippsland we have so much going for it with reliable rainfall and fertile soils – so its a pretty exciting place to be working in, we just need to work out how we are going to do that.”