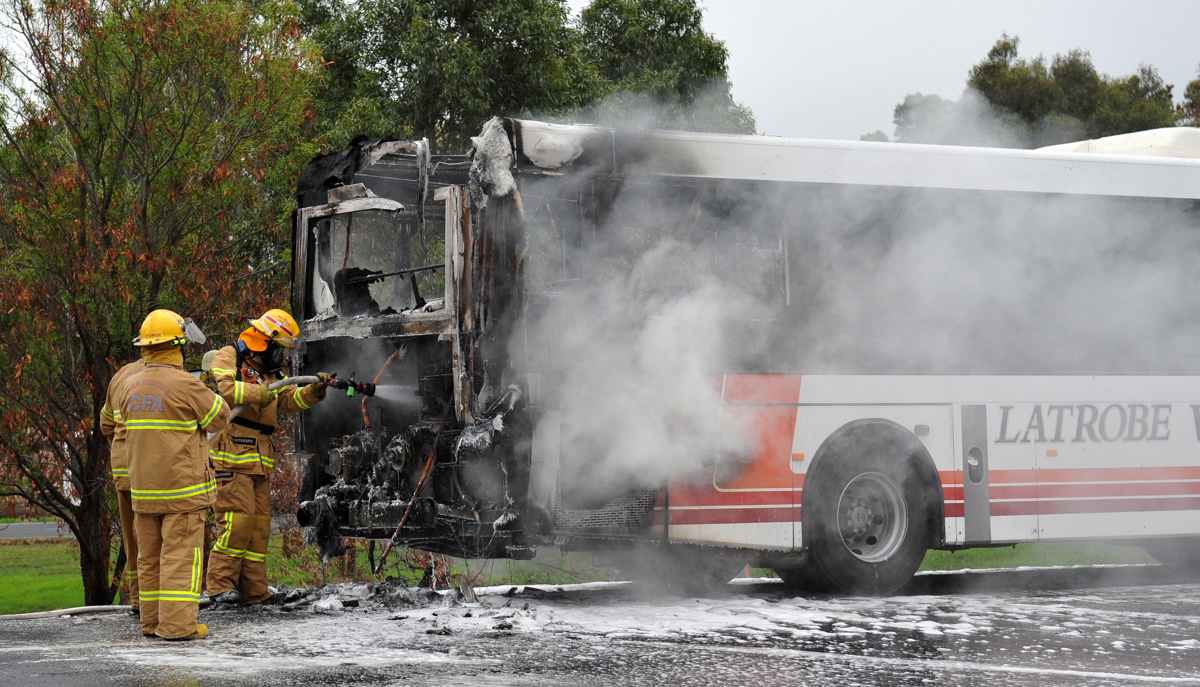 A Latrobe Valley bus driver and a passenger had to abandon vehicle this morning, after a suspected mechanical failure set their bus ablaze on a busy Morwell route.

Emergency services were called to the fire at the western Commercial Road freeway overpass at 9.15 am, where the burning bus had been pulled over.

According to Morwell police, the bus lost power after its engine caught fire, quickly spreading to engulf the rear end of the vehicle.

Police were still directing traffic around the scene at 9.30am, as a heavy haulage vehicle was moving to tow the bus.

No one was injured in the incident.

Latrobe Valley Bus Lines have been approached for comment.