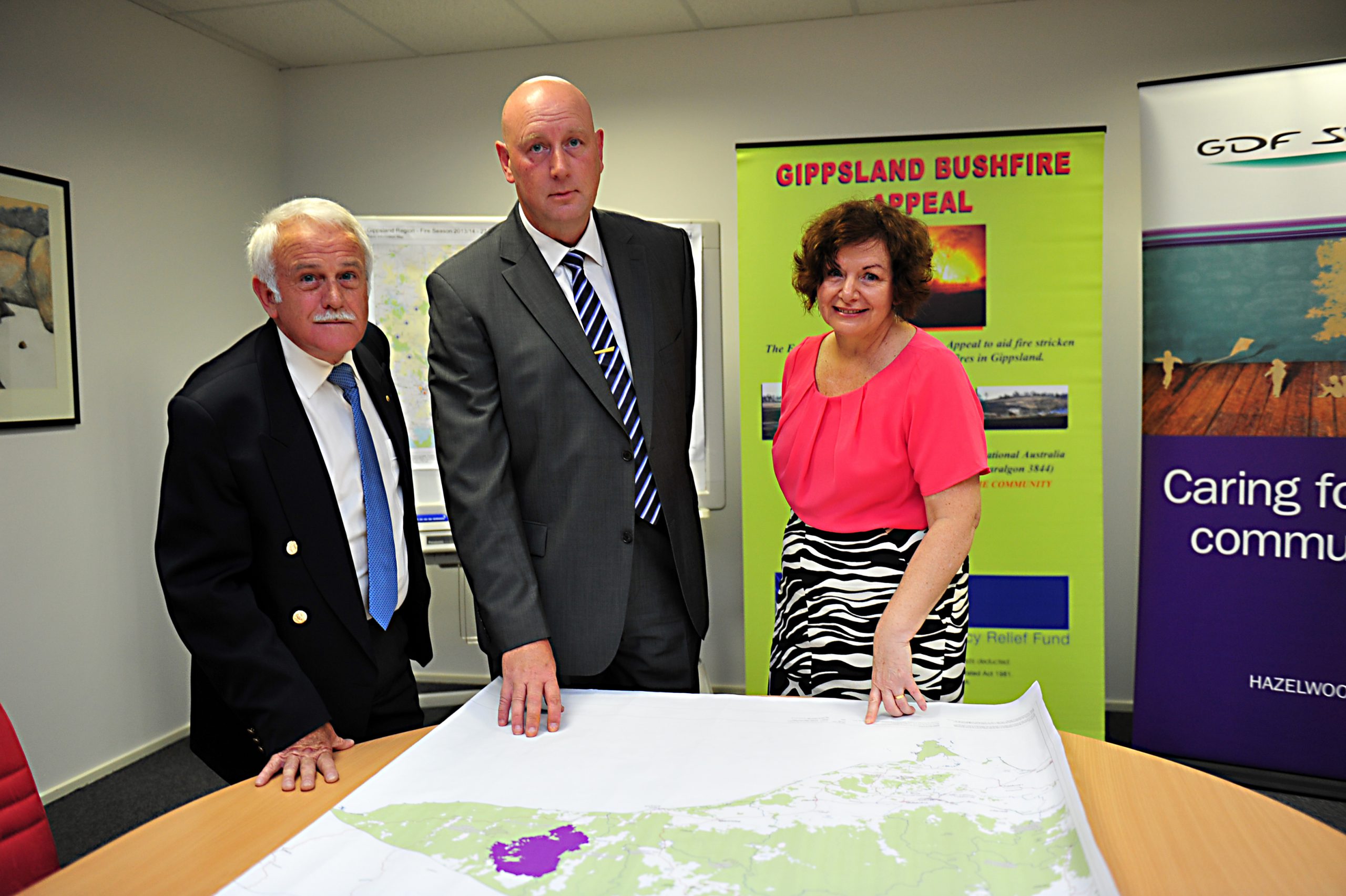 Gippsland Emergency Relief Fund volunteers are working to replenish the charity’s reserves after distributing more than $160,000 to locals affected by this year’s fires.

The GERF provided emergency assistance to those who had lost homes, livestock, personal property and fencing in the Driffield, Westbury, Jack River and East Gippsland fires.

For the Hazelwood mine fire, it made donations to Anglicare, the Salvation Army and Lifeline Gippsland.

“Anglicare purchased air purifiers and distributed them out to clients they knew were in particular need,” GERF deputy president Doug Caulfield said.

“The Salvation Army purchased tokens for a car wash and fuel vouchers, while Lifeline used the extra funds to boost their capacity to deal with telephone counselling.”

Mr Caulfield said a $50,000 donation from GDF SUEZ on Tuesday would go a long way to helping GERF replace the reserve it dipped into during the fires.

“If we can continue with this we can get ourselves back to where we were before these fires started,” Mr Caulfield said.

Upon making the donation on Tuesday morning, GDF SUEZ Hazelwood director of people, culture and environment, Steve Harkins, declined to speak to The Express.

Maintaining a reserve is the key to the fund’s ability to respond immediately in all types of emergencies, Mr Caulfield said.

He thanked the community for its continued generosity.

“When we launch an appeal, people that have previously received a grant from the fund, immediately make a donation, because they, probably more than anybody else, realise how valuable that can be in those early stages,” he said.

Donations are tax deductible and GERF has no administrative costs.

Donations to GERF can be made:

PayPal by following the link on the GERF website www.relieffund.org.au