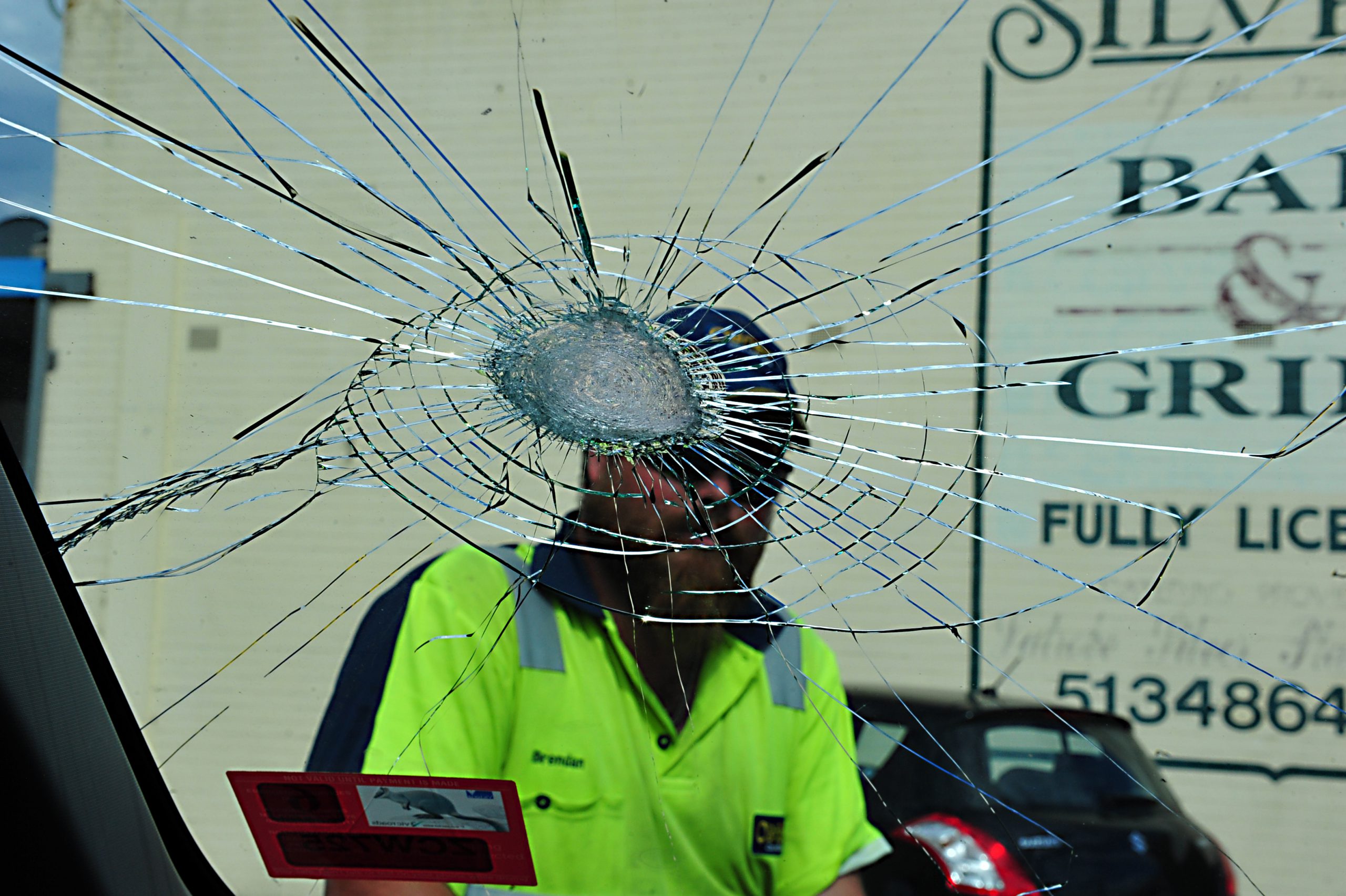 A TRARALGON woman was left in shock when a large rock smashed her car windscreen last Friday evening.

Cassandra Brown was travelling along the Princes Highway in Traralgon, between Loch Park Road and the Traralgon CFA, at 9.30pm after picking her son and his friend up from work when an unknown offender threw a large rock at her vehicle.

The rock shattered two layers of her front windscreen, leaving only the clear plastic film between the rock and her 17 year-old son Jake, who was sitting in the front seat.

“The kids reckon some nutter was in the bushes; the highway runs parallel with the railway line and kids just walk along there,” Ms Brown said.

“When it happened I think I slowed down a bit but luckily there wasn’t any other traffic around because if I had of braked someone might have (hit the rear end of my car) or anything.

“It was horrible, I was kind of okay at the start and then at the police station I was okay, but when I got off the phone from my daughter I went into shock or something and I started freaking out – Jake could have died.”

Ms Brown considered herself lucky she reacted the way she did but worried others may not be so calm if they fell victim.

“The bigger picture for me is they could kill someone; we didn’t see anybody,” Ms Brown said.

“Kids should think about these things before (they do it), they just don’t realise (the consequences).

Traralgon police are asking for any witnesses to the incident to phone 5174 0900.