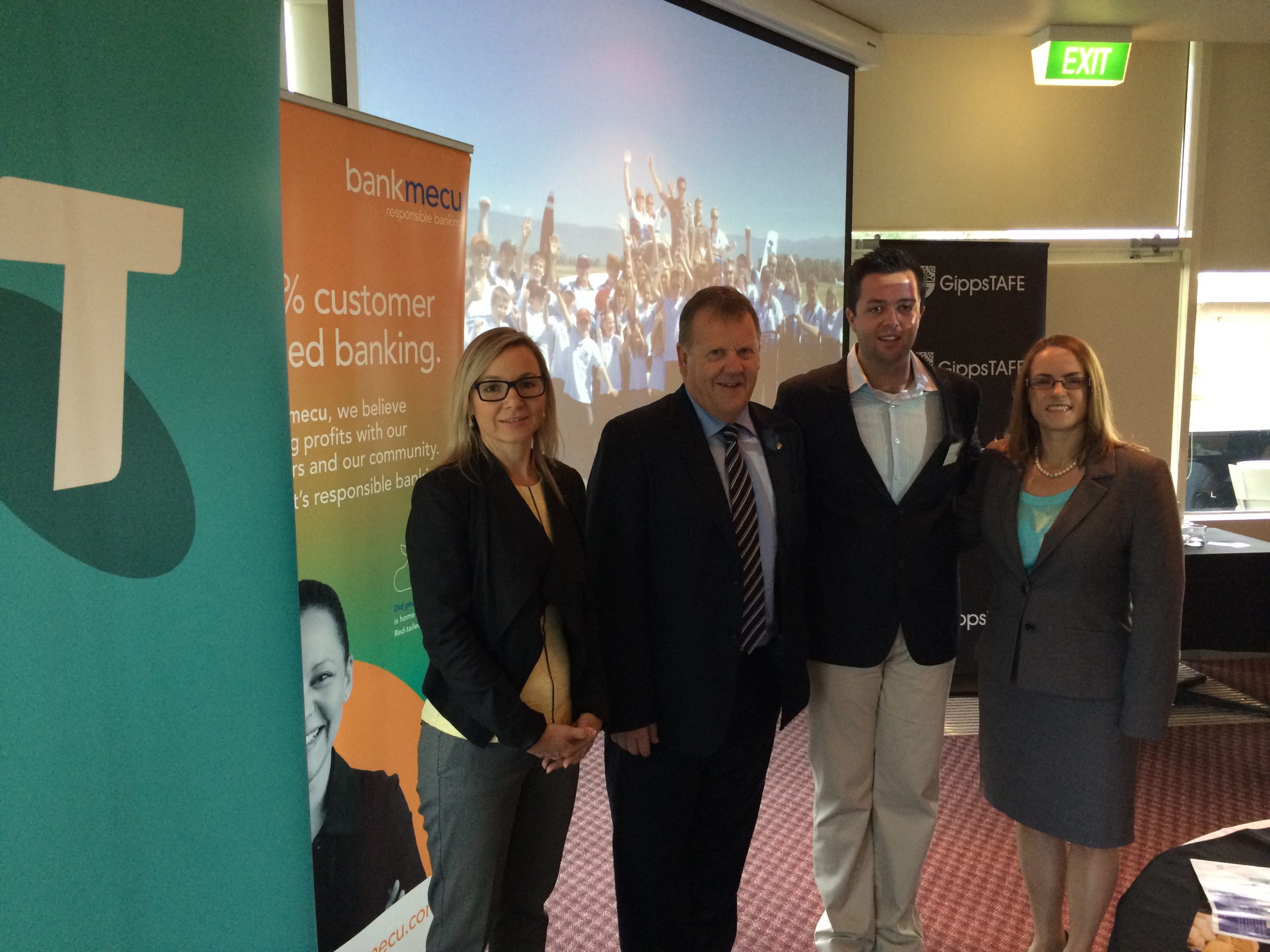 Life is what you make it and it is up to each individual to decide what he or she wants to commit to.

Those were among the key sentiments expressed by world record-breaking pilot, 19 year-old Ryan Campbell, who was a special guest at a business breakfast in Morwell last week.

The youngest solo pilot to circumnavigate the globe, a feat he achieved last year, Mr Campbell was also named as the Australian Geographic Society’s Young Adventurer of the Year for 2013.

Mr Campbell addressed an audience at the Gippsland Community Network Breakfast held at the Waratah Restaurant at GippsTAFE.

He told the audience about the major lesson he learned from his epic flight – if someone had a dream, they had to have the courage and commitment to make that dream happen.

“I think the question anyone has to ask themselves is, ‘Do I want to do this or not?’ If not, that’s fine, but if the answer is yes, you need to go for it,” Mr Campbell said.

“I hope that people will look at me and say, ‘well if that kid can do it, then I can as well’.”

Mr Campbell dreamed of being a pilot from an early age and, after reading an article about a teenager who gained his pilot’s licence at 14, decided he could as well.

He became the youngest pilot in Australia at 15, then a commercial pilot at 18 and is now a world record holder, following his 70-day flight covering some 24 thousand nautical miles, which he completed in September last year.

Mr Campbell led the audience through the preparations for his journey, which included enlisting the help of adventurer and aviator Dick Smith, breaking the idea to his parents, as well as the journey itself.

The Merimbula teenager is now writing a book about his experience and is hoping to encourage other young people to take a direct interest in aviation.

For information about the next Gippsland Community Network Breakfast, phone Pat Coles on 0428 746 207.