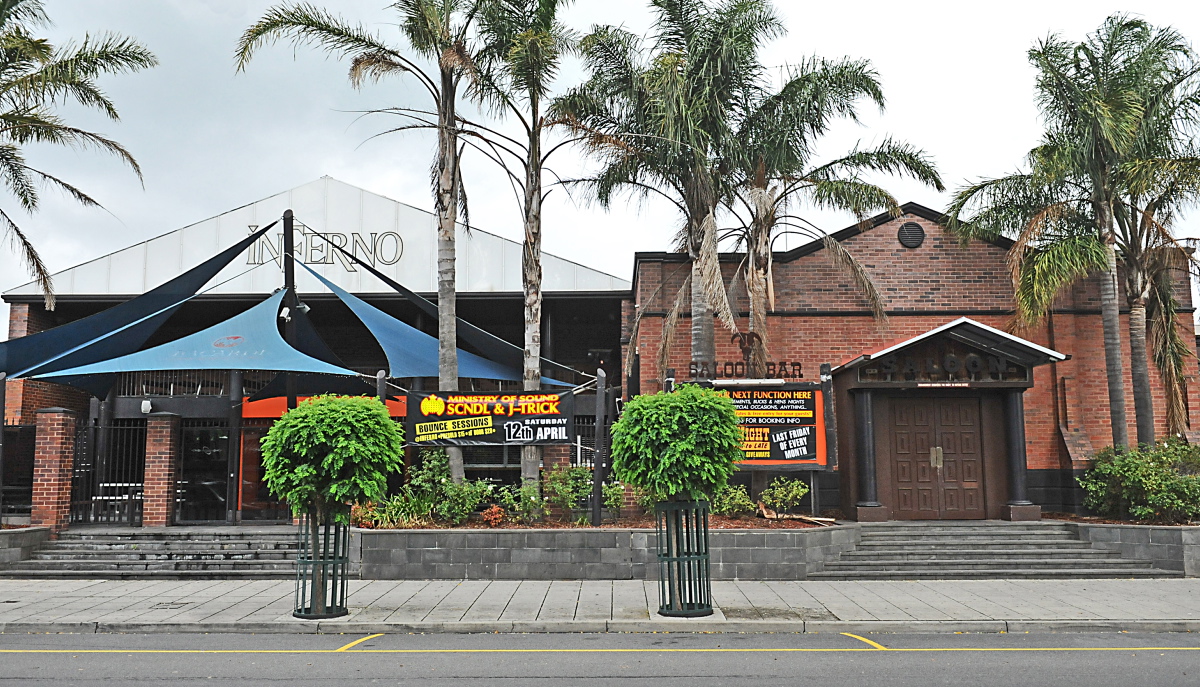 The Latrobe Valley’s largest late-night venue will shut at 4am on weekends and impose a lockout of 1.30am following a decision by the liquor licensing watchdog.

Owners of Traralgon’s Saloon Bar and Inferno nightclub were locked in a more than year-long dispute with the region’s police inspector after he requested the Victorian Commission for Gambling and Liquor Regulation to amend their liquor licence.

Then-Inspector Mick West wanted to see the entertainment complex shut at 3am in a bid to reduce alcohol-fuelled violence in the town’s central business district.

Now based at Bendigo, Superintendent West described the decision as a “step in the right direction”.

“The extra conditions put onto the licence should help make the place safer for people to visit and be in,” he said.

“I very much welcome the lockout.”

Saloon and Inferno were licensed to open until 7am, but usually closed at 5am on their busiest nights.

As part of the legal dispute, the licensees reduced the opening hours to 4am from 15 November last year, and the commission has ruled this continue, plus a 1.30am lockout.

The lockout was previously 3am, but management generally imposed a 2.30am lockout.

“The commission remains concerned by the level and number of incidents relating to assault and drunkenness inside and outside the premises over the past three years; many of which have occurred during the later stages of trading hours,” the decision read.

Complex owner Andrew Panayiotou said he was “delighted” by the decision and described the 4am close as reasonable and workable.

“The 1.30am lockout is probably a good thing as well as long as we can get our patrons to understand to get here earlier so they don’t miss out on coming in and enjoying themselves,” Mr Panayiotou said.

“We will continue improving and making the place the nicest and safest place to go.”

Mr Panayiotou said while he hoped the new conditions would help reduce assaults, he still believed public education was the most effective way to reduce alcohol-fuelled anti-social behaviour.

“You’re never going to stop all of it. There’s always someone that will behave badly. The only thing we can do is try to reduce it,” he said.

The commission ruled management undertake advanced responsible service of alcohol training; an additional security guard trained in RSA be present at each bar when there is live or amplified music; and the owners procure the services of public safety specialist and former Victoria Police officer Dr Tony Zalewski to conduct an independent review of their security system in three and six months.

They hired Dr Zalewski last year to develop a security management plan and standard operating procedure for the venues, which was implemented on 17 December.

The commission also upheld an earlier request that the owners or the venue manager be present at the premises from 11pm until close.

In its decision, the commission acknowledged Mr and Mrs Panayiotou had an increased understanding of their responsibilities and had “taken on a more ‘hands on’ approach” and ruled this should continue.

“The commission accepts that … the licensee has taken steps to improve the management of the premises,” the decision read.

“Further, the commission notes that many of these initiatives have involved significant commitments of time and resources by the licensees which demonstrate a commitment to minimising the risk of causing detriment to the amenity in future.”

Insp West’s request to the commission was prompted by a string of incidents including 19 assaults inside or outside the premises between July 2011 and September 2012, 15 of which involved drunk patrons. In its decision, the commission stated it “accepts that while the premises clearly contributes to amenity issues in the immediate area, it does not operate in isolation”.

“There are a range of factors influencing outcomes for the community of Traralgon from late night licensed venues and these need to be tackled holistically.”

The commission encouraged the licensees to work with the local Liquor Accord and Traralgon CBD Safety Committee.