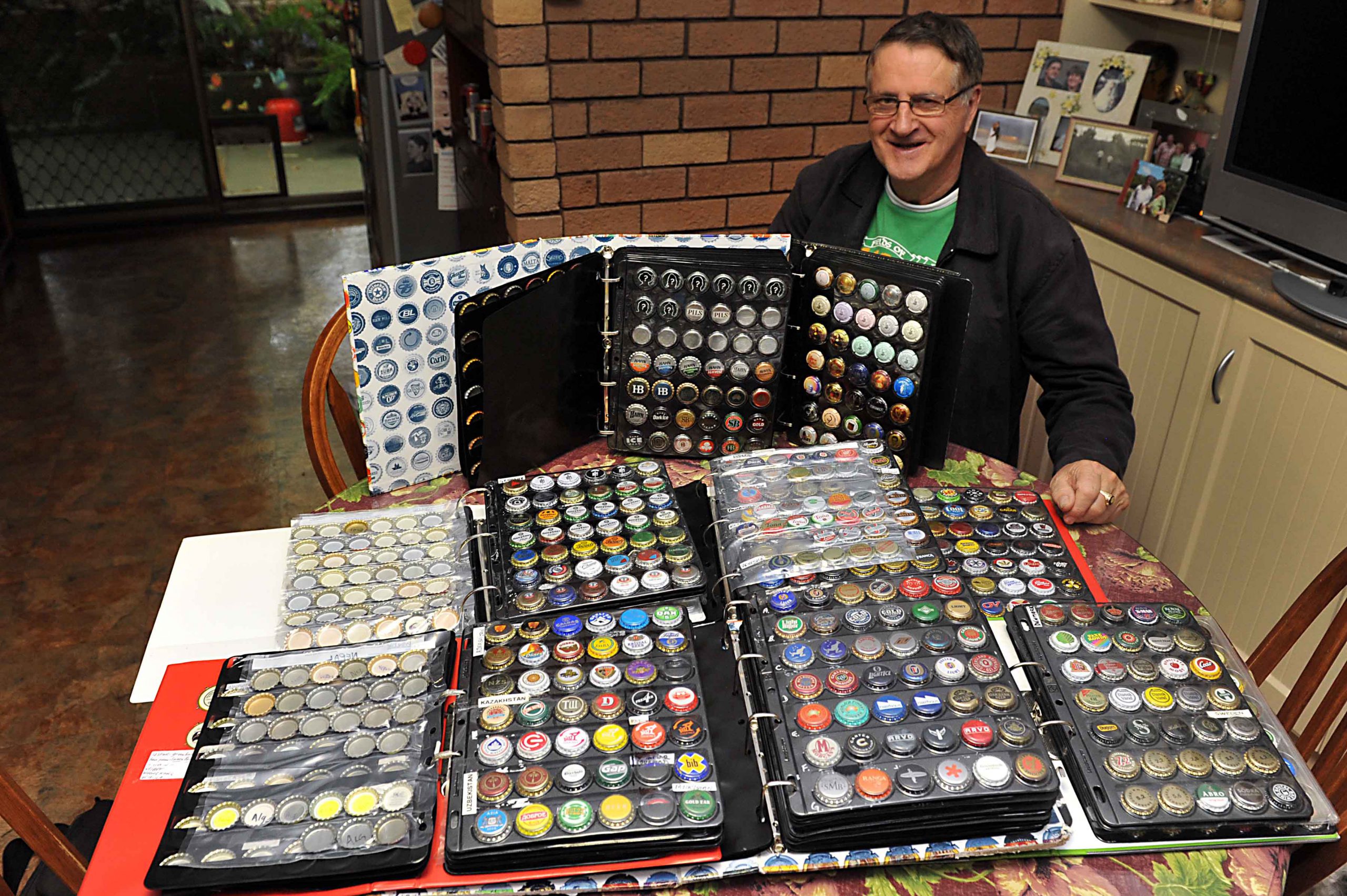 It took eight years for 72 year-old retiree, John Breheny of Churchill to collect about 20,000 bottle caps.

The number has now dwindled to 9000 caps after Mr Breheny sold the majority of his collection and held on to unused caps from Australia and New Zealand.

“It is a weird hobby and I’ve conjured up a word for it, ‘crowncapology’, and it’s a word that people from all around the world use,” the avid cap collector said.

His obsession began during a business trip in Canada, where Mr Breheny spotted an unusual bottle cap at dinner and said to his wife, “I’ll keep that one.”

He spotted a few more caps and so his collection took flight.

“I’ve got a history in my family, they own breweries, my grandfather and his brother had a brewery in Sale in Gippsland, between 1897 and 1935,” Mr Breheny said.

“At this stage, my son’s got a brewery in Mirboo North and I’ve got a second son, he worked up at Mirboo North too.”

He said he felt collecting bottle caps was his connection with the family trade as he believed he would never be able to afford a brewery.

The cap collector has 28 folders organised according to the country the caps were made in, and said there were probably about 30 to 50 other cap collectors like him in Australia.