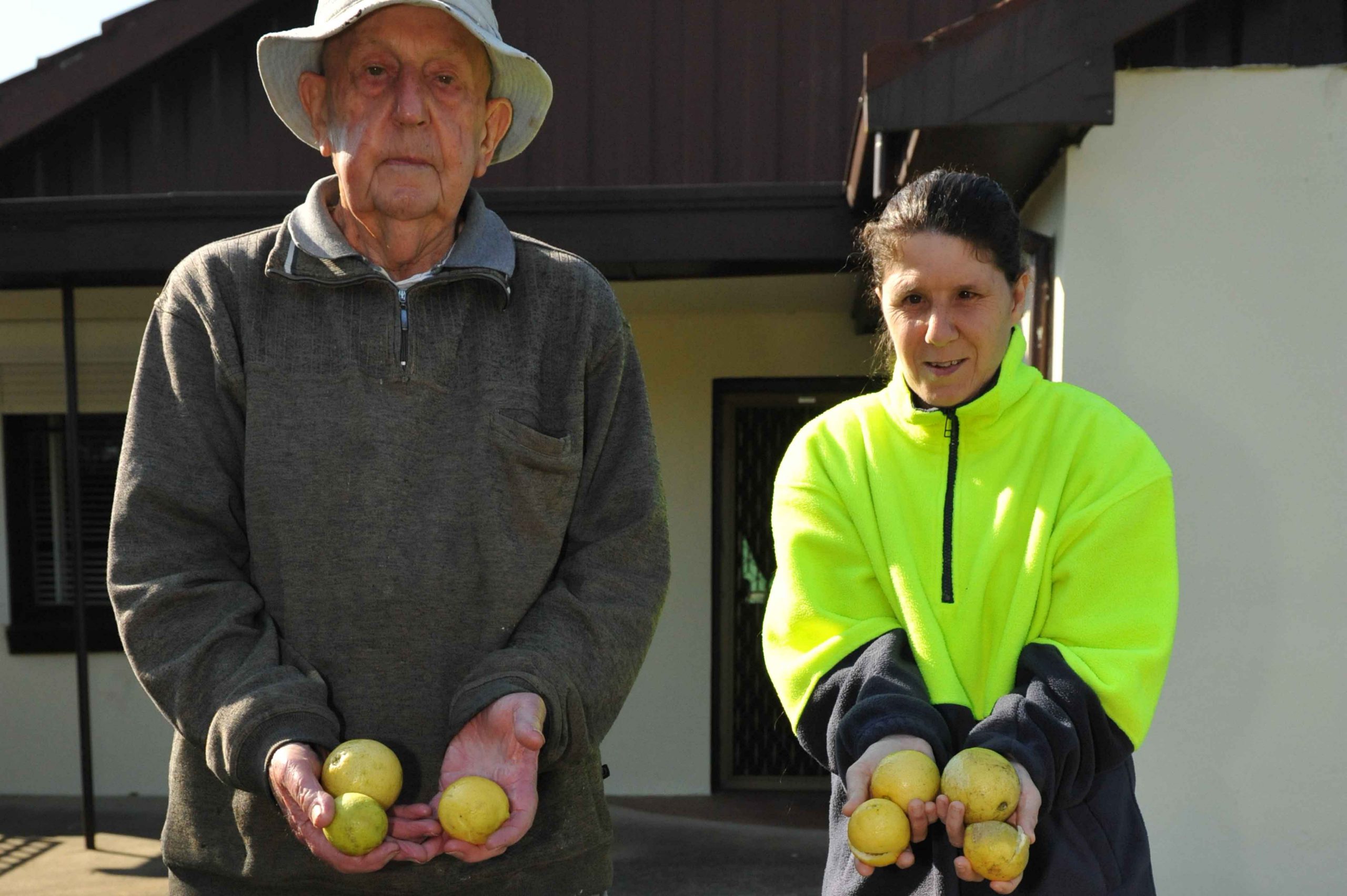 Tracy Kaughey was left “petrified” when lemons were thrown at her Morwell home on Wednesday night.

Her father Charlie Kaughey said about 8.45pm he heard the sounds of lemons and rocks hitting their house while he and his daughter sat inside.

Fifteen minutes later the harassers returned with more rocks and lemons and it was then the 86 year-old called the police, who told him to phone back if the attacks continued.

After a third attack police arrived, but were unable to catch the offenders.

Mr Kaughey said the Vincent Road house was not damaged, but his daughter was afraid to stay home alone.

“Luckily I had shutters otherwise the windows could have been smashed,” Mr Kaughey said.

“Tracy went to a friend’s house when I went for my walk this morning and she’ll probably come with me to the specialist when I go for my appointment (on Thursday).”

Mr Kaughey said his family had not experienced anything like this for 30 years, before this he experienced “a lot of trouble”.