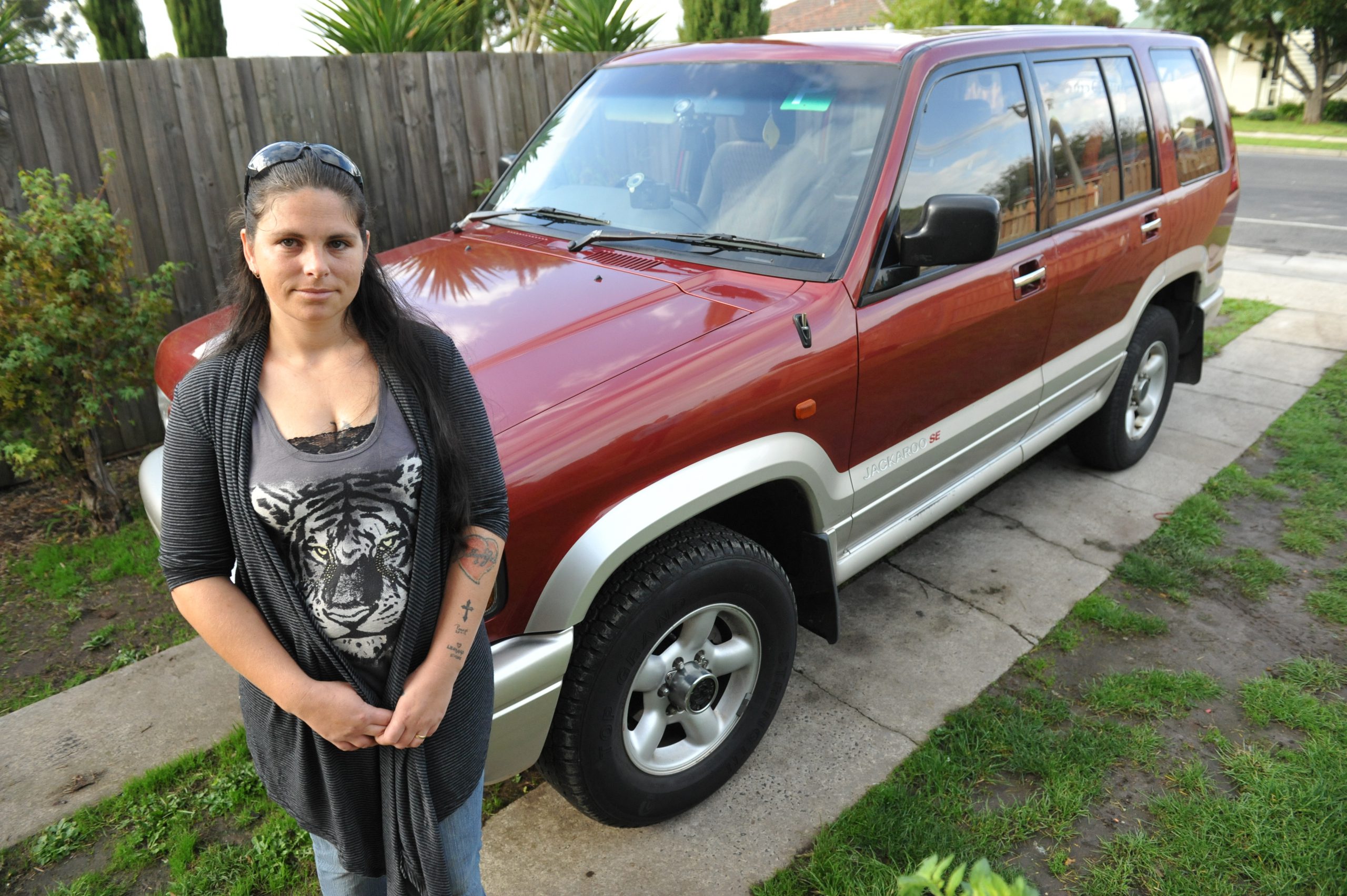 A MORWELL mother feared for the lives of her children when the car she was driving was run off the road in Traralgon on Good Friday.

Lisa Evans was returning with her six children from Rosedale when a driver in front of her vehicle slammed on the brakes of his yellow Ford wagon on the Princes Highway near Rocla Road. Ms Evans also braked, thinking something was wrong with the car and then overtook.

“They then were doing 20 kilometres in a 60km zone so I thought there must be something wrong with these people so I kept going,” Ms Evans said.

“Then at the first set of traffic lights they were sticking their fingers up, yelling and pulling faces,” Ms Evans said.

Ms Evans wound her window down and asked if there was a problem to which they allegedly replied, “all you f***ing P-platers should be off the road”.

“I said ‘why don’t you grow up? I’ve got my six children in the car’ so I wound my window back up and continued driving,” she said.

“When I got up beside them they went to swerve straight into the side of me so I had to quickly swerve and slam on the brakes before I hit the traffic light post, I just missed it, my children were screaming.”

Ms Evans described the car’s occupants as “scruffy looking”, in their 50s with grey hair, with a female front passenger and a male back passenger.

She phoned triple zero and passed on the vehicle’s registration before visiting Traralgon Police Station.

Since the ordeal, Ms Evans’ daughter has been scared to get in the car.

“(On Tuesday) my daughter asked, ‘mummy is someone going to try and run us off the road again?’, I said ‘no darling’,” she said.

Ms Evans said she had not heard back from Traralgon police as to whether any contact was made with the offenders.

“Maybe they’ve had bad experiences with other P-platers but they shouldn’t target people that aren’t doing anything wrong, especially people they don’t know.”

If you witnessed this event or have any information about the offenders, phone Traralgon Police Station on 5174 0900.