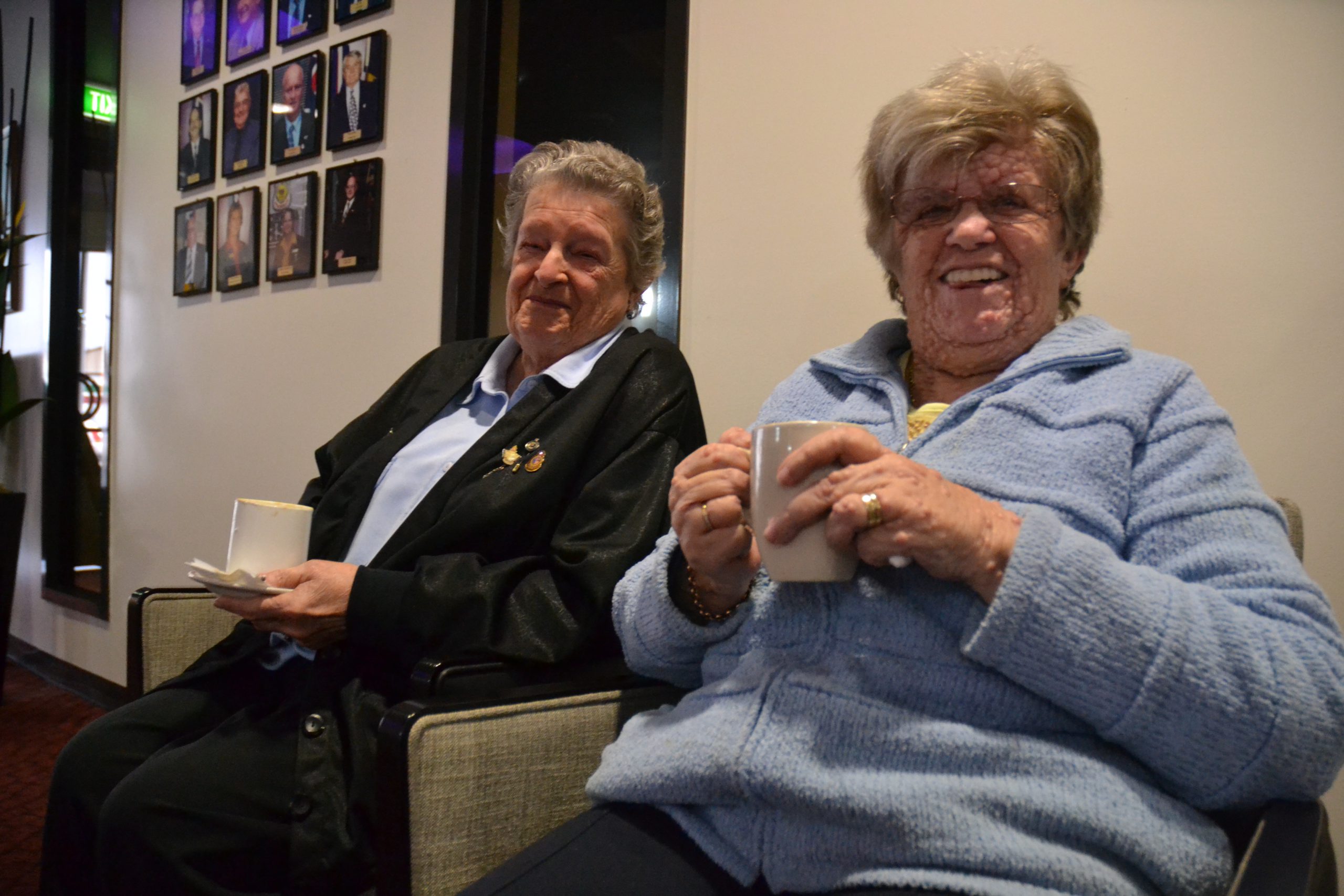 After decades of unwavering support for their late veteran husbands, Morwell’s Beverly Hurst and Ruth Tickner will attend tomorrow’s Anzac Day ceremony for the first time in place of their beloved men.

Becoming widows within a month of each other towards the end of last year, Anzac Day now takes on additional meaning for Beverly and Ruth, who will remember their husbands legacies along with those of thousands of other Australian servicemen.

The women say they were astounded at how much public support there was for armed services in recent years, judging by the strong turnouts at Latrobe Valley ceremonies.

“Over the last three years the younger generation have really gotten into it – even at the RSL they bus children down from schools where they can watch documentaries and learn about the past,” Ruth said.

But Beverly said the support had not always been so strong; her husband John, who served with infantry in the Vietnam War in 1967 to 68 at the age of 21 years – was met with nothing but hostility when he returned.

“It was nasty and un-called for – everyone was protesting about the war, but treating our soldiers so poorly at the same time,” Beverly said.

She said he was strip searched upon his return, after a pistol went missing from his unit – a sign of disrespect he struggled with, given the horrendous ordeal he had just been through.

“There was no welcome home, nothing – and RSLs didn’t fully recognise Vietnam vets until about 30 years later. Morwell RSL was one of the first places to eventually do that, so this is a very special place for us,” Beverly said.

Ruth’s husband Keith was based at Penang Island during the Malayan Emergency from 1957 to 1959, working to build an airstrip.

Ruth lived alongside him for the two-year period, during which their daughter was born.

Laying a wreath at Morwell on behalf of Malaya and Borneo veterans, Ruth said tomorrow would take on a whole new meaning without her beloved Keith at her side.

“Remembrance Day was very difficult without them last year, it happened so soon after we lost them – but they would want nothing more than for us to march for them,” Ruth said.

For Beverly, the thought of attending Anzac Day without John is confronting, but important and necessary.

“In one way I’m not really looking forward to him not being there, but we all must come to pay our respects – it’s important historically and personally, and it’s great to see everyone recognise that,” she said.

While the transition into life without their husbands remains difficult, Ruth and Beverly find comfort knowing the support they have in the veteran community.

“The support we get from the Department of Veterans’ Affairs and the RSL is absolutely marvellous,” Ruth said,

“Everybody is all over you like a rash asking if you need help – our men were pretty loved and respected here, so I’m sure we’ll survive.”