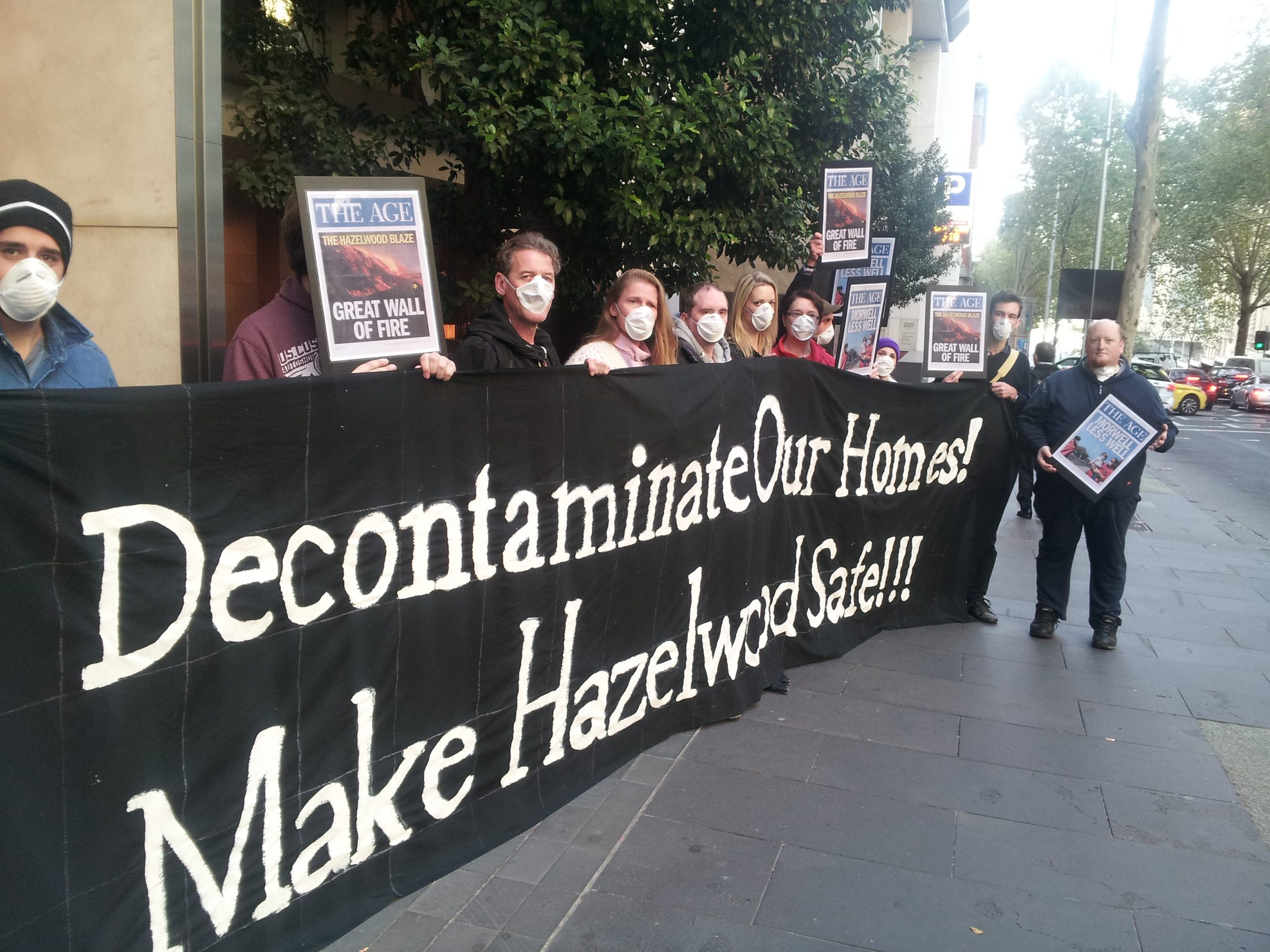 Latrobe Valley residents affected by the Hazelwood coal mine fire along with environmentalists, this morning protested outside the International Low Rank Coal Conference in Melbourne.

They called on the State Government to allocate funding in the upcoming state budget from coal subsidies towards the decontamination of houses impacted by coal ash and towards remediating Hazelwood coal mine.

“Subsidies for coal can’t be justified until homes are decontaminated and the mine is remediated to prevent another disaster,” Voices of the Valley president Simon Ellis said.

“We would be very concerned if these subsidies were to continue without attending to the current mess, and believe that these subsidies would be much more usefully diverted towards decontamination of homes and mine rehabilitation until these issues have been addressed.

“There are people who still can’t return to their homes because of the toxic coal ash.

“The fire is still burning, and the relief effort and decontamination for residents has been extremely half-hearted.”

Friends of the Earth spokesman Shaun Murray said funding towards coal industry subsidies would “demonstrate a lack of respect for the local community”.

“People need to be able to go about their lives safely in their homes, schools and community. This means properly decontaminating buildings of toxic coal ash and allocating funding towards remediation of the Hazelwood mine to ensure that it is safe,” he said.

A State Government spokesperson said in a statement, the government continued to work with Latrobe City Council as the lead agency in supporting Morwell residents in their recovery from the mine fire.

“The Government has put in a range of measures to assist people in Morwell both during the fire and the subsequent clean up such as relocation grants, health assessments, small business grants, clean up grants and many of these are ongoing. More than 540 have had their houses cleaned and progress continues,” the spokesperson said.

“The Community Information and Resource Centre at 20 Hazelwood Road can provide Morwell residents with up to date information on support options. Residents are also encouraged to contact their insurance companies to discuss their options.

“The Victorian Government is committed to investing in the economic prosperity of the Latrobe Valley and future jobs growth for local families.

“That is why the Victorian Government is hosting today’s symposium; to work with industry for achieving real outcomes for coal innovation, creating jobs and delivering a sustainable future for the Latrobe Valley.”