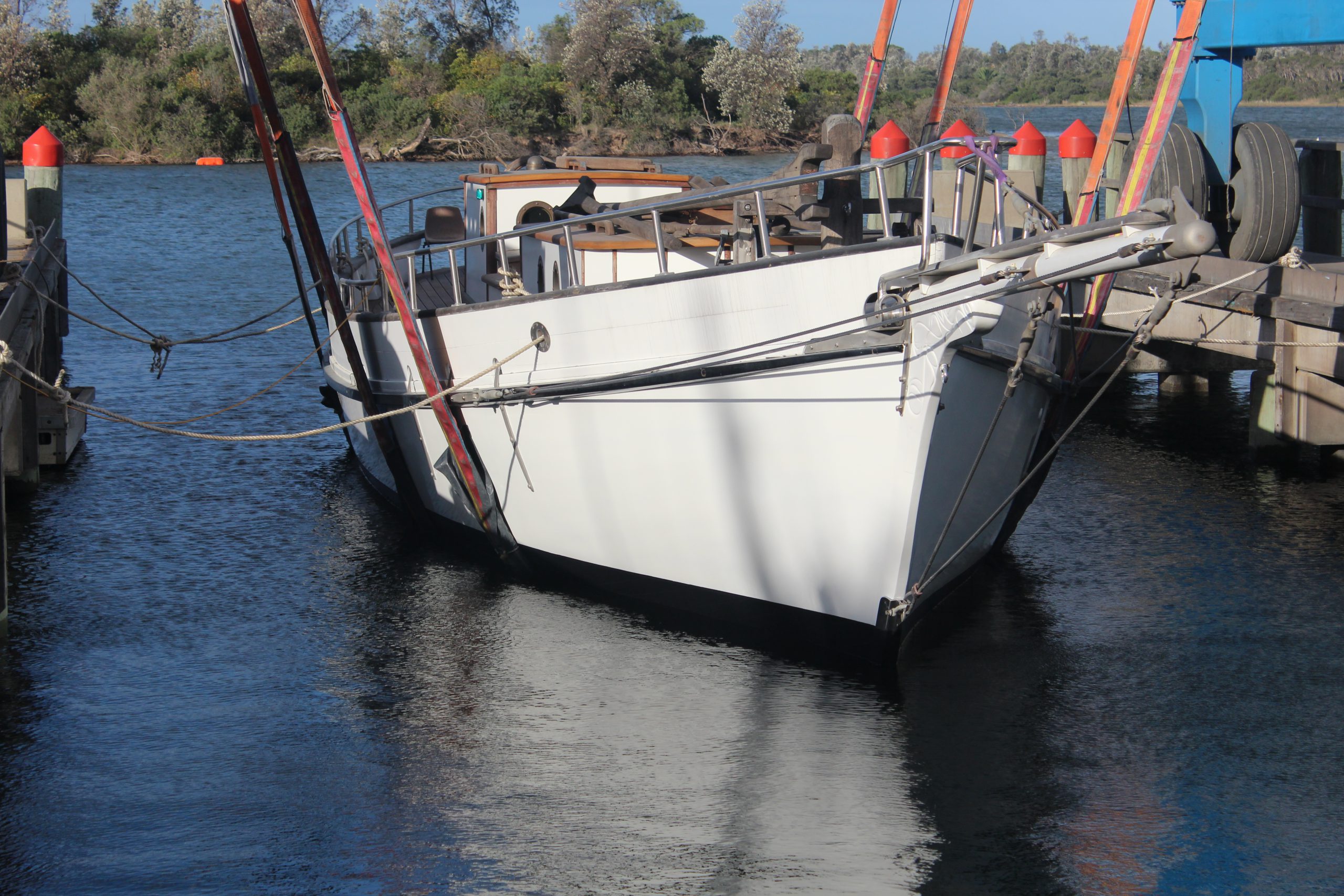 It was an emotional milestone at the Paynesville slipyards on Thursday, as two litres of beer sprayed in celebration against the bow of Broome’s oldest pearl lugger.

Painstakingly reconstructed over 25 years in sheds at Traralgon and Toongabbie by local boat-building tragic Dan McLay, the 90 year-old boat will set sail once again as an eco-tourism charter boat later this year.

“There was no dramas, we broke the Darwin stubby over the bow, and it went straight into the drink,” Mr McLay said.

“It’s always had a shed around it but now it’s got water around it, so that’s a relief.”

Mr McLay traded a 1979 Harley Davidson classic for the lugger after spotting it in a boats classified magazine, trucking it from Darwin to the Valley in 1989.

Over its lifetime, ‘Pam’ has worked mother of pearl beds in Broome and Darwin, was smashed by Cylcone Tracey, and underwent numerous restoration attempts under five separate owners.