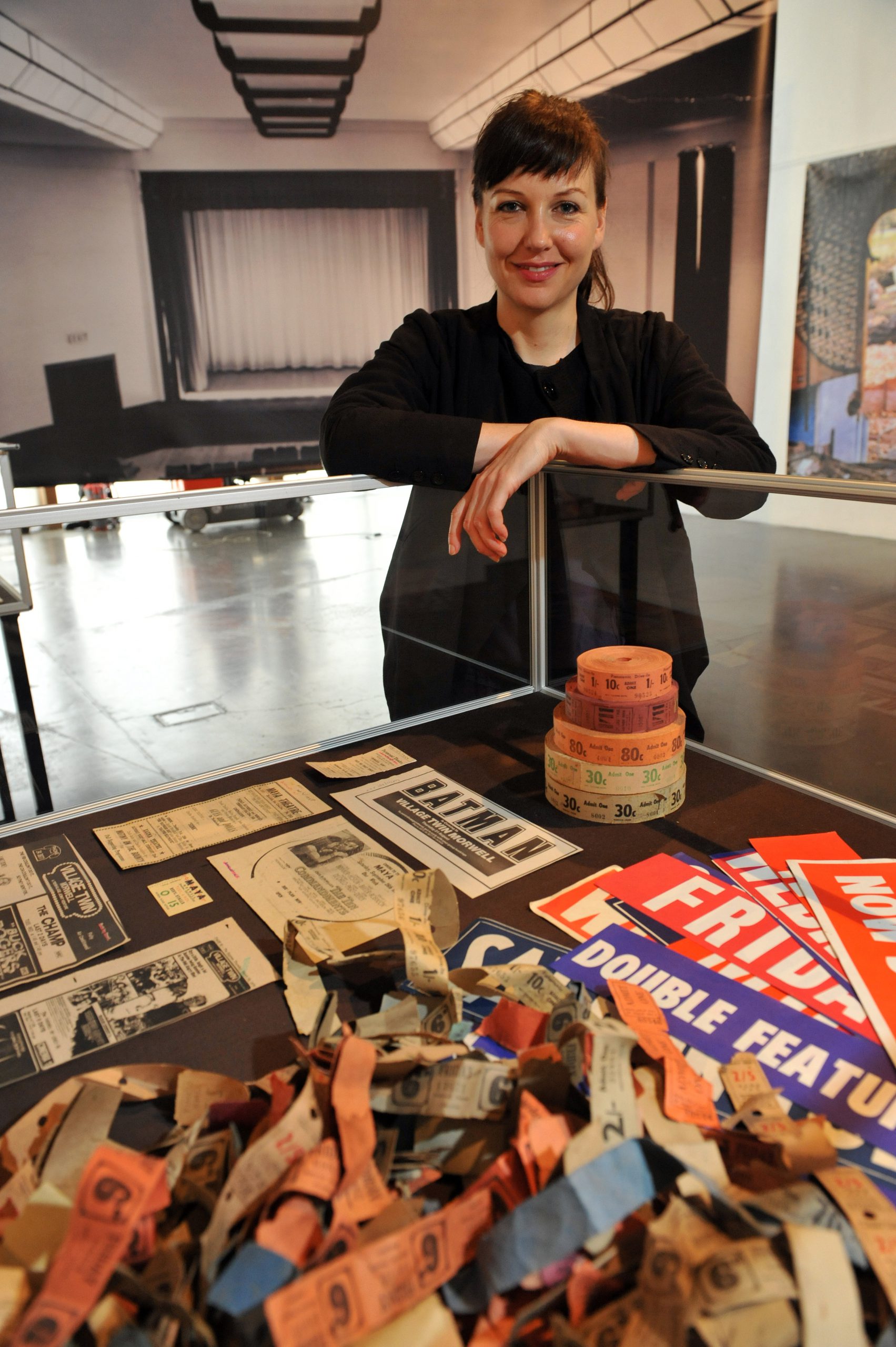 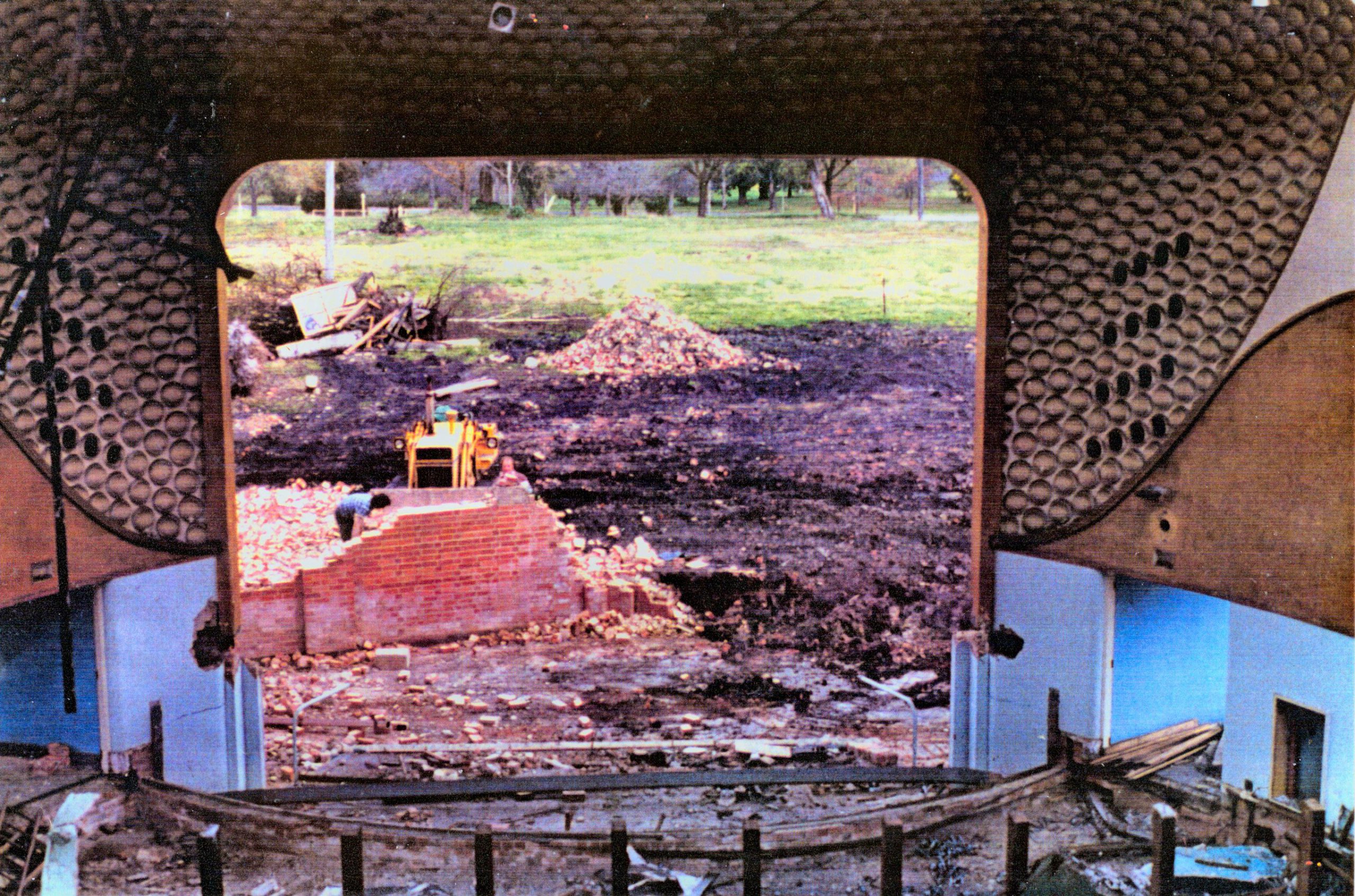 RELATED COVERAGE: A passion for the screen

A ROOM full of strangers laughing in unison, Jaffas rolling down the aisle, and secret teenage love in the dark.

These are only some of the nostalgic memories shared by many a cinema-goer, however for those who frequented the Yallourn Theatre, pulled down during the town’s dismantling in the 1970s, the flashbacks are bittersweet.

“Wow! I remember going to this theatre with Rob, and sitting in the balcony, when we were courting…” one former cinema-goer recollected of her time there, prompted by a photo of the iconic cinema.

“This picture brings back so many memories,” another recollected.

“The owner used to stand at the bottom of the stairs to the balcony and you were a brave Vegemite if you tried to sneak past her to get up to the balcony.”

Such warm, and sometimes cheeky memories, have become the focus of an exploration of local cinema history – Twin Cinema: Four Devils and a Woman in Red – currently showing at the Latrobe Regional Gallery.

Featuring a collection of cinema going paraphernalia – including a full-scale recreation of the projector used at Yallourn by local projectionist extraordinaire Peter Ricketts – a large scale photo print of the Yallourn Theatre mid-demolition is adorned with random memories scribbled on post-it notes.

“Stan Kubrick’s 2001, stoned – the chimp’s bone flying high for a very long time indeed, and the look on his face…” one post-it note reads.

Artist and curator Lily Hibberd has spent some 18 months in Gippsland compiling such Gippsland-based memories of local movie houses, and has since developed a deep respect for the role of cinemas in bringing communities together.

“The story came out pretty quick in the case of the Yallourn Theatre, because it was such a hub in that community. After all that has happened to that town, it’s clear the memory of that theatre has remained a strong point of centrality,” Ms Hibberd said.

What began as a mission by London-based curator and writer Bridget Crone to document about 300 cinema sites across Victoria, the project soon expanded, and saw a range of artists commissioned by NETS Victoria (supported by the Monash School of Art Design and Architecture) to create The Cinema Project to interpret the role of local cinemas in their respective communities.

“Movies have these ways of conjuring memories from people, all they need is a trigger,” Mr Hibberd said.

The posting of a black and white photo of the Yallourn theatre in its hey day on Yallourn Brown Coal Museum’s Facebook page, drew a rapid and enthusiastic response.

“Remember seeing Jaws there. There were screams all around when the dismembered head floated out from the hole in the wrecked boat,” Peter Smith commented along with 69 others on the Facebook page.

Latrobe Valley cinema-goers will get a chance to share their movie-going memories with each other this weekend, at what Ms Hibberd has coined as a memory ‘swap meet’ at the LRG exhibition space.

The Cinemoria: Cinema Memory Event will be held this Saturday at Latrobe Regional Gallery from 1pm to 3.30pm.