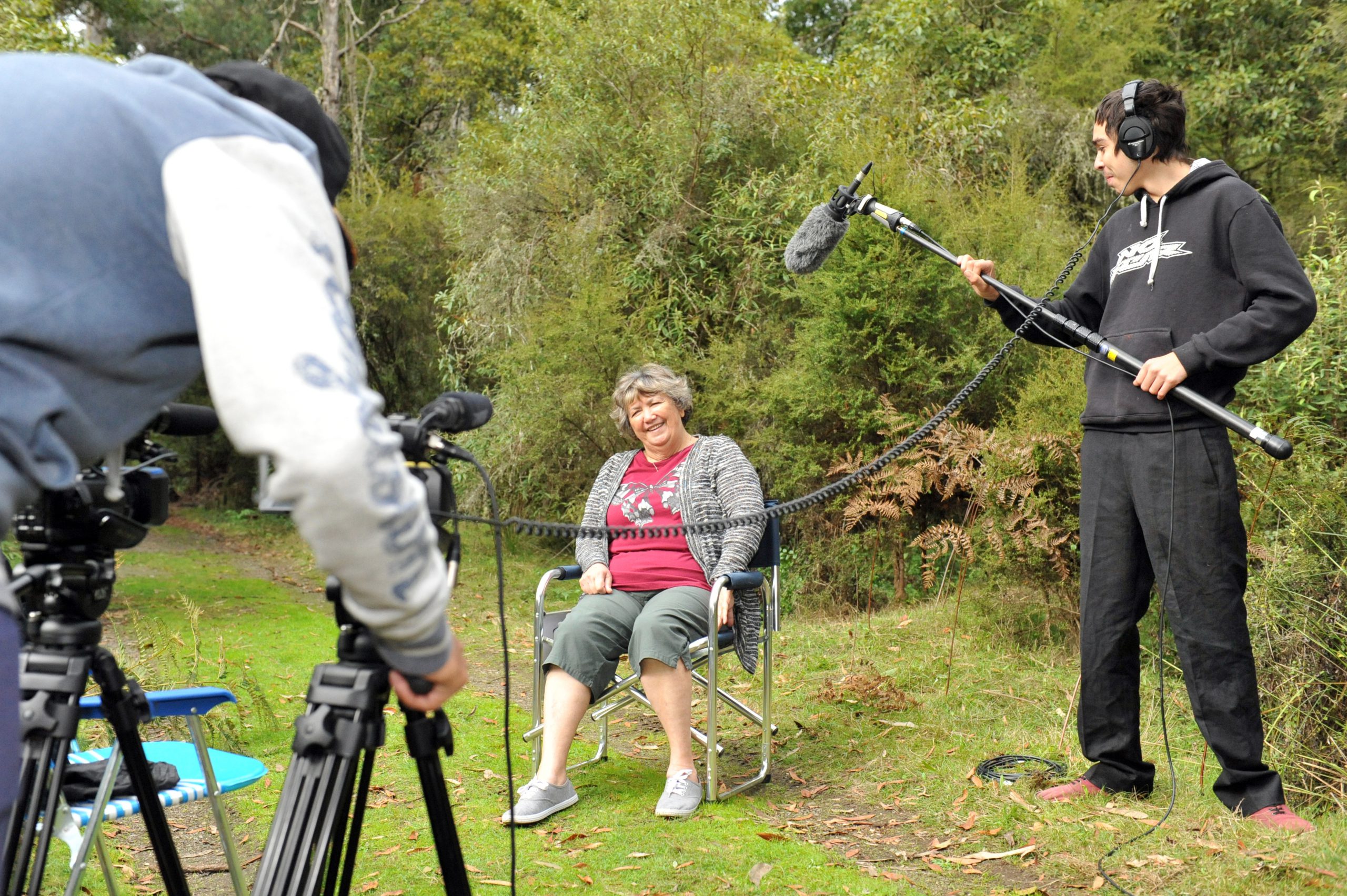 The rich local history of Latrobe Valley’s indigenous community will be enshrined on video, with the help of a local contingent of Koorie teenagers trying their hand at filmmaking.

“The kids were speaking to elders who knew their grandfather or great grandfather – telling them about all the everyday things they used to do, like hunting and fishing – it was insights like that which had the kids mesmerised,” Ms Carder said.

“Often students have thought of these elders just as elderly people – but there’s a lot of stuff from their pasts that they didn’t know about in terms of what they did in their earlier years.”

What began as a conversation between Open Channel tutor Rebecca McLean and respected northern Victorian ‘multi-clan’ elder Bobby Nicholls in 2011, the yarnin’ initiative has continued to attract community support and funding to allow the continued archiving of Koorie elder stories across the state.

“This came about from a fear the community was losing some of their elders, and so often their stories were going with them because a lot of their stories would go untold,” Ms McLean said.

“While there’s a lot of well known land rights activists out there, it’s often the people that you don’t ever hear about who are the quiet achievers.”

Kicking off in Shepparton in 2012, the initiative has since staged filming in Koorie communities in Warrnambool and Swan Hill before heading to Morwell this year.

“Everywhere you go the stories are different, which is one of the focuses of yarnin’, to capture the diversity of Koorie communities which have all had their own histories of struggle.”

The Kurnai students are currently undergoing the laborious task of editing their footage, ahead of a planned community presentation in the coming months.

“The kids are now clicking on to those connections and who they are; it all falls into place and then they want to know more as to how they are connected to the world, which gives a sense of identity for them,” Ms McLean said.