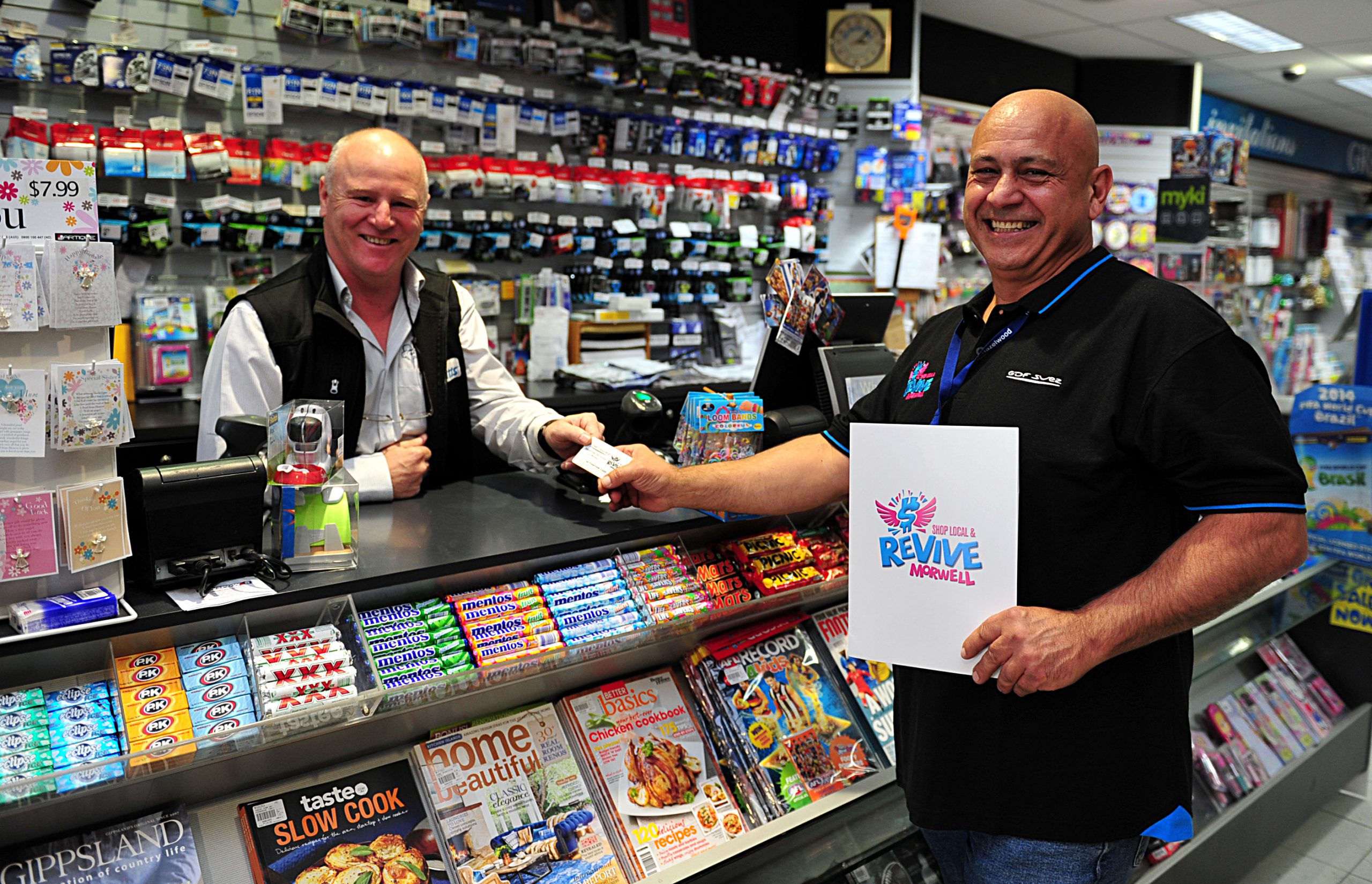 A $670,000 project to revive Morwell’s business sector will see each of the town’s households receive $100 to spend within the town next week.

Hazelwood Power Station owner GDF-SUEZ will provide gift cards to all of the 6700 residences of Morwell, who can then purchase any product from Morwell business, excluding alcohol and cigarettes or gambling purposes.

“We are well aware the mine fire had an impact on the Morwell community and we want to focus on the revival of the town,” GDF-SUEZ people, culture and environment director Steve Harkins said.

“We believe this is a good way to kick-start that revival.”

Mr Harkins said residents could spend their voucher as they wished, such as buying clothes, groceries or other goods, having their car washed or serviced, or spending their money on any trades service.

He said he did not wish to control people’s spending habits, but hoped the cash injection would allow people to use the funds for purchases they would not otherwise have made.

“If people do spend the money on the groceries, we hope it allows them to take money otherwise earmarked for groceries and spend it in the retail sector,” Mr Harkins said.

When asked why large businesses such as supermarkets and chain stores in Mid Valley were included, Mr Harkins said they also employed local people.

“At the end of the day Morwell is Morwell, it doesn’t matter where,” he said.

Mr Harkins said a team of 30 volunteers were activating EFTPOS machines in all Morwell stores to enable the card’s use, but encouraged any business that had not been visited to contact them.

Morwell business owner Ray Burgess welcomed the initiative and said he expected it to provide a good boost to businesses.

“I hope it’s small businesses where the bulk of the money is spent,” Mr Burgess said.

He said he hoped residents were not cynical about the idea and used the cards to support Morwell businesses.

Mr Harkins said the vouchers were valid until the end of June, but residents were encouraged to shop next week.