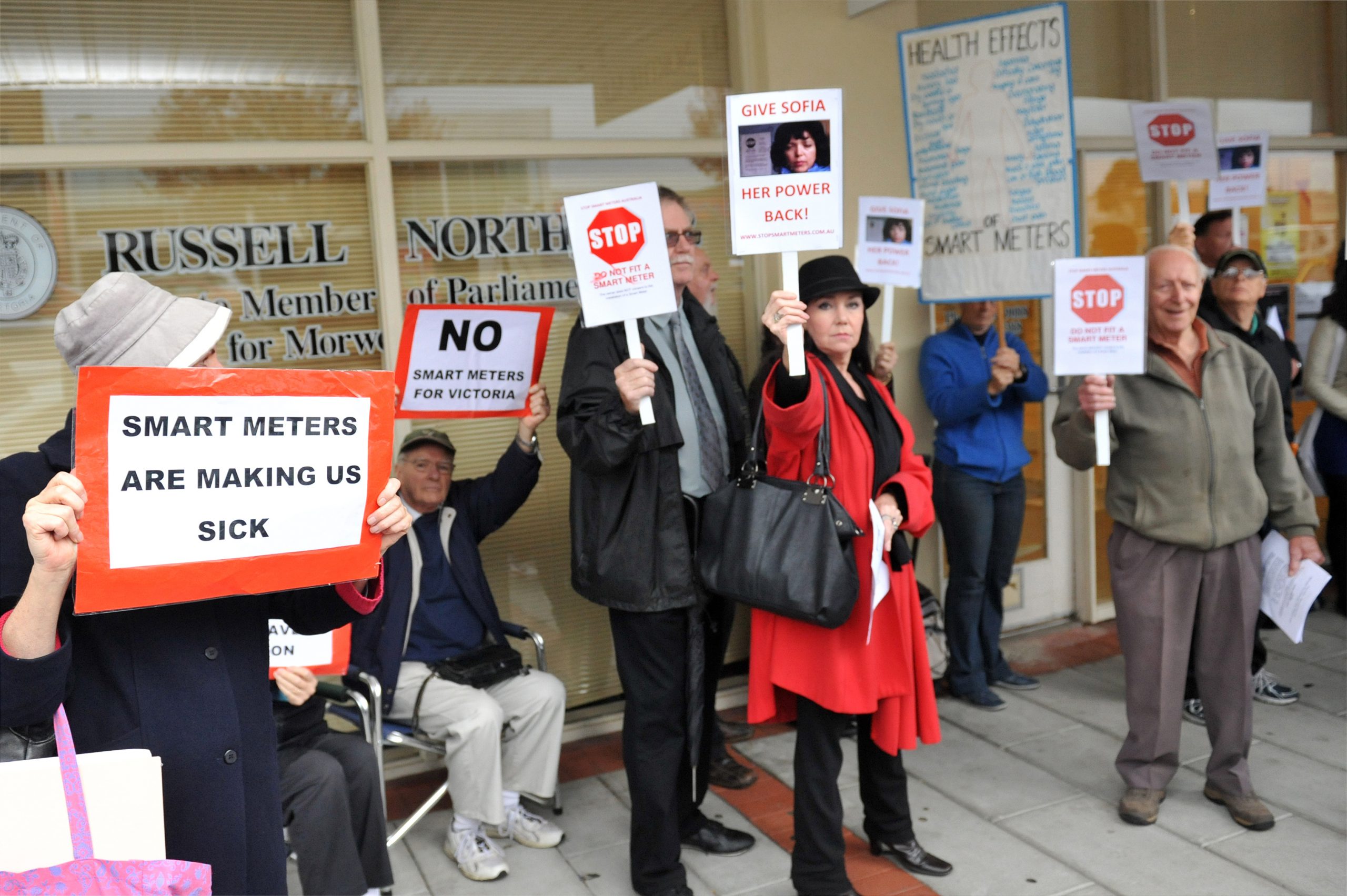 Dozens gathered outside of Energy and Resources Minister Russell Northe’s Morwell office on Friday protesting to stop the roll-out of smart meters before a health audit is completed.

“We have heard nothing since,” Mr Bridges said.

“At the very least the smart meter roll-out should cease until the health audit is completed.”

Mr Bridges said Mr Northe refused to speak to anyone regarding the issue, despite the continued roll-out of smart meters across the state.

He said there were increasing reports of adverse health effects from the “pulsing, microwave emitting, smart meter transmissions”.

A State Government spokesperson said a new technical study had been commissioned to “confirm” the electro-magnetic fields from smart metres continue to fall well within the national radiation standards set by the Australian Radiation Protection and Nuclear Safety Agency.

“The new round of testing will update previous studies and help build community confidence in the safety of smart meters,” the spokesperson said.

“The department is making preparations for the commissioning of this study and details will be released as and when they are available.”