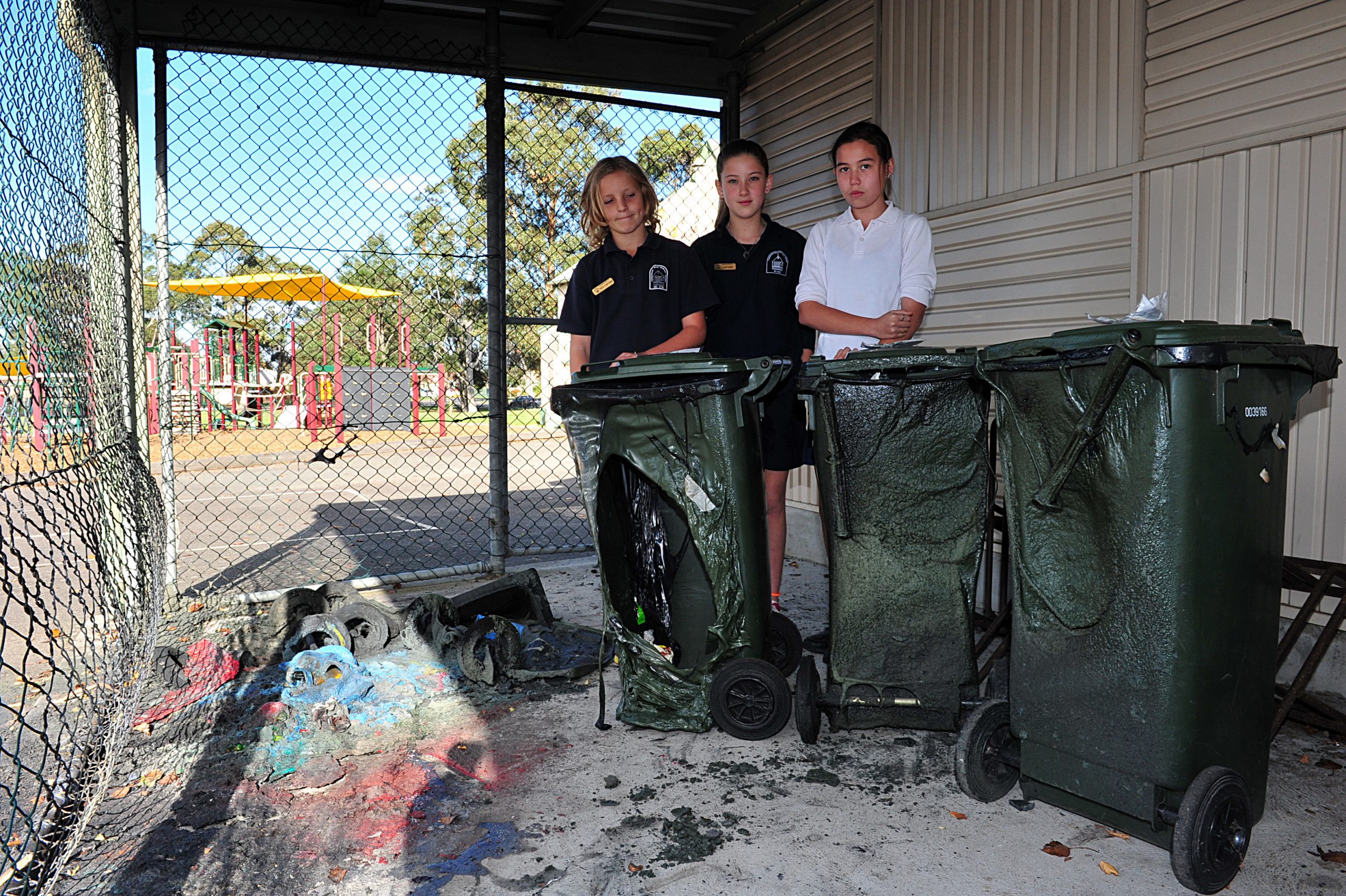 Morwell students were dismayed to find further damage to their school following a series of vandal attacks.

After spending almost a full term away from their school during the Hazelwood mine fire, Commercial Road Primary School property has been damaged twice in the past two weeks.

Last week an outdoor environmental project was destroyed and on Monday, children found four recycling bins full of play equipment and toys burned to a mess of molten plastic in the school’s bicycle shed.

Grade six school captain Lucy Bertrand said she was disappointed again after vandalism to the school’s ‘Frog Bog’ – a student built habitat for frogs, including three ponds, plants and a wooden footbridge – was vandalised last week.

“It is very disappointing that someone would disrespect the school, the staff, the students and the community of Morwell by causing this damage at our school,” Lucy said.

About 8.30pm near the corner of Jill Street and Hopetoun Avenue, a fire was set next to a vehicle, altering the mud flap.

Half an hour later, a third fire was lit by lighting tree bark in a letter box in Buna Street.

“I think the three incidents are related and a group of kids were walking around setting stuff on fire,” Detective Senior Constable Sanderco said.

“It is disappointing to police, time consuming and potentially quite dangerous.”

“It’s not all of them, but I think they’re coming in and seeing an opportunity to do something,” Ms Smyth said.

“I certainly wouldn’t say it was all skate park kids, but I do think it (vandalism) has increased since the skate park (was installed) simply because of the volume of children coming through the school outside of hours.”

Ms Smyth said she was meeting with security personnel to implement new security measures and was considering installing security cameras as a deterrent.

“It’s going to cost us $1000 dollars to install cameras, but in the long run we’ll be saving money,” she said.