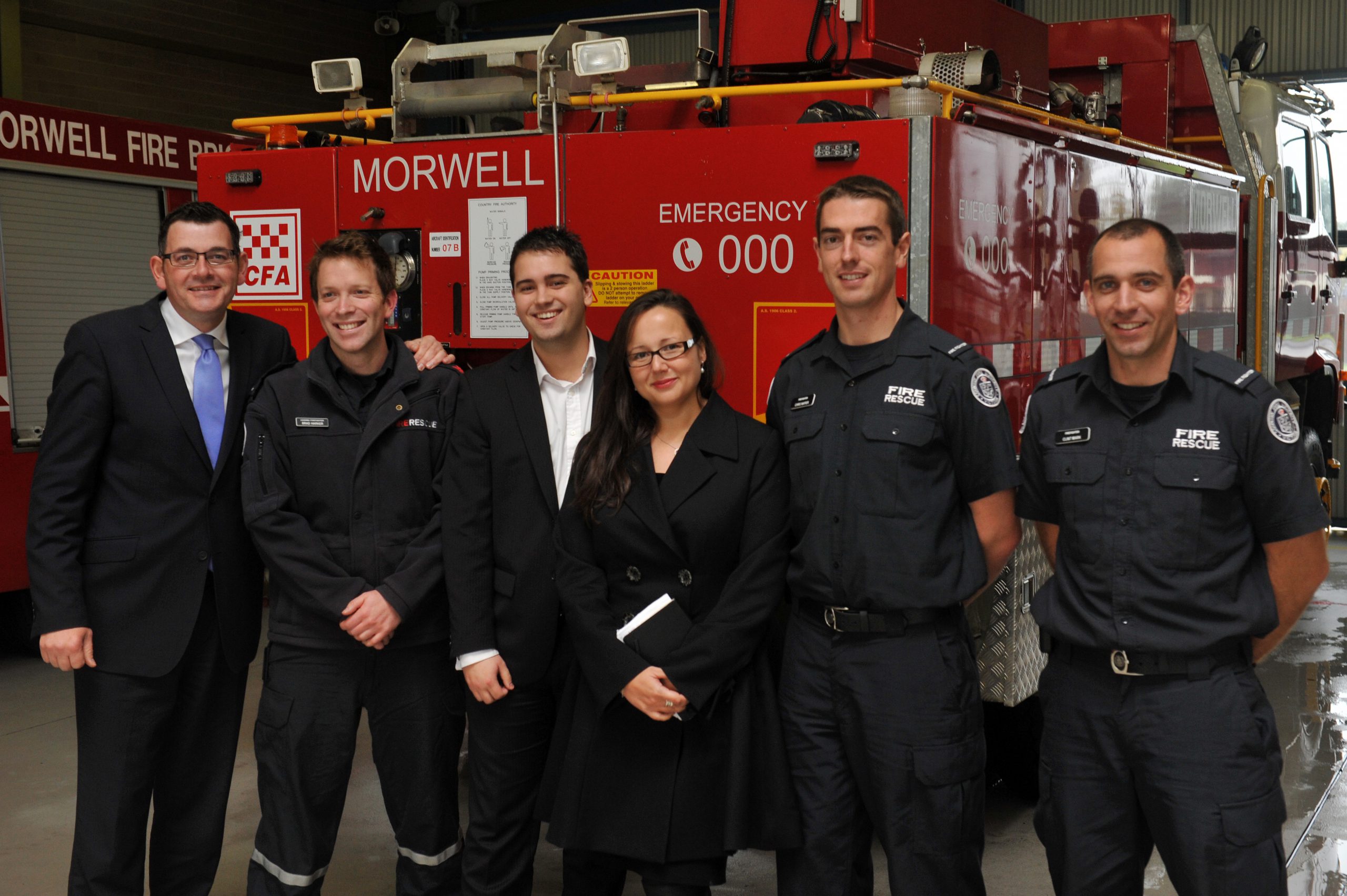 During his stop-off, Mr Andrews also spoke with members of community group Voices of the Valley.

He said he gained a sense health concerns were still the main issue yet to be adequately addressed after talking with the organisations.

“Health was probably the number one issue, a range of concerns about a lack of a coordinated and specialist response to lots of health issues that just aren’t going away,” Mr Andrews said.

“The smoke’s gone away but the ash is still there… it’s not on the news every night, but the symptoms and the ill health and the upset and concern and trauma of this is still there.”

During discussions, one firefighter voiced worries that crews working in stations had suffered worse health impacts than those working in the mine as they were not being monitored.

“Health challenges and so many other issues will still be really significant this year and perhaps the year after and many years to come,” Mr Andrews said.

“There’s no specialist clinic, no support for families that are desperately concerned that their children are unwell and are going to have limited futures,” he said.

“They’re going to have respiratory problems for a long time.”