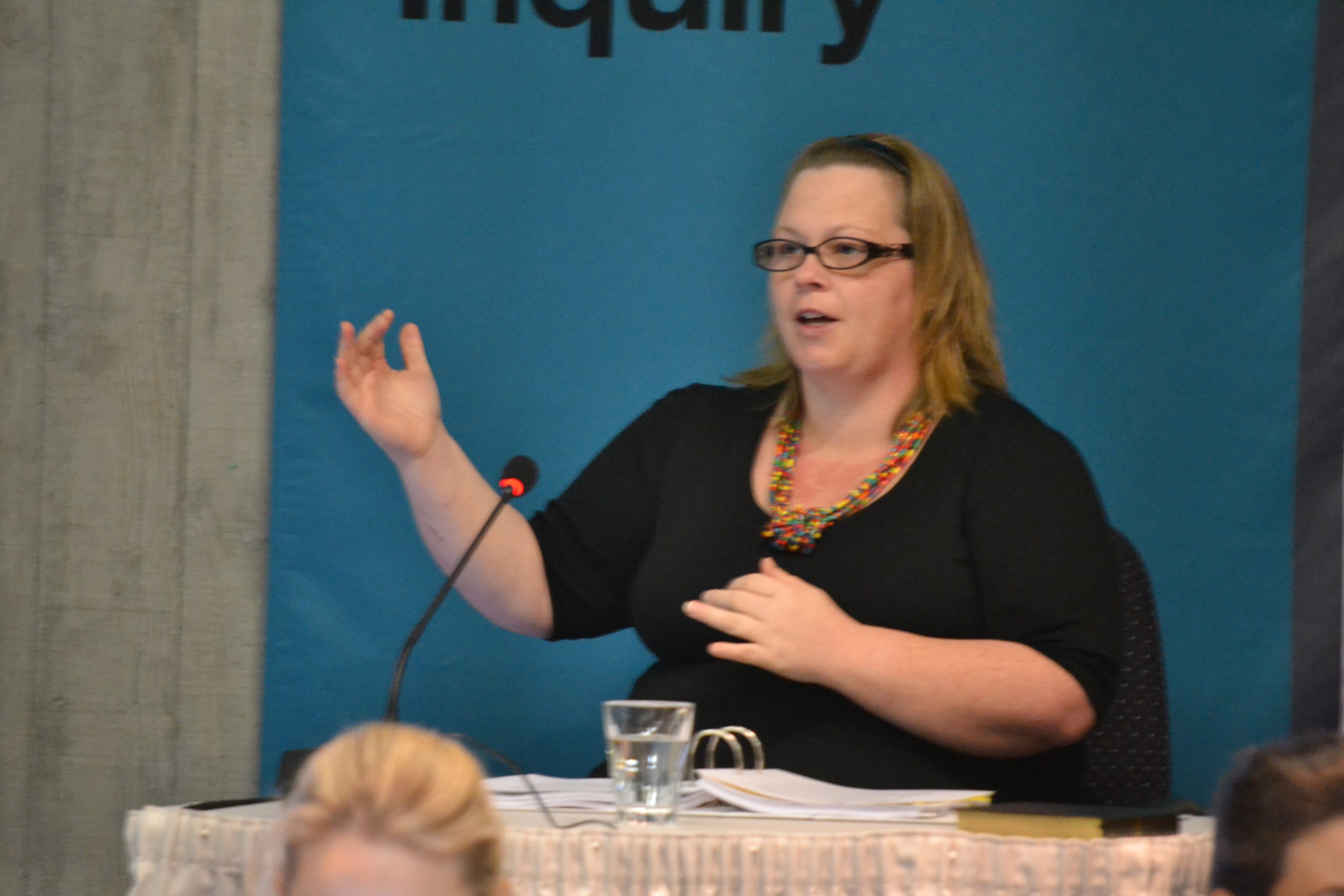 Morwell resident Lisa Wilson was brought to tears on Thursday detailing her frustration when trying to find vital health information for her unborn child during the fire.

Speaking bluntly about her experiences at the Hazelwood Mine Fire Inquiry, Ms Wilson, a homeless network coordinator for Quantum Support Services, detailed a confusing and unhelpful journey in her quest for information.

Coming home to Morwell from a Queensland holiday on 10 February, 18 weeks pregnant, Ms Wilson’s attention quickly turned to the health of her gestating first child.

“We came home to what appeared to be very smoky and gritty air and we came home to probably some uncertainty more so than anything, trying to understand what was going on,” Ms Wilson said.

She said while she was at first optimistic about support lines available such as the Nurse on Call service, she soon found her fears were not allayed easily.

“(We wanted to know) what we could do to make sure that the pregnancy was safe and that we were healthy enough to help that pregnancy,” Ms Wilson said.

“We had a child that was developing at about 18 weeks, so lung development stage for a child, and not knowing whether or not there was an increased risk to our child due to what was in the air.”

Despite pursuing numerous information portholes online and through government departments, the Inquiry heard she “struggled” to find appropriate information, and was left feeling helpless to take care of her unborn child.

“That left me feeling as a woman, who I think is relatively well educated and well connected to her community, as inadequate and unable to make a decision for her family,” Ms Wilson said.

She said by the time State Government advice was upgraded for ‘at-risk’ residents in Morwell’s south to relocate, it was “only a matter of days” before “everything was fine”.

“I think when you look at any crisis it’s very hard to make the right decision at the right time, but you really do rely on the authorities that are in a position of authority, because you expect them to have all of the information available to them,” she later said.

“That means that anything shared with the community is up-to-date and relevant and it allows you to make an informed and considered choice.”