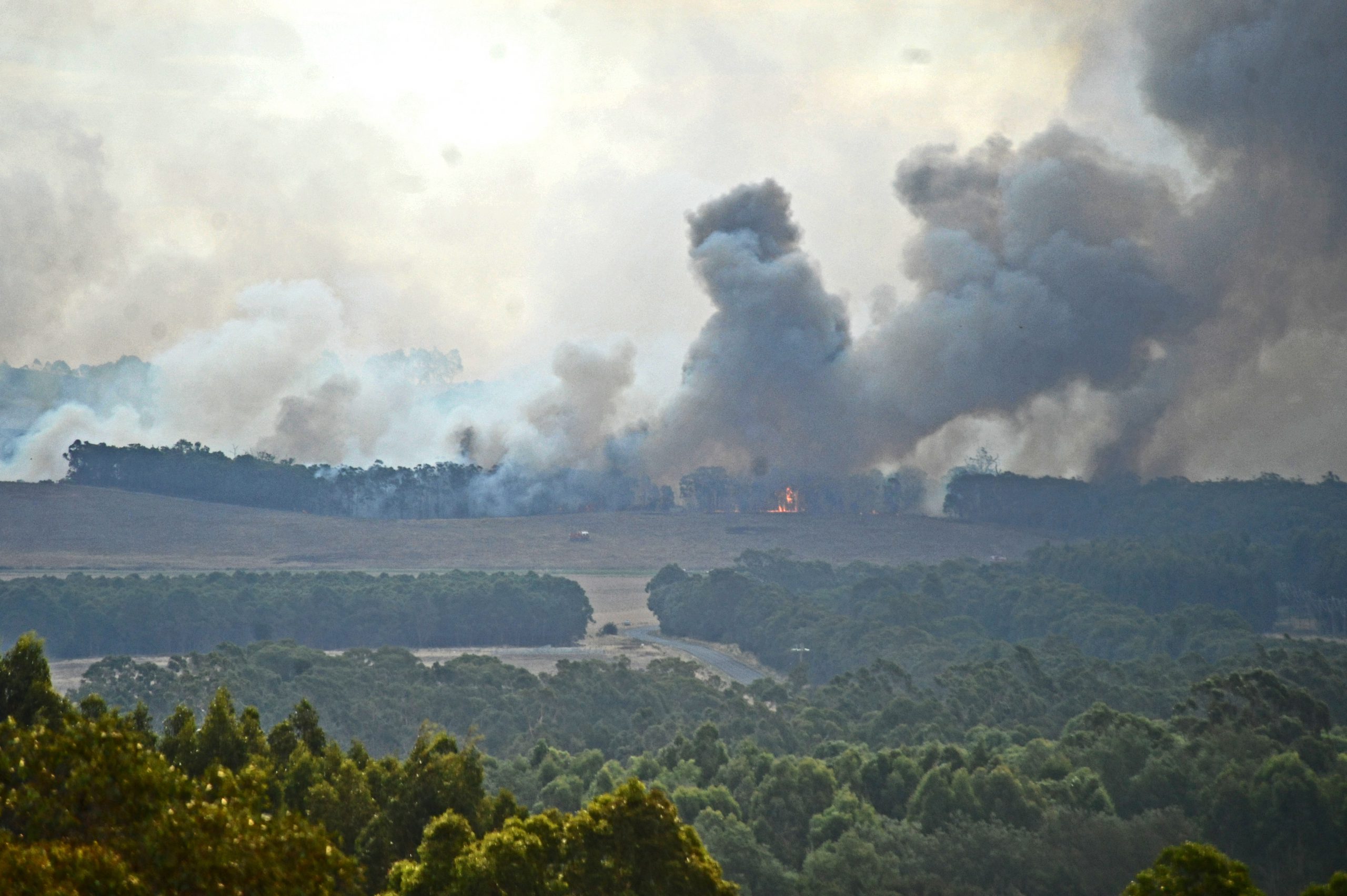 A final submission to the Hazelwood Mine Fire Inquiry has concluded the fires in the mine started as a result of ember throw from the Hernes Oak blaze.

Counsel assisting the Inquiry Melinda Richards said in her closing statements on Tuesday, it was possible, but “much less likely” the fires were ignited by ember throw from the Driffield fire and there was no evidence before the Inquiry that they started from sources within the mine.

The official position of Victoria Police and the State Government in the weeks following the mine fire was that it was caused by the arson-lit blaze at Driffield.

On 22 May The Express reported inconsistencies in this causal link between the Driffield and Hazelwood fires, through numerous frontline testimonies from mine workers and firefighters.

Ms Richards told the Inquiry on Tuesday the Driffield fire took off in the direction of the open cut on 9 February, but it was “responded to very swiftly” by the Country Fire Authority and mine crews and as such did not pass over the Morwell River diversion, which acted as a fire break.

She said although suspicion had been raised in numerous submissions to the Inquiry, there was no evidence that the fires, “particularly the fire in the northern batters” started from internal sources.

“Notably, there is very clear evidence before the Inquiry that the fire in the northern batters started about 300 metres to the west of the fire hole that had been clay capped and has been referred to in evidence as ‘Old Faithful’,” Ms Richards said.

She said there was also no clear evidence before the Inquiry that fire established in the west field of the mine.

Ms Richards said a morning fire in the area caused by a mechanical fault on an idler was reported to WorkSafe, but it was rapidly extinguished and “didn’t form part of the matrix of events that afternoon”.

Ms Richards said there was evidence in a report by a CFA investigator that the Hernes Oak blaze, which started on 7 February, was caused by inadequate control of a campfire and was under police investigation.

She said it was counsel assisting’s submission that about 1.15pm on 9 February the fire broke its containment lines in the northeast and moved “very quickly” towards the Hazelwood open cut and Morwell.

It moved so quickly, she said, that it was not safe for firefighters to attack directly.

The wind changed and redirected the flank of the fire towards Morwell, spotting on the other side of the town and eventually threatening Australian Paper’s Maryvale Mill, the Inquiry heard.

The Driffield blaze, which started from a series of fires along the Strzelecki Highway, continues to be the subject of an arson investigation.