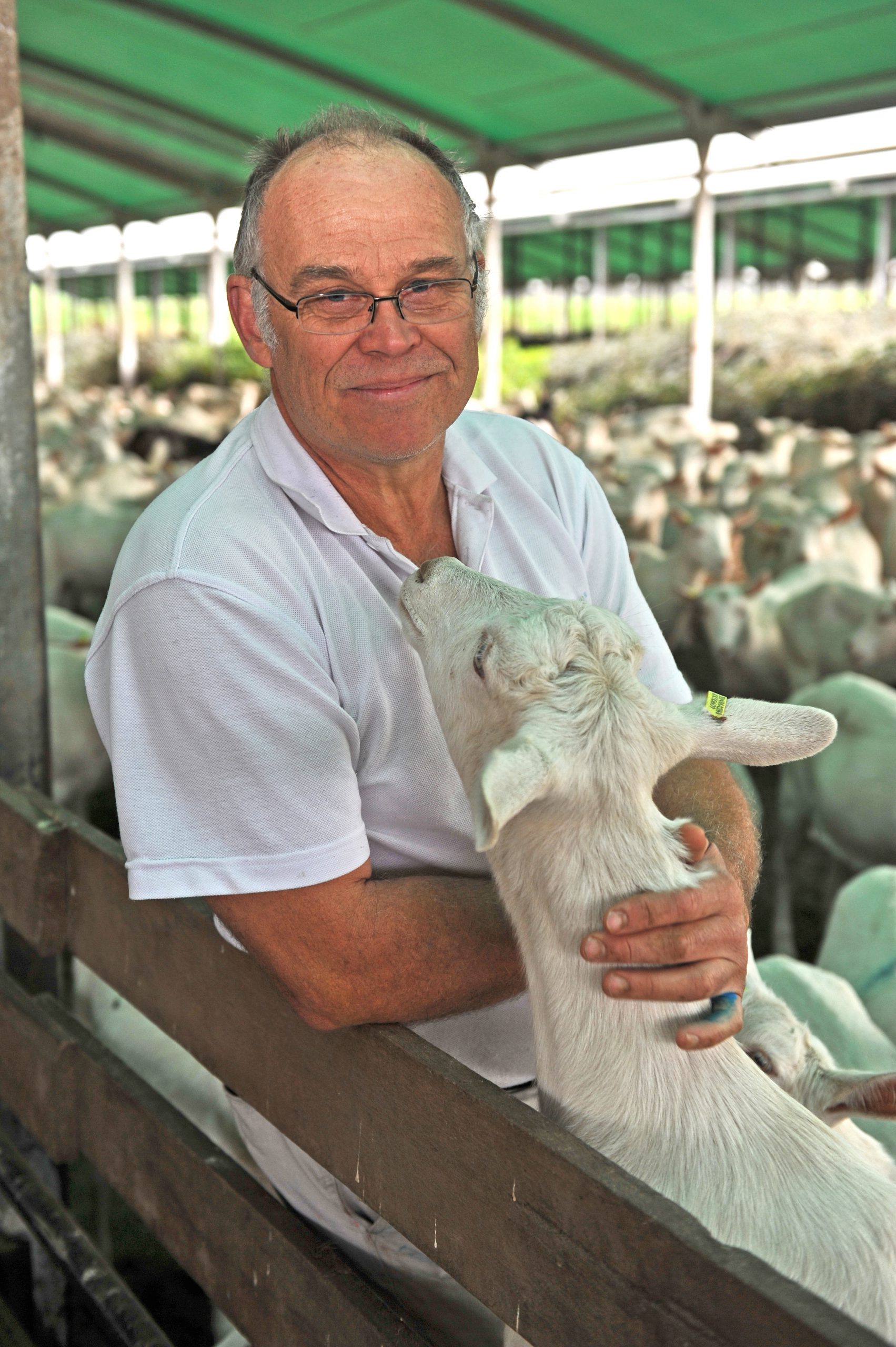 Renowned for its cute goatee, eternally cursed for its ability to chew through the most expensive of attire, the cheeky goat is making a name for itself on Moe’s outskirts.

“It’s a beautiful animal to milk, but one hell of an animal to farm.”

“Don’t get me wrong, they are very productive, wonderful animals; they are very clean in the shed to milk and they have a great ability to replace themselves quite quickly,” Mr Gommans said.

“But they aren’t cows – they require a certain level of dedication to ensure they stay fit and healthy.”

In less than a decade since the New Zealander relocated his goat milking expertise from across the Tasman Sea, the Caprilac brand has established itself as one of Australia’s biggest goat dairy producers, putting yoghurt, milk powder, cheese and fresh milk to market.

While only a fraction of New Zealand’s total goat milk output, where sales have grown 900 per cent since the early 2000s – from $20 to $200 million – Mr Gommans reckons Australian goats have the potential to compete.

“I don’t see why that industry growth cannot be emulated in Australia; what we are doing here is just following along in their footsteps,” he said.

Having farmed dairy goats intermittently on a smaller scale since the mid 1980s, Mr Gommans saw Australia’s untapped potential during a Melbourne visit to purchase dairy processing equipment in 2005.

“I was in Australia looking at a bit of (dairy) manufacturing equipment from a former Bonlac unit in Keysborough, and it occurred to me it would be more simple to bring some goats from New Zealand rather than transport all that equipment the other way,” he said.

“There were some other participants in the industry over here, but it was basically focused on goat cheese – there was no (milk) powder and I believed there was a real opportunity to do milk and yoghurt as well.”

“We just brought the Bonlac site then set about buying a farm; from there we flew 500 young goats over on a plane and also purchased about 500 here in Australia and commenced farming from there, selling our milk and growing our margins.”

Before long, output from the Latrobe Valley farm accounted for about half of the goats’ milk produced in Australia.

“We’ve grown quite nicely, starting from six people on farm, we now employ close to 30 across the farm and factory; like all start up businesses in emerging industries we have to sift through the ideas and trial them, so I wouldn’t argue if one would assume we are still getting on our feet,” he said.

With five suppliers recruited from across Victoria and beyond, the Trafalgar East farm now represents about a third of Australian produced goat’s milk.

In May the company announced it would begin stocking fresh goat milk at every Coles store across Victoria and New South Wales.

“You’ll find that goat’s milk is a product which health conscious mothers will feed their young children with normal milk allergies,” he said.

“There’s a belief in (parts of the) community goat milk can provide health advantages to those young children and there’s a growing demand for it.”