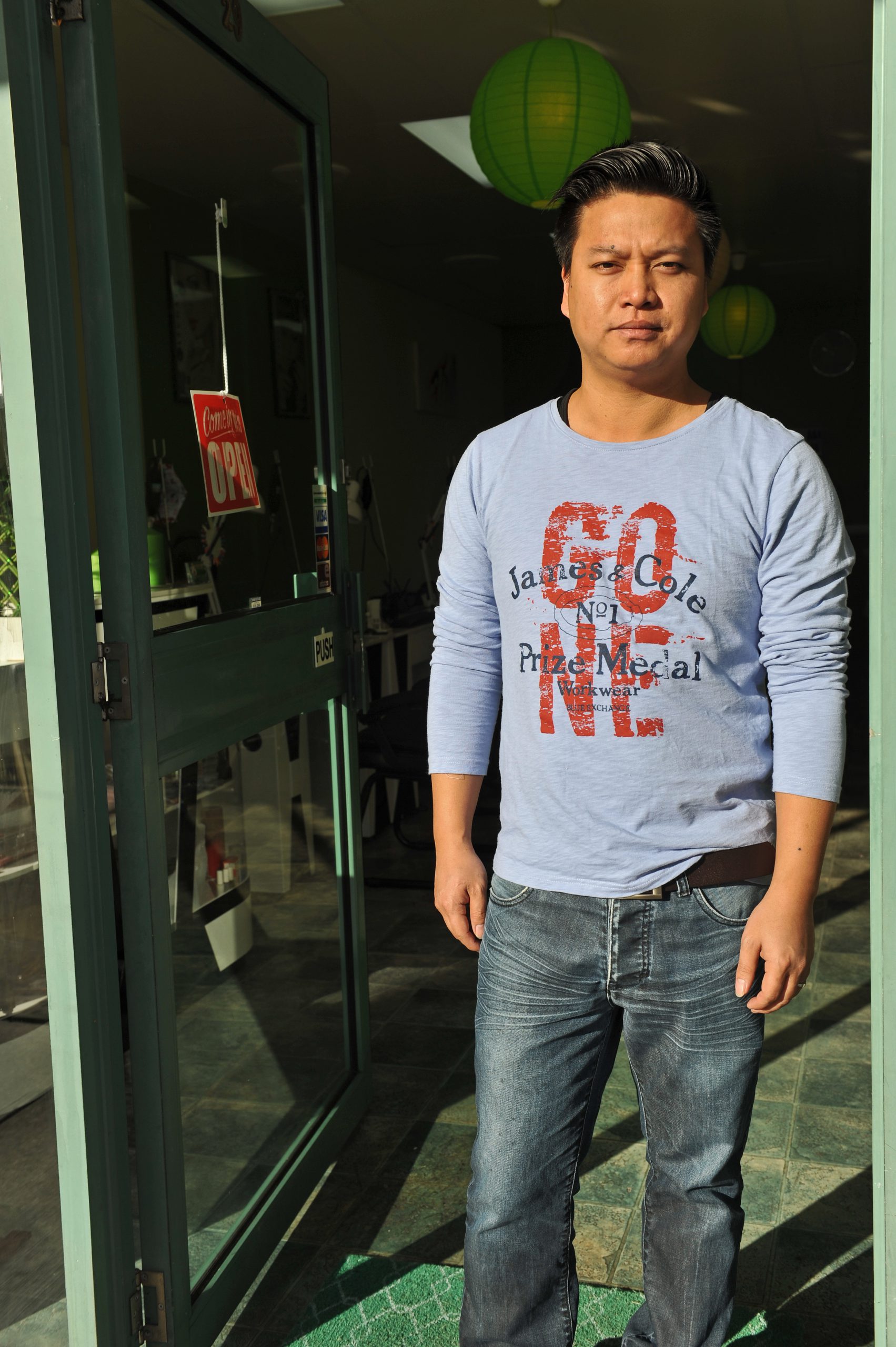 A TRARALGON business owner fears for his family’s safety after his shopfront was vandalised four times since its opening three weeks ago.

During the first attack on Kevin Phan’s nail salon shop honey was poured over the doorway and eggs were thrown at the windows.

The subsequent attacks involved the windows being smashed after objects were thrown through them.

“When they came the first and second time, I thought it was a kid playing around or some kid on the weekend, but it’s been on weekdays.

“I think for sure someone doesn’t like us because they keep targeting our shop.”

Mr Phan said the attacks were affecting his family’s health and wellbeing.

“It’s not only affecting us physically by costing money and time… it’s having a significant impact on my wife because she is pregnant at the moment,” Mr Phan said

“She’s getting so scared, stressed, she can’t eat and sleep many nights – I’m getting so worried about her.”

While Traralgon police attended the scenes of vandalism each time, Mr Phan was disappointed CCTV cameras could not see his shopfront, but he has since installed a security camera.

“It is not right, and we deserve to live in a safe area and people doing wrong things should be stopped by police,” Mr Phan said.

If you have any information regarding these acts of vandalism, phone Traralgon police on 5174 0900.