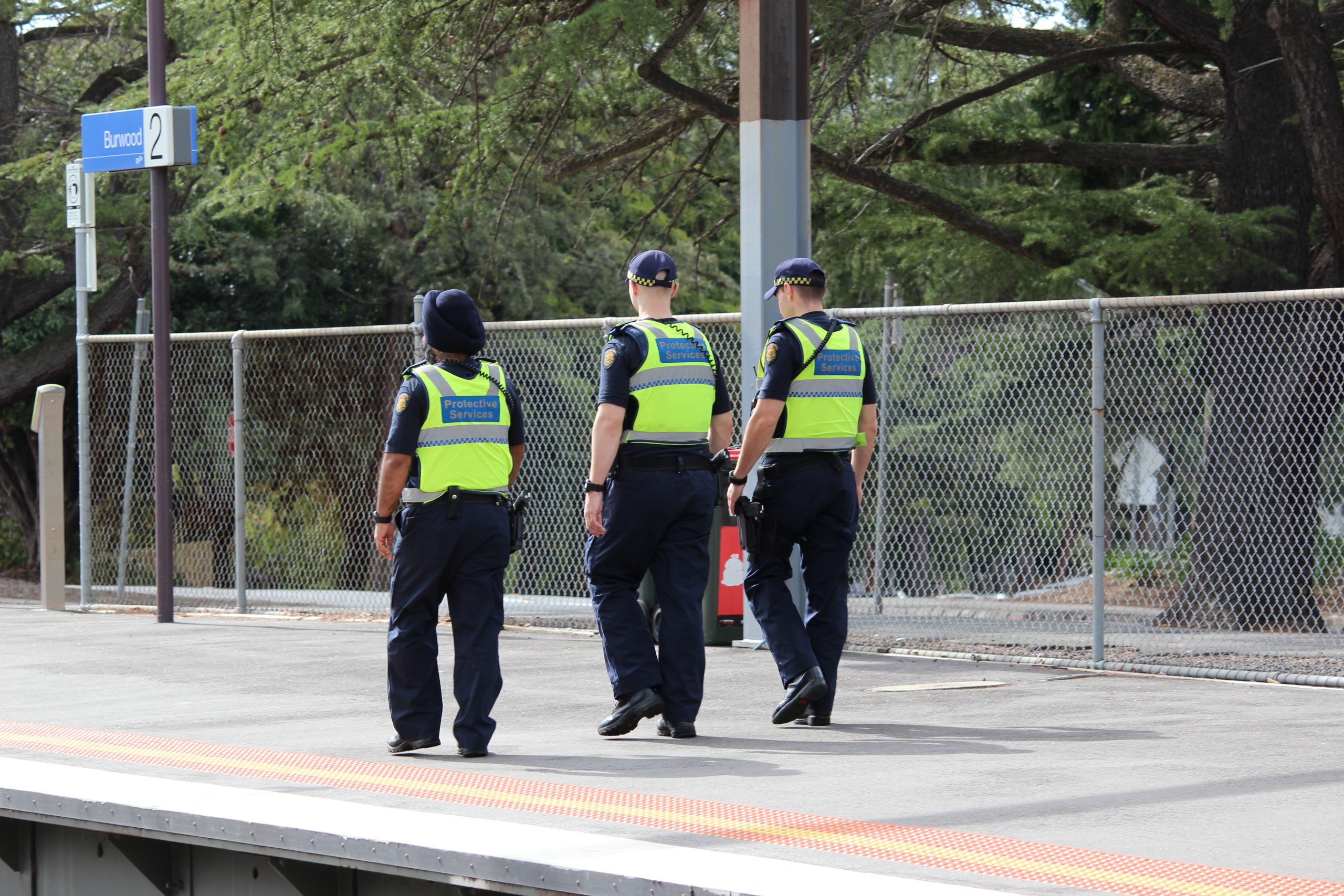 Traralgon train station is on track to receive five armed guards by the end of August, two-and-a-half years after the ‘protective services officers’ began rolling out across metropolitan stations.

Latrobe police Inspector Dean Thomas confirmed the PSOs would be assigned by the end of next month, where construction of a dedicated infrastructure, including a holding cell, was recently completed.

Traralgon is the last of Victoria’s designated regional centres to receive PSOs, with officers assigned to stations in Bendigo, Ballarat, and Geelong in May.

The implementation will see two PSOs patrolling the station platform every day from 6pm until final service to help curb anti-social behaviour, vandalism and drug and alcohol offences.

The rollout comes as part of a commitment to see 940 PSOs deployed across the Victorian rail network by the state election in November.

Meanwhile the State Government has spruiked its milestone of delivering 1700 additional ‘frontline’ police officers during this sitting term.

As part of the rollout, Latrobe, Baw Baw and Bass Coast service areas have collectively seen about 53 full time equivalent officers assigned, an increase of 14.4 per cent.

Police Association of Victoria secretary Rod Iddles said the division of resources across the state had seen the Latrobe PSA “fare well” compared to other regional PSAs.

“The State Government should be commended for this milestone, however we need to look at the definition of the ‘frontline’,” Mr Iddles said.

“These guys are first responders wearing the blue shirts first on the scene to domestic and street violence; of that 1700 only about 1000 will actually hit the streets, the rest will be appointed to taskforces and other work.”

While Inspector Thomas was unable to detail the exact number of extra officers assigned to Latrobe, he said there had been a significant expansion in local capability.

“This has provided us with the ability to conduct proactive operations and prevent the crimes from occurring rather than reacting once they have occurred,” Inspector Thomas said.