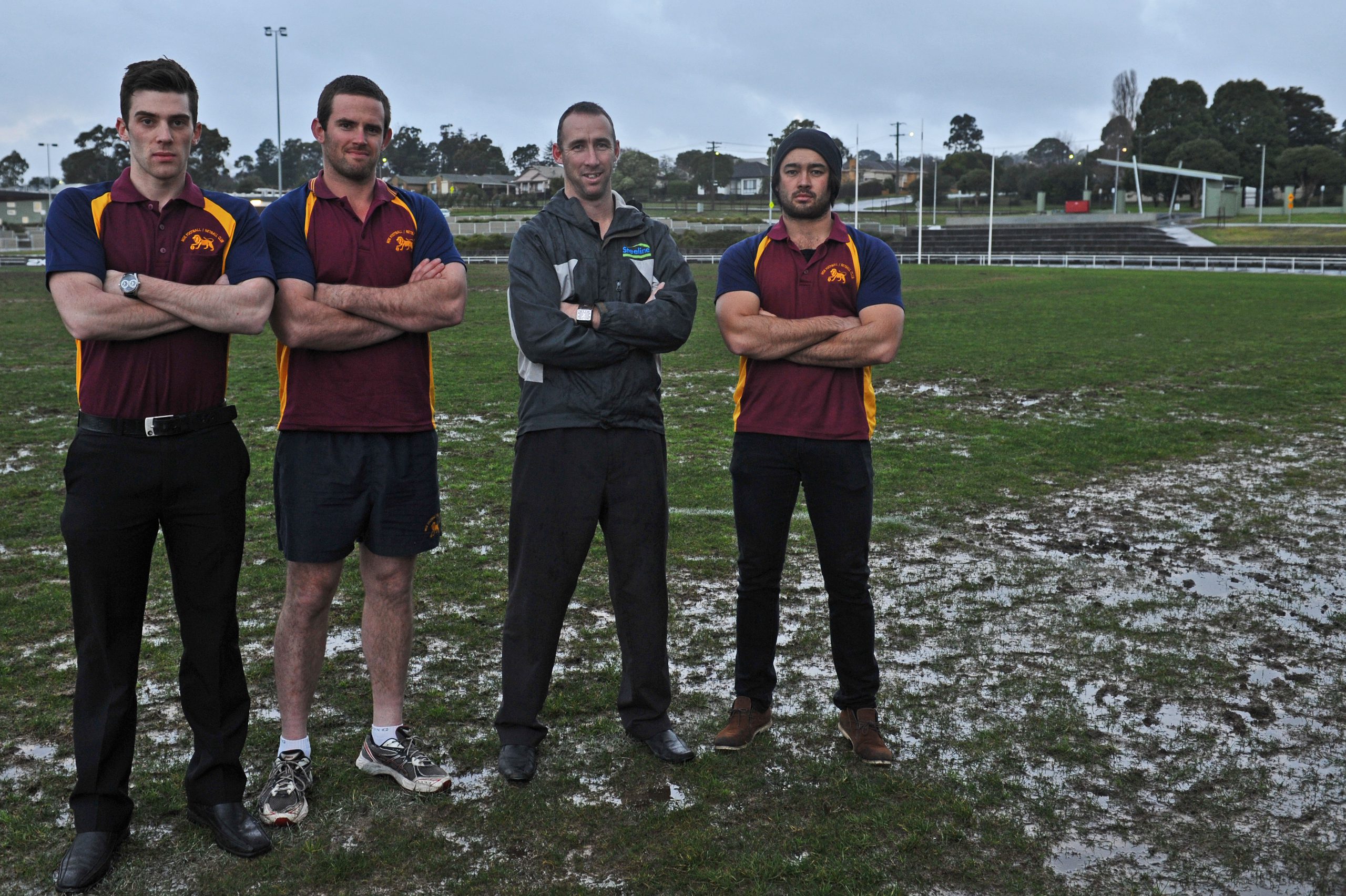 Players, coaches and club-members frustrated with the boggy playing surface at Ted Summerton Reserve are expected to have their calls to fix drainage problems answered soon.

Senior coach Adrian Burgiel said the “terrible” condition of the surface had forced his team and other grades to train elsewhere.

“We’ve been able to train at Lowanna College inside. It’s not too bad, it’s obviously not ideal,” Mr Burgiel said.

“We can’t train properly. You’re inside and can only kick 20 metres maximum. We can’t do any competitive work or tackling drills.”

Off the ground, club president Manny Gelagotis said the surface affected sponsors, the club’s chances of hosting a final and had tarnished its reputation, along with that of the Gippsland League.

Mr Gelagotis said the club had been working hard with Latrobe City Council to see the problems addressed.

He said the ground’s woes had continued despite a $5 million redevelopment in 2010, which included new drainage, an irrigation system and total resurfacing.

“We believe something’s been wrong from day one,” Mr Gelagotis said.

“The ground cannot be as bad as that. We can’t do any more as a club to look after it.”Y

Mr Blackford said council had also engaged an additional consultant specialising in turf management to provide advice on this issue.

“Once these inspections are complete we expect to receive a report as soon as possible so that we can plan for works to address the current drainage issues at the end of the football season,” Mr Blackford said.

Mr Gelagotis said it was critical the ground was resurrected.

“If we don’t get this right post footy season it’s going to be a big problem,” Mr Gelagotis said.

“The ground needs to be overhauled and fixed for it’s long term future. It’s such a significant investment.”