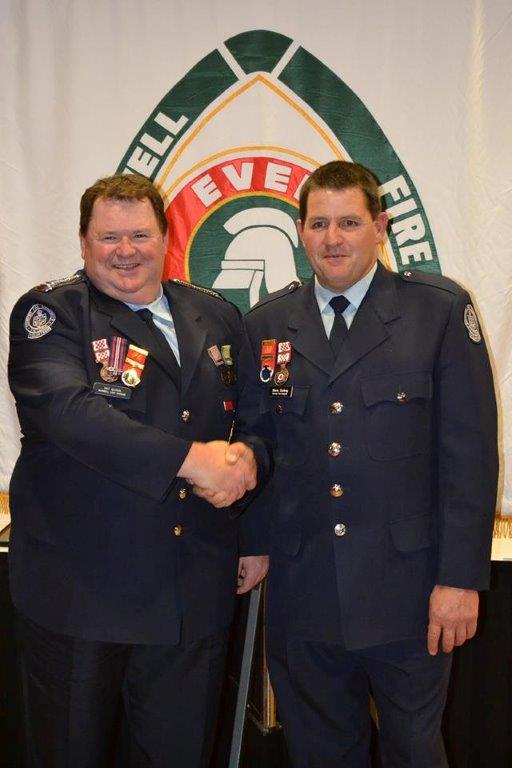 Mr Quinn said the honour was not only a significant personal achievement, but also recognised the importance of volunteer work with the brigade.

“The brigade’s 100th birthday coming up next year further underlines the strength of our organisation,” he said. “Steve and I have been an integral part of this history alongside many other stalwarts who have graciously volunteered their time.

“We encourage others throughout our local community to give serious thought towards becoming a volunteer for the Morwell brigade. There is plenty of training provided; no-one is left out.”

The Commendation for Service Award for showing exemplary leadership service during the Hazelwood Mine fire earlier this year was given to Mr Mynard and Lieutenant Pat Quinn.

The brigade auxiliary was presented with a cake to celebrate 60 years of service.